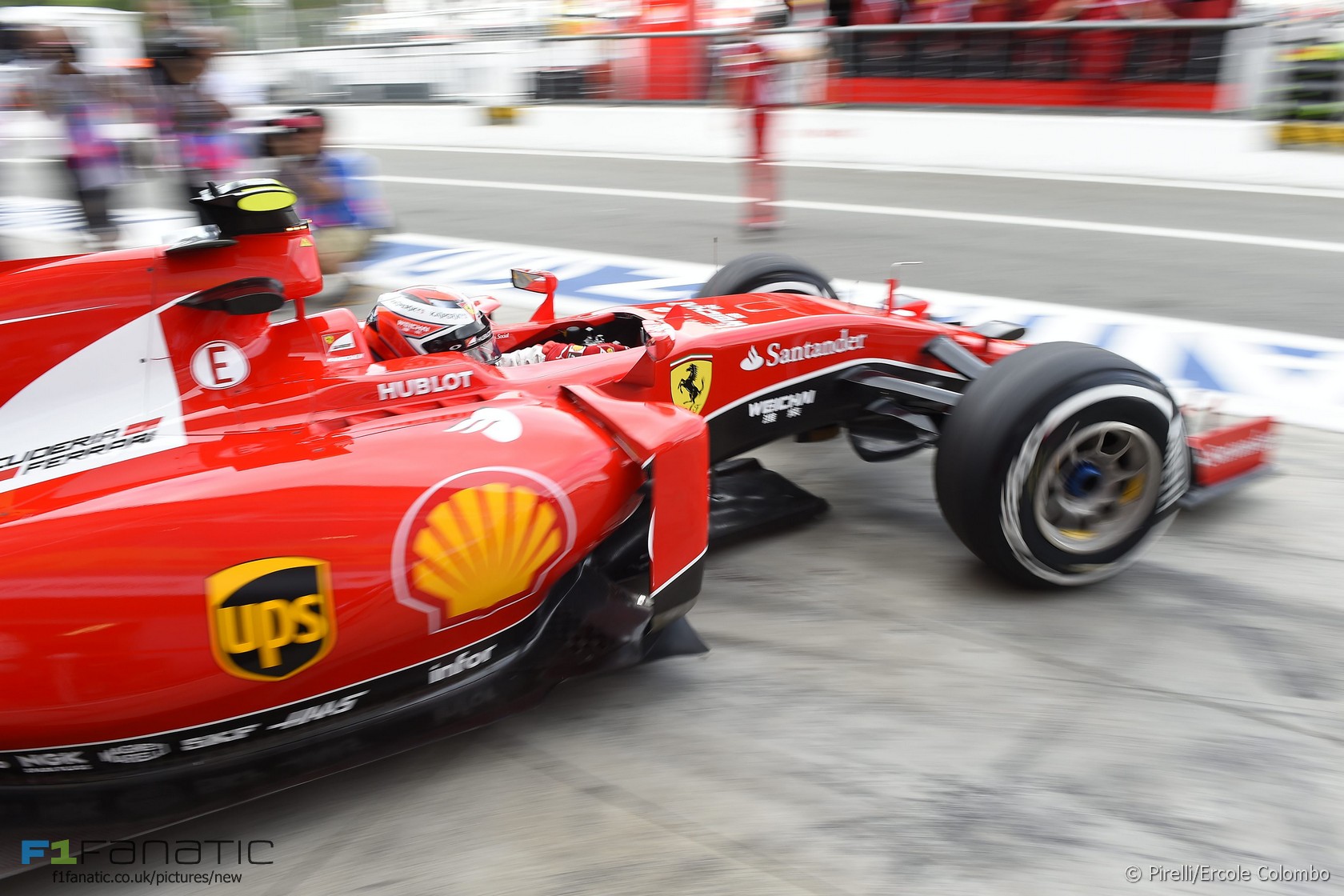 F1’s effort to draw a curtain across the explosive tyre failures seen during the Belgian Grand Prix weekend has not been an exercise in subtlety.

After FOM issued a rare, gushing statement in praise of its official tyre supplier yesterday, Pirelli’s motorsport director Paul Hembery today spoke of a desire to see everyone “singing off the same hymn sheet” when concerns about their tyres arose.

But while he tried to characterise the reaction to the two high-speed tyre blow-outs in Belgium as “exaggerated”, Pirelli’s attempt to enforce a significant change in tyre pressure limits ahead of the Monza race weekend spoke volumes about how seriously they were taking the problem.

Increasing the tyre pressures has been Pirelli’s typical response to the kind of failures seen at Spa two weeks ago. Comparisons can be drawn with similar problems at other high-speed venues, notably Silverstone in 2013 and Spa in 2011.

Forcing teams to use higher tyre pressure reduces the amount of the tyre’s surface area which is in contact with the road and eases the strain on the sidewalls. This comes at a cost of performance, so inevitably it is going to be resisted by the teams.

Pirelli originally called for front tyre pressures to be increased to 23psi this weekend – 5psi higher than the same race 12 months ago, a substantial hike. Such was the opposition to this from some quarters – Lewis Hamilton described it as a “disaster” – that Pirelli gradually began to cede ground.

Various revised figures have circulated since then and at the time of writing the new limits are understood to be 21psi for the front tyres and 19.5 for the rears. Such was the confusion over the back-and-forth between Pirelli and the teams that Red Bull’s team principal Christian Horner admitted he was “not exactly sure” what the latest pressures were. “They seem to go up and down like a fiddler’s elbow,” he joked.

Teams also face limits on the amount of camber they can run. This is the extent to which the top of the tyre appears to lean in towards the car, which is done to maximise the tyre’s contact patch while cornering. The camber is being restricted to -3° at the front and -2° at the rear, compared to -3.5°/-2.5° last year.

One-stop strategies are the norm at Monza and with no red flags during today’s second practice session drivers were able to complete relevant mileage on the rubber without any failures occurring. At Spa, however, dozens of cuts had been observed on tyres which did not lead to any problems. So any problems which do exist may lie beneath the surface – literally and figuratively.

All this proved incidental in terms of the competitive order on the track. Mercedes enjoyed their usual comfortable cushion over their rivals, amplified by this being a power circuit and the W06s having the latest example of the three-pointed star’s motor.

Ferrari at least occupied the ‘best of the rest’ spot at their home event, albeit three-quarters of a second off the pace setters. Force India, whose revised VJM08 is extremely efficient in a straight line, produced enviable top speeds and had both cars in the top five in both sessions.

Williams, as usual, seemed to have a lot left in hand. “We’ve tested a myriad of mechanical components,” admitted head of performance engineering Rob Smedley, “new transmission developments, new suspension developments, plus other developments which we’re putting in the pipeline for the future”.

Ferrari’s preference for the softer tyre compounds and the sunny conditions expected on Sunday may well put them in a strong position for race day. But on one-lap pace the Mercedes-powered runners are likely to have a lot of fun in qualifying and could shuffle the red cars back to the fourth or even fifth row of the grid.

15 comments on “Tyre tweaks make no difference to Mercedes’ lead”