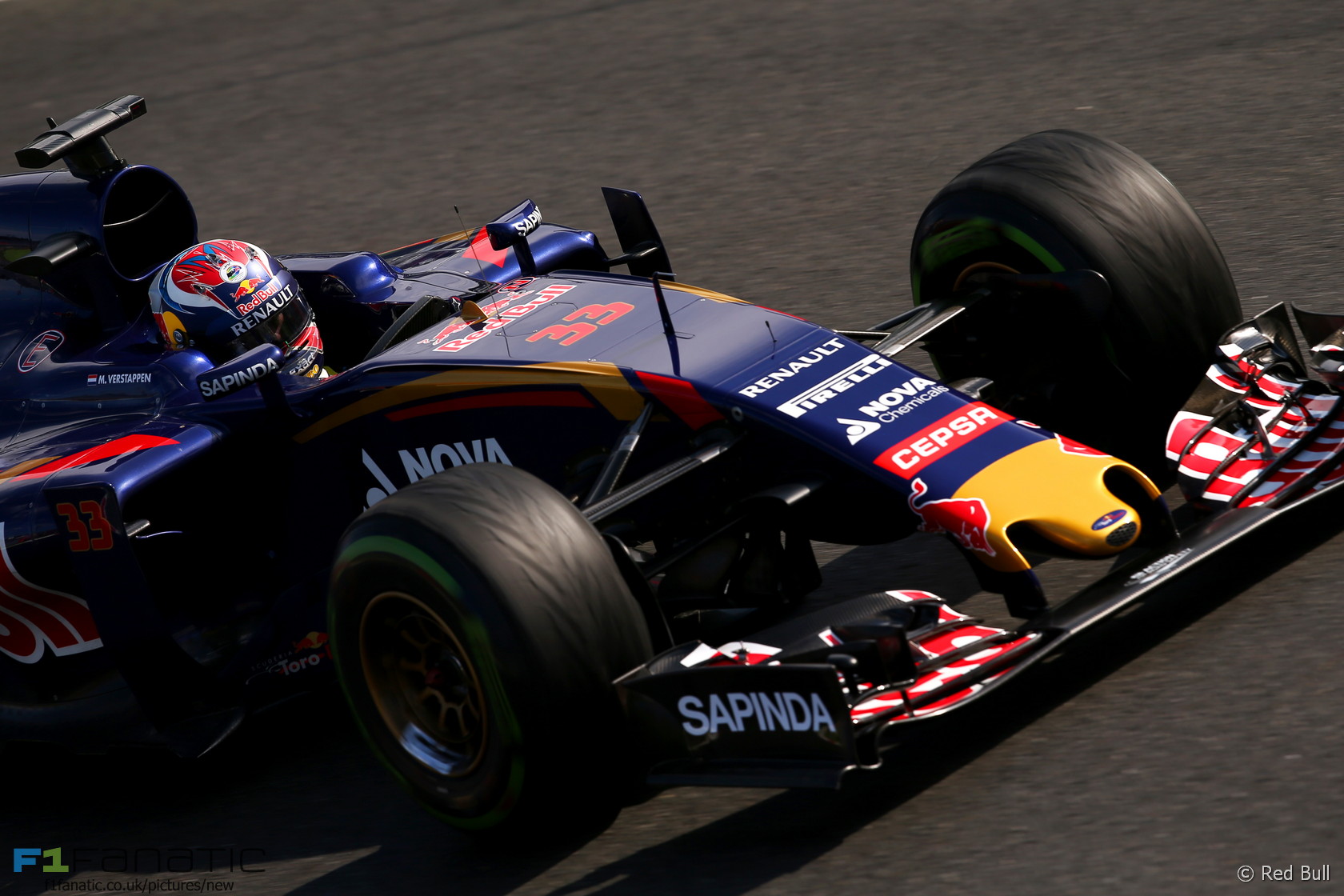 Max Verstappen has been given a drive through penalty for tomorrow’s Italian Grand Prix after the engine cover tore off his Toro Rosso at the end of Q1.

Despite the team battling to get the car out on the track for a single lap in the closing minutes of the first qualifying session, the engine cover ripped off of the Toro Rosso as Verstappen entered the Curva Grande, littering the circuit with debris.

The stewards have now imposed a drive through penalty for Verstappen after they deemed the team released the car ‘in an unsafe condition’.

Verstappen must serve his penalty during tomorrow’s race. The rookie is due to start from the very back of the grid after a series of penalties for power unit component changes before qualifying.

34 comments on “Verstappen given race penalty for engine cover failure”