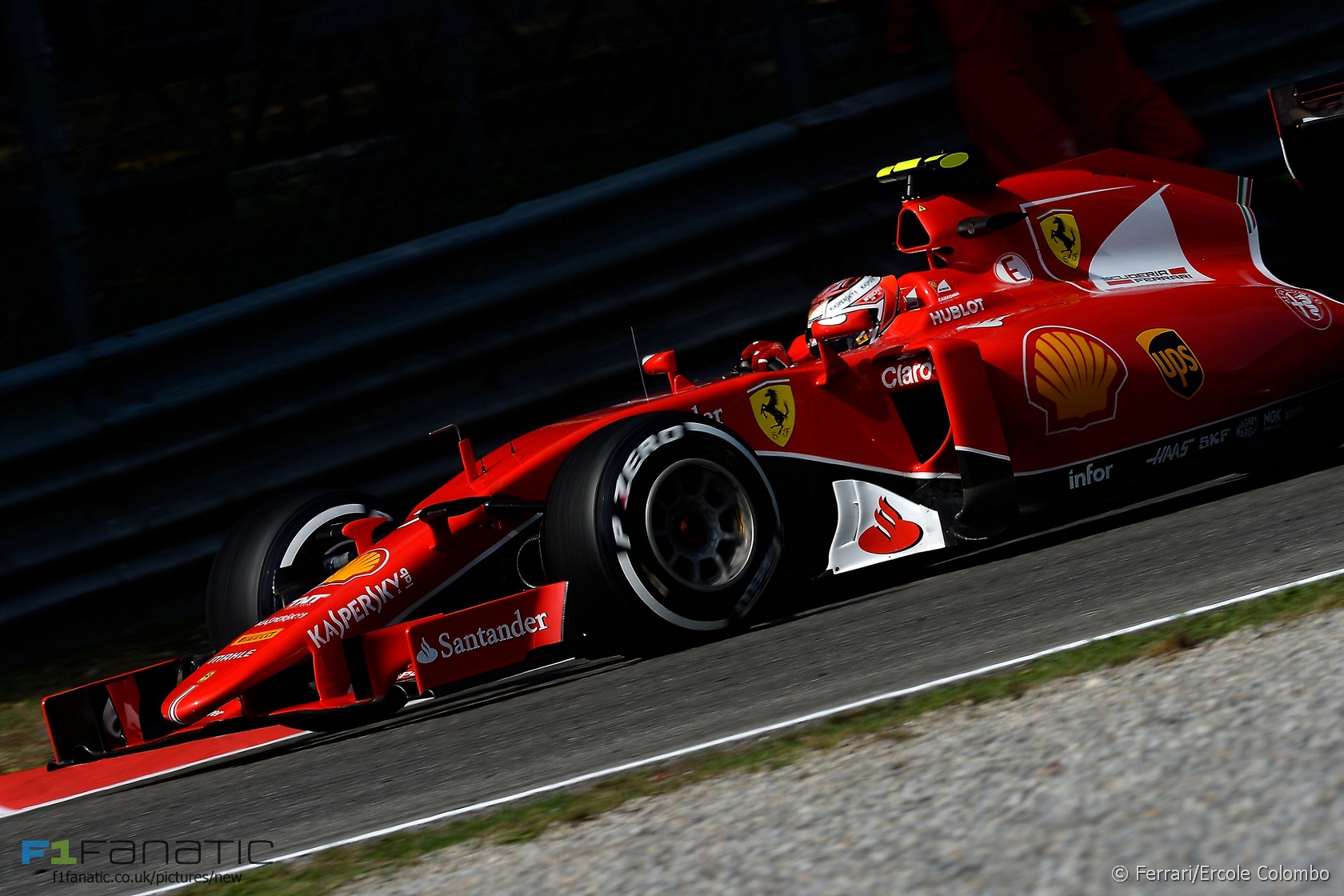 Kimi Raikkonen says Ferrari are surprised by their performance having secured second place on the grid for tomorrow’s Italian Grand Prix.

The Ferrari driver will line up on the front row of the grid for tomorrow’s race, alongside Lewis Hamilton, with team mate Sebastian Vettel behind in third.

“I think we probably surprised ourselves a little bit,” says Raikkonen.

“Obviously we expected a strong weekend, but we knew that this place is not our strongest, probably, and then the car turned out to be pretty good in qualifying conditions. We had many good laps.”

Tomorrow will mark the first time Raikkonen has lined up on the front row of the grid since the 2013 Chinese Grand Prix and the first front row start in a Ferrari since Monaco 2009.

“It’s been a while,” says Raikkonen. “It’s nice to be here and for us, it’s probably our best qualifying of the year as a team.

“So we’ll try to give it a good go tomorrow and try and get a good result, not just for ourselves but for the fans and all the Ferrari people who are behind us.”