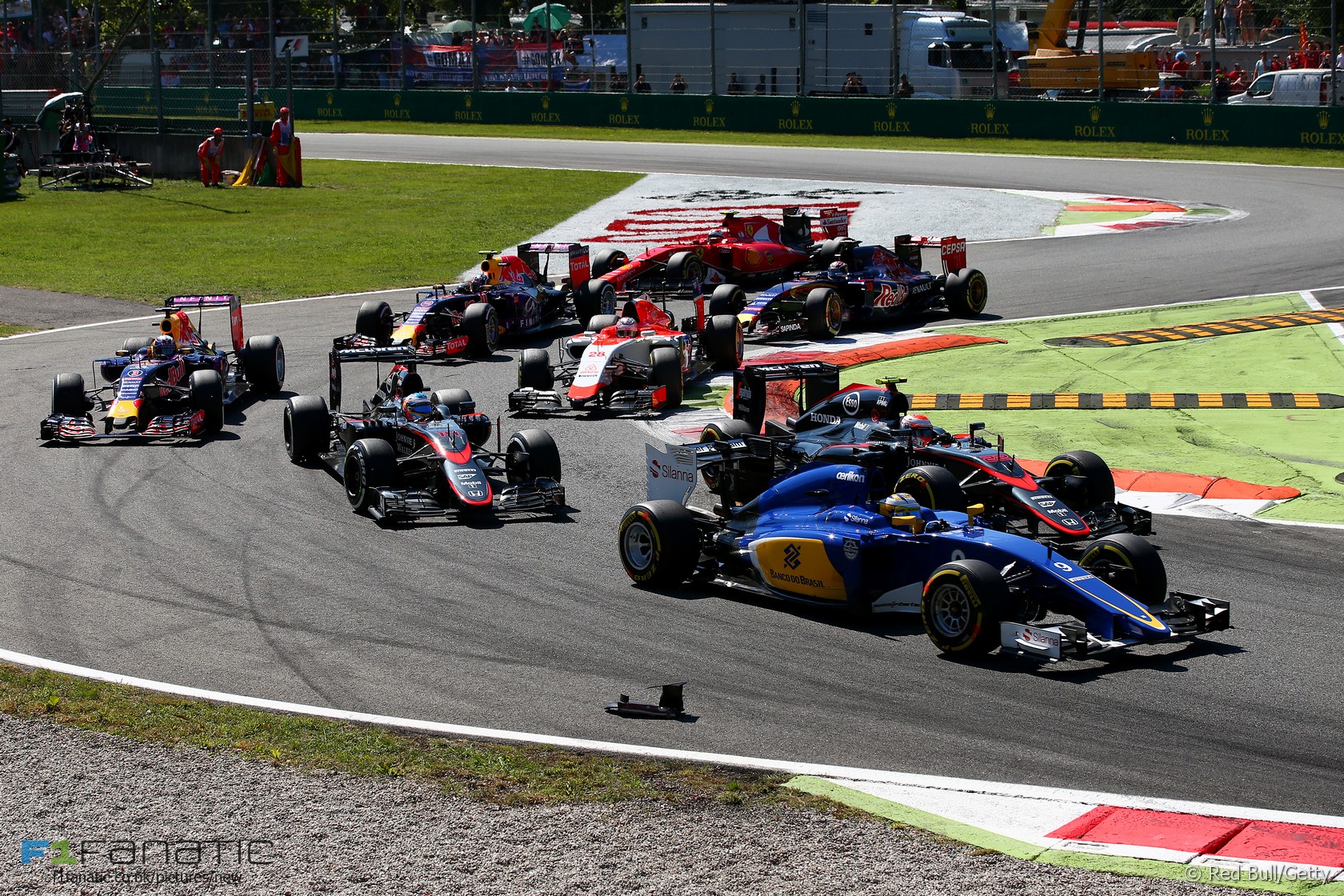 Kimi Raikkonen had to race through the field for the second race in a row after failing to get away at the start of the Italian Grand Prix.

The Ferrari driver was mystified about what went wrong but team principal Maurizio Arrivabene suggested “maybe he messed up a bit at the start”.

“But afterwards he was able to pass a lot of cars on the track with a fantastic race,” Arrivabene added.

Raikkonen was dead last as the field sprinted towards the Rettifilio chicane for the first time, but as the hectic opening lap unfolded he immediately moved back up to 14th place. He easily dispensed with Fernando Alonso the next time by and over the course of the next four laps Daniel Ricciardo, Carlos Sainz Jnr and the other McLaren of Jenson Button all fell prey to his Ferrari.

The team left him out on his soft tyres for as long as they dared, 28 laps – ironically as long as Vettel went on his mediums at Spa before one of them blew – by which time Raikkonen was urging his team to bring him in. He’d continued his rise to third place, many due to others pitting before him, and returned to the track on medium tyres in tenth place.

He eventually crossed the line in fifth place, passing both the Mercedes-engined Force Indias on the way and profiting from Rosberg’s late retirement.

13 comments on “Raikkonen recovers for fifth after ‘messing up’ start”