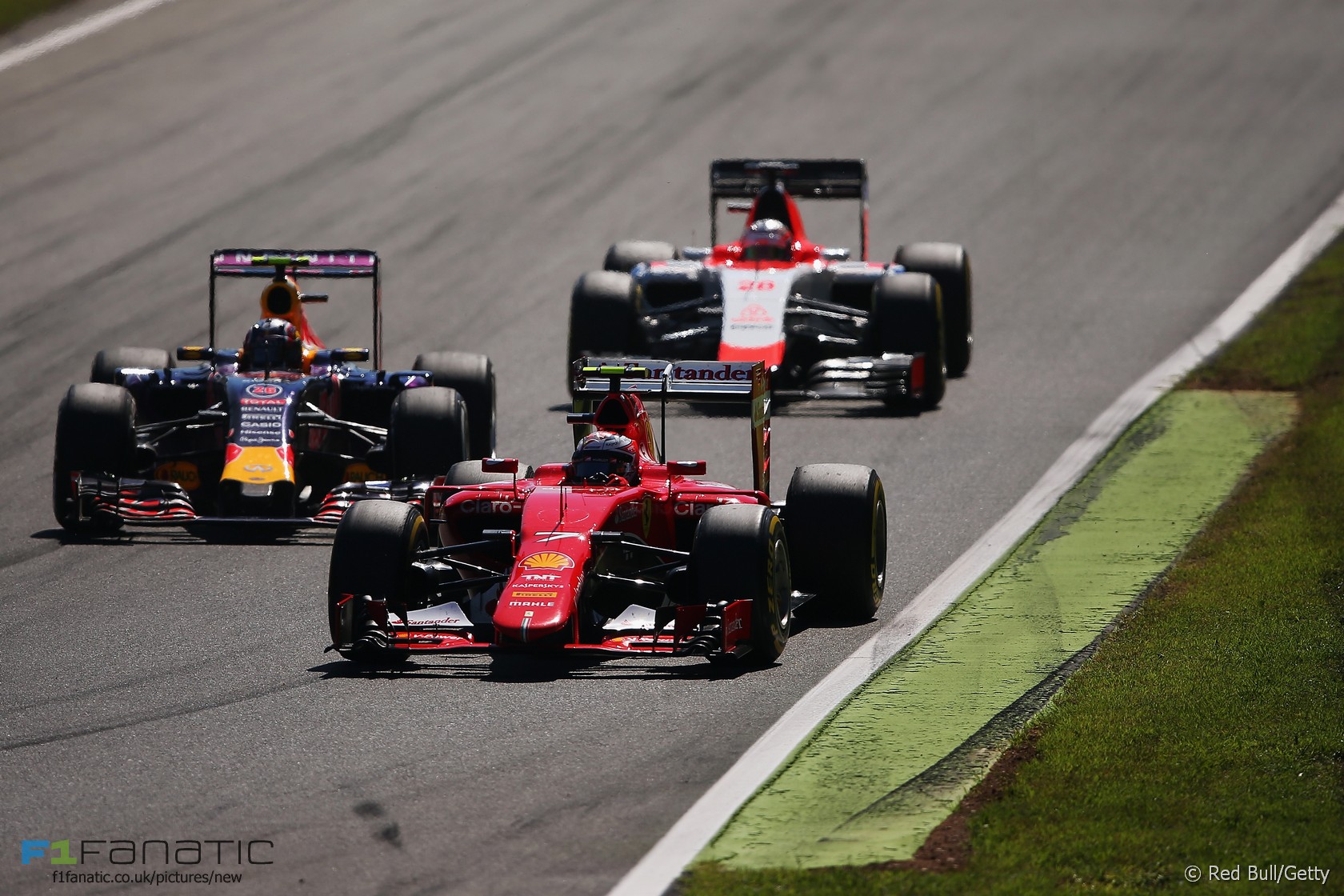 Kimi Raikkonen says he is disappointed after a disastrous start dropped him to the back of the field at the start of the Italian Grand Prix and forced him to fight back to fifth place.

The Ferrari driver was set to be the biggest threat to Lewis Hamilton at the start, but the car appeared to fall into anti-stall as the lights went out and Raikkonen fell to last place on the run to the first corner.

“I don’t know exactly what happened at the start,” says Raikkonen. “As far as I know I did everything correctly, but the car went into the anti-stall and did not move at all. I still don’t have the right explanation about what happened, but it’s a really bad thing that cost us a lot today.

“If you start from second place and after a few seconds you’re in last position it’s not easy to see the positive side of the race: we wasted a big opportunity to fight at the front.”

Despite the poor start, Raikkonen was able to quickly fight back through the field, ultimately finishing the race in fifth after a late pass on Sergio Perez’s Force India.

“The car has been working well all weekend and also in the race the behaviour was good,” says Raikkonen.

“We made the best out of it and in the end I managed to come up fifth. Obviously I’m a bit disappointed, as we were hoping for a better result in our home race in front of all our fans, but if we think that after the first hundred metres we were last it was still a good result.”