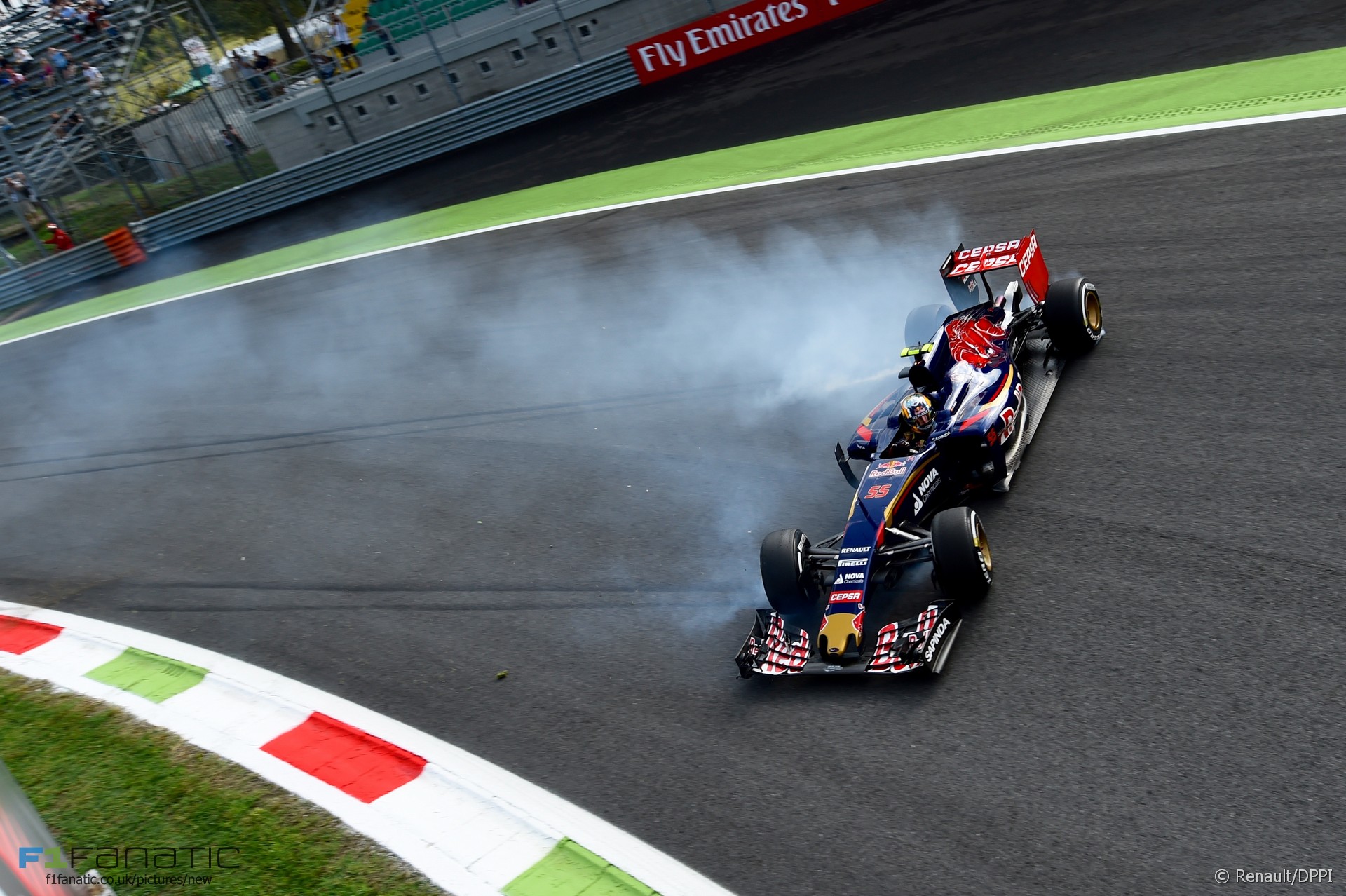 Ten of the best pictures which tell the story of the 2015 Italian Grand Prix weekend. For the second time in three races the drivers paid tributes to a fallen colleague. Before the race a minute of silence was held for Justin Wilson, who died following an IndyCar crash two weeks ago. Jolyon Palmer, Lotus’s test driver, joined the rest in adding his tribute to Wilson, who had previously been managed by Jolyon’s father Jonathan. Flow-vis paint was applied to Daniel Ricciardo’s helmet for testing purposes during practice. Carlos Sainz Jnr got his Toro Rosso into the kind of angles that made you wonder if his two-times World Rally Champion father was driving. Toro Rosso marked their tenth anniversary by lining up an example of each of their previous cars along with a current example at their home race. Jackie Stewart celebrated another anniversary: it’s 50 years since his first grand prix victory, which he scored at Monza in a BRM P261. Another dire weekend for McLaren. Fernando Alonso chased team mate Jenson Button in the closing stages of the race until his power unit let go. A few years ago the sight of two Red Bulls, two McLarens and a Ferrari at the rear of the pack would have been incredible. But most of them had qualified there, and Kimi Raikkonen had only fallen to the back after a poor start.

There was little room for improvement in Lewis Hamilton’s results. He headed every practice session, all three stages of qualifying, led every lap of the race, took pole position, set fastest lap and claimed the victory. Monza has only one year left on its current contract and F1 rights holder Bernie Ecclestone has repeatedly cast doubt on its future in the sport. Sebastian Vettel, who scored his maiden victory at the circuit in 2008, publicly implored Ecclestone to keep the historic track on the calendar. Former Ferrari driver Felipe Massa was a surprise late addition to the podium after Nico Rosberg’s power unit failed late in the race.