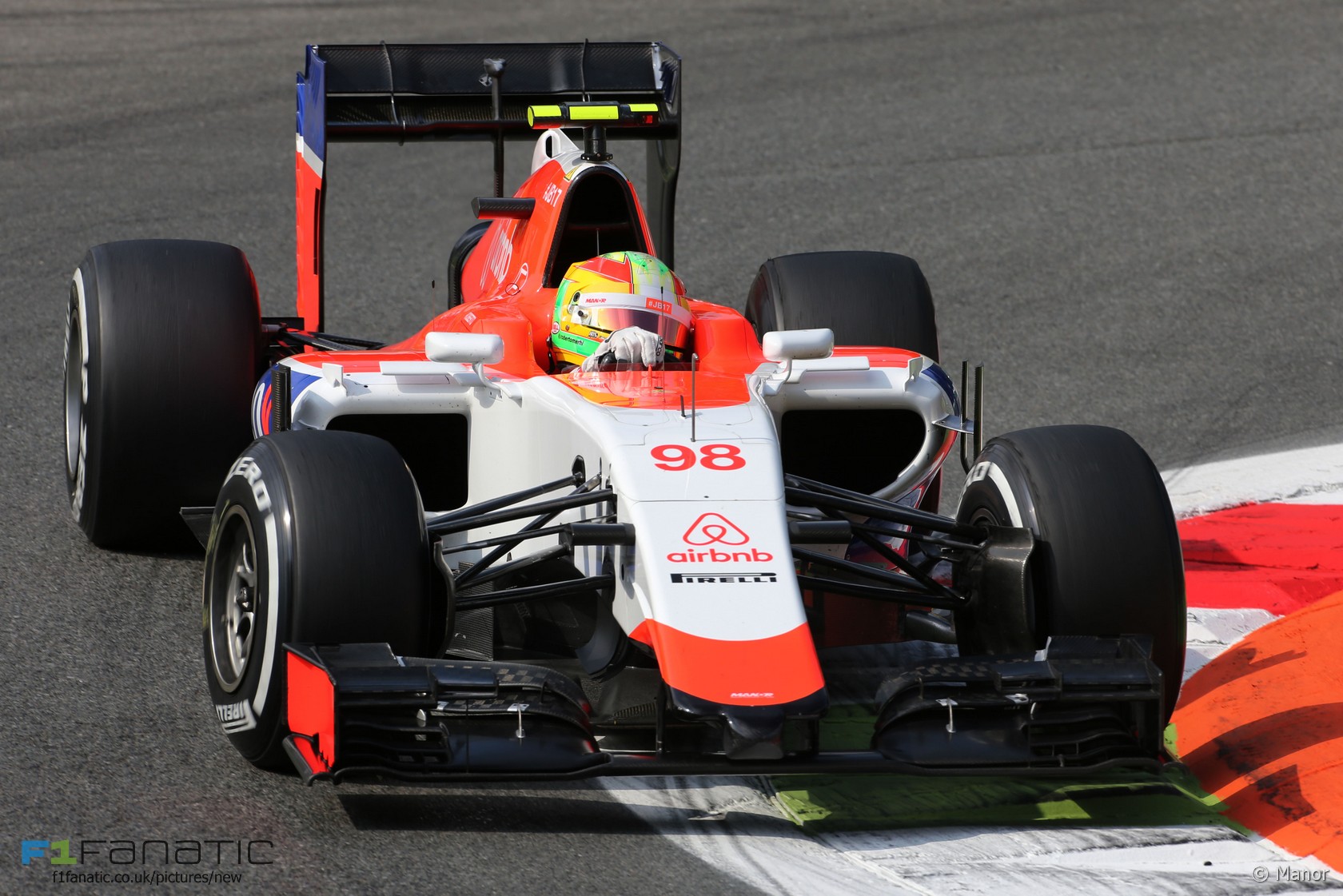 In the round-up: Manor could replace their Ferrari power units with Mercedes next year, while Red Bull have indicated their will not use the Brixworth engines.

Helmut Marko: "The idea of Mercedes is finished. We are now focusing elsewhere."

"On the engine, we had some discussions and they're interested in exploring the competitive environment."

"It looked quite frightening on Friday and then they must have had some kind of issue with Rosberg because it looked like they wound the engines back a bit."

"I expected these problems last year. In the first year of the new era I was expecting a lot more of these things."

"I think with Ricciardo he is going to have to take another engine, so theoretically that should be the (new) D-spec if it’s reliable."

"The Force India's were very fast in a straight line and I expected it to be a bit more difficult, I was quite positively surprised how we could get through them and we had to do it quite a few times."

"I think we can escape going into December, otherwise it's getting a bit too near Christmas."

"You need to have the drivers happier. You need to been seen as the main racing attraction in the world, where every driver in the world is dreaming to be."

"The team confirmed a steering wheel was reported missing ahead of Sunday’s race at Monza, with it believed to have been taken on Saturday night following qualifying at the Italian circuit."

"For example, Kimi Raikkonen. Genius on Saturday and Sunday idiot. At least that’s what Ferrari top management said, as it was officially stated that the anti-stall activation on Kimi’s car at the start was due to his fault."

"As the F1 calendar is limited to just over 20 races, it puts a premium on the race slots and has fuelled an arms race in the amount countries are prepared to pay." Discussing cockpit protection & IndyCar safety (The Way it Is)

"Cars often have a pitot tube mount placed in front of the driver which don't impede his view. If these were structural and designed to deflect foreign objects they would help to do what is required."

Why We Race (The Players' Tribune)

"Nobody gets into racing because they want to be rich or famous. We race because we love racing."

"I don't like to rant to much but I take a photo on my way out of the track of Lewis Hamilton doing a burnout which is posted on our social media at Sutton Images, now it appears on his (Lewis Hamilton's) Facebook & Instagram official sites like its his image and his copyright!"

Christian Horner, December 2014: "Mercedes would never give us engines, Ferrari you can only be a customer…" http://t.co/K8vwpnYLsf #F1

Just one request Bernie. Can we stop messing around with hybrids and just go back to real racing cars. Thanks. #F1 pic.twitter.com/wuPTfAnezp Several of you took issue with Mark Webber’s claim the Formula One field is weak at the moment:

The drivers now are all very talented – most of them better than Webber was.

Ayrton Senna won the 1990 Italian Grand Prix for McLaren ahead of Ferrari’s Alain Prost, and increased his championship lead over his closest rival to 16 points.