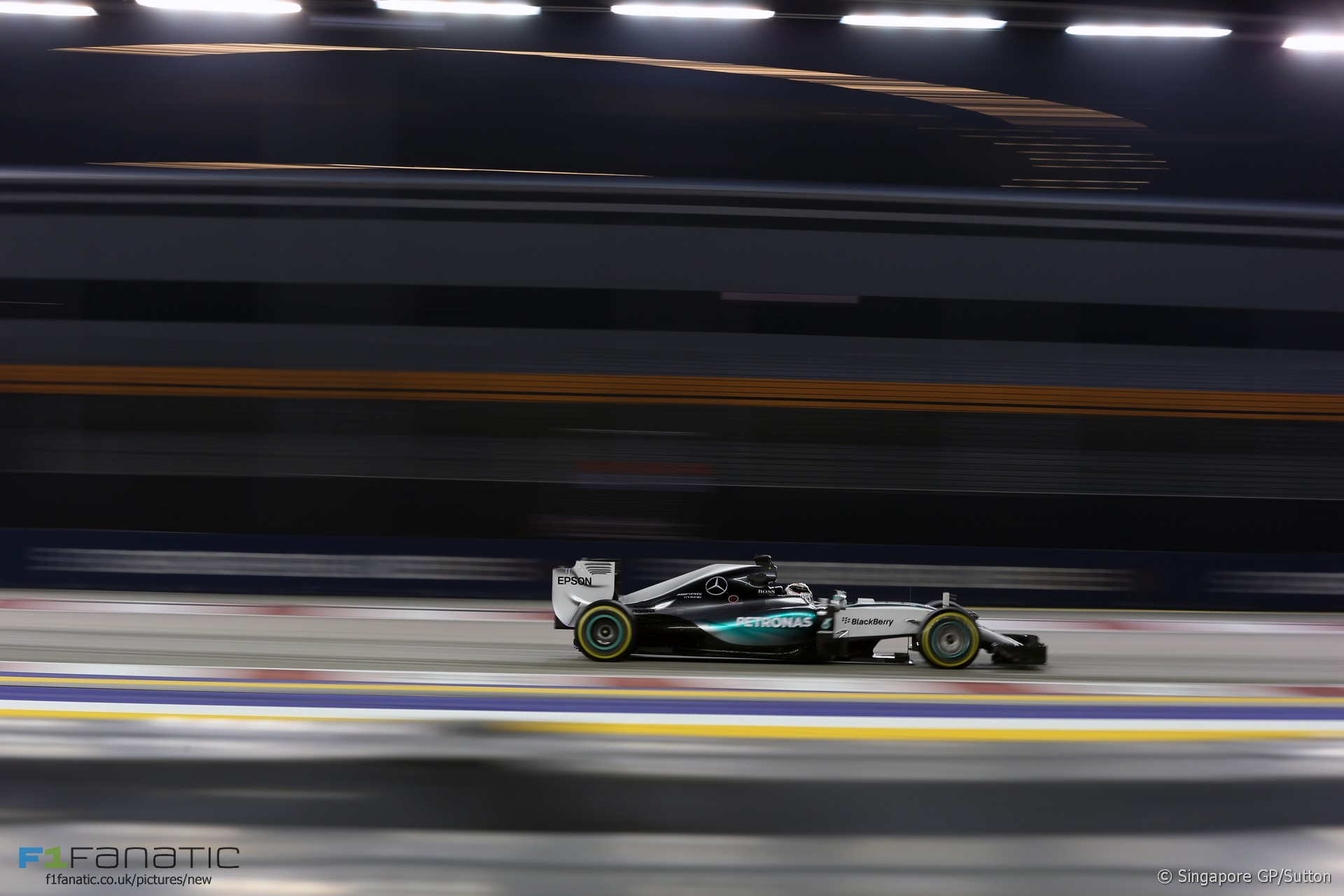 Lewis Hamilton had a single-word explanation for the root of Mercedes’ problems in Singapore: “Tyres”.

“These tyres for some reason not working on our car,” Hamilton told reporters after his seven-race streak of pole positions ended.

Hamilton admitted there were times he felt he was over-driving the car in qualifying in pursuit of more performance. “It’s the first time we’ve gone into qualifying with that kind of pulling even more out of the car if you can and therefore sometimes making mistakes,” he said.

The championship leader will start fifth on the for tomorrow’s race and is doubtful how much progress he will be able to make.

“It’s very hard to overtake here,” said Hamilton. “The others, particularly the Red Bulls, are incredibly quick through the long runs.”

“It is what it is. We’ll fight as hard as we can, I doubt we’ll find something between now and tomorrow but if we do, great.”