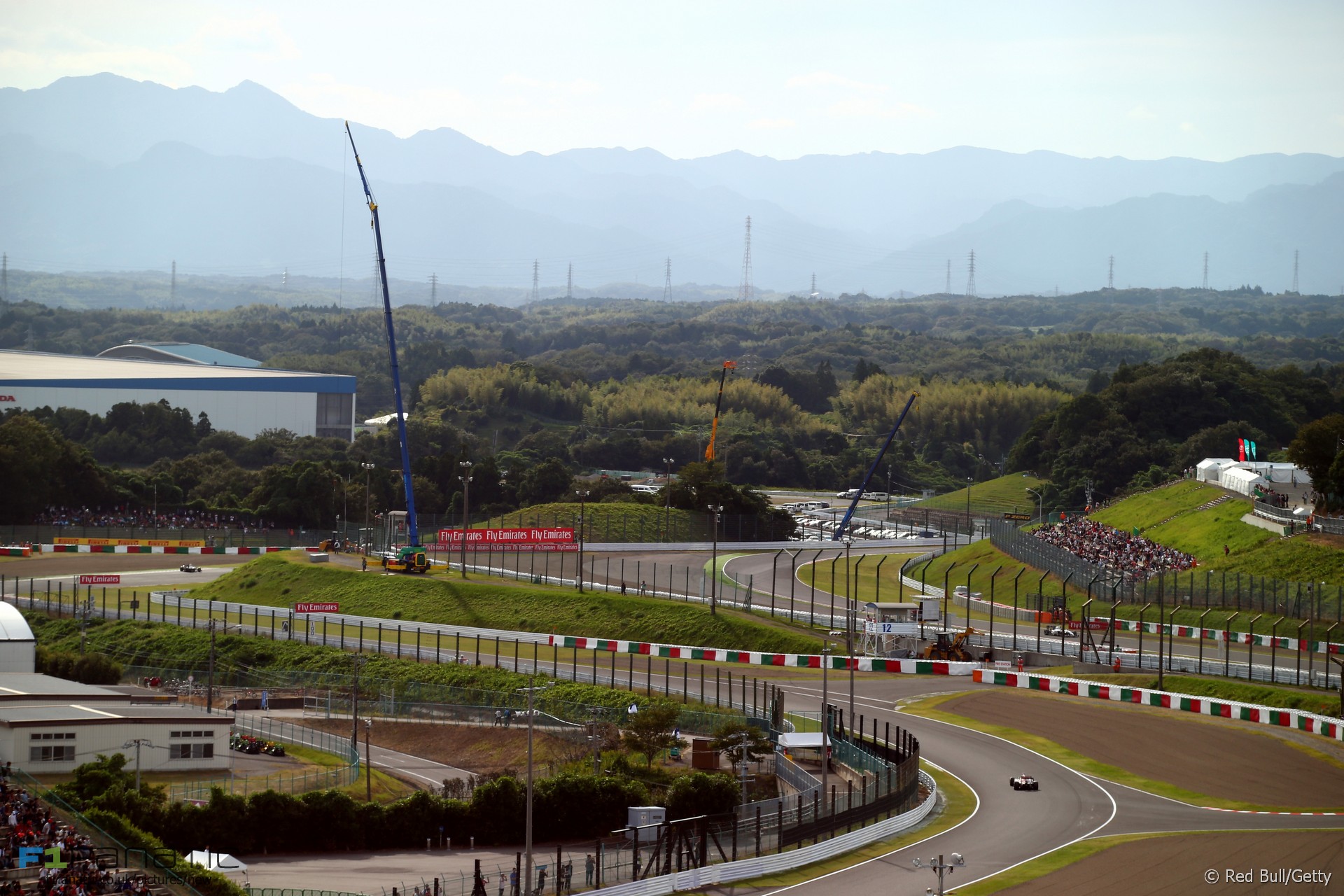 Drainage has been improved at several points around the Suzuka circuit including the corner where Jules Bianchi crashed during last year’s race.

The Marussia driver lost control of his car at the Dunlop Curve (turn seven) while rain was falling on the track late in the grand prix. Adrian Sutil had spun off at the same place one lap earlier.

For this year’s race drainage at the corner has been modified “by the use of porous asphalt strips and ‘U’ drains on the edges of the track”, according to the FIA. The same work has also been carried out at turns one, three, six, 13 (Spoon) and 18.

Following its investigation in Bianchi’s crash the FIA identified the build-up of water on the circuit as a contributory factor in Bianch, noting that “the semi-dry racing line at turn seven was abruptly narrowed by water draining onto the track and flowing downhill along it”. Among the outcomes of the investigation was a decision to review guidelines on circuit drainage.

16 comments on “Drainage improved at corner where Bianchi crashed”