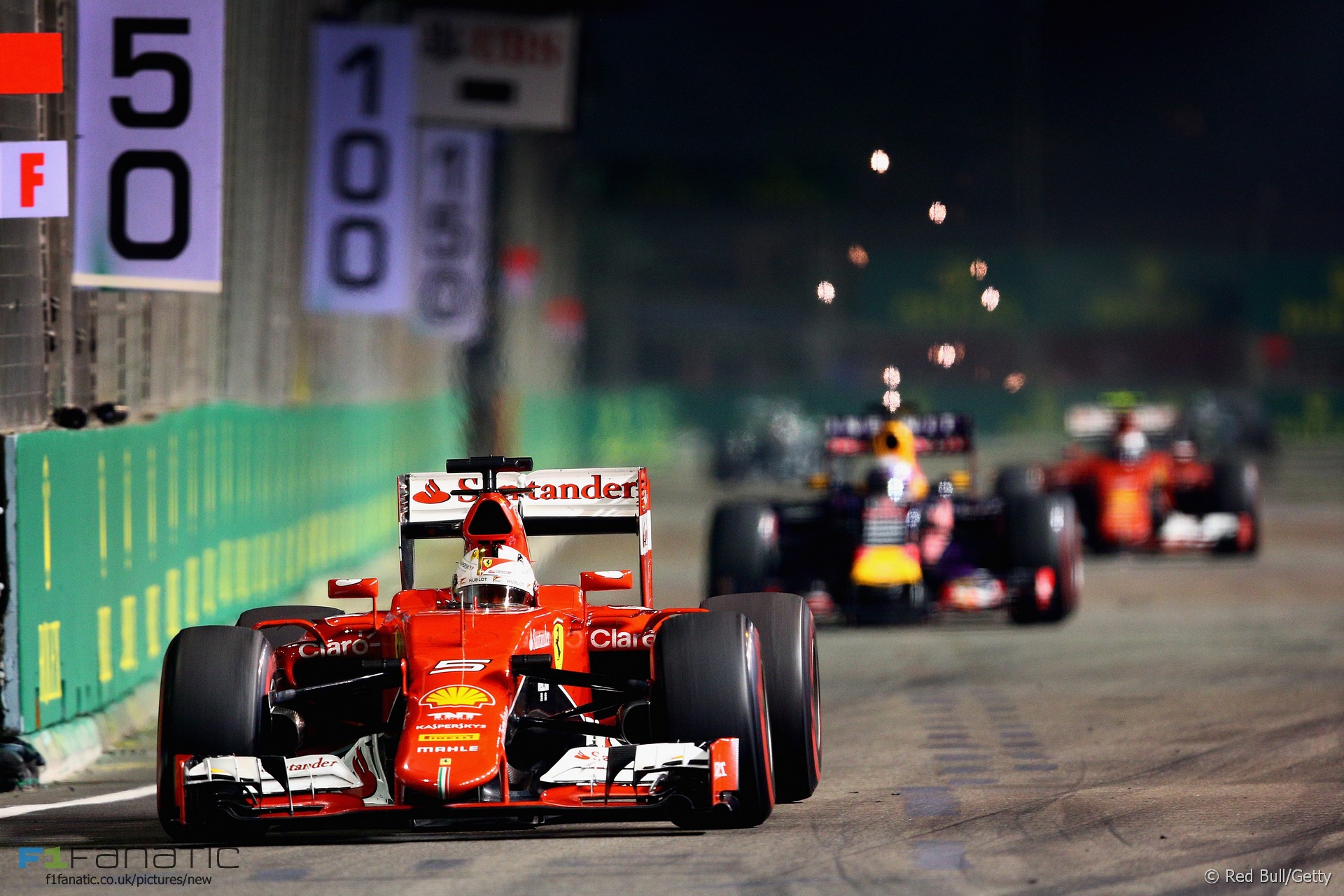 In the round-up: Bernie Ecclestone says Ferrari president Sergio Marchionne is too “frightened” to give Red Bull competitive engines.

"If Red Bull get (a better) engine then they are obviously going to be competitive, it's an obvious concern, but he's frightened he's going to upset his team."

Mercedes probably not only team with wrong tyre pressures (Crash)

"Paul Hembery has played down the assertion that Mercedes could have fiddled with its tyre pressures to have them running lower during the Italian Grand Prix, suggesting it is likely other teams had also inadvertently run them illegally."

"It is understood that Ron Dennis, the team’s chairman, expressed fears earlier this month at Formula One’s Strategy Group that restrictions on engine development could threaten Honda’s place in the sport."

"When we put the softer tyres on we simply couldn't match the lap time gains of the other teams. I couldn't get the tyres to work the way I wanted. I had a little bit of traffic in the out lap and that compromised the preparation of the tyres a bit, but what happened shows we're still very sensitive to tyre temperature issues."

"It is the first time any team has gone as far as this, and is clear evidence that the team is willing to try new things in the quest for performance."

"Bianchi was one of the best of those people, and the pity is that so many didn’t know about his great humour and charm until his magnificent family and his team spoke about him; those of us who met him feel privileged."

How To Bet On Formula One (Betting Expert)

My latest column for Betting Expert

Its sad but true not only #F1 but every form of motorsport will decrease and shrink on the long term. Drivers, team, sponsors have to adapt.

And there goes Winterkorn. What now for the VW/Audi-to-#F1 rumours? #F1F

Lots of discussion yesterday about Mercedes and Ferrari’s performances in the last two races – and in qualifying:

Mercedes was struggling a bit already in Monza during qualifying. Vettel performed poorly in Q3 at Spa, but Bottas in third was 1.3s behind Hamilton. The next race in Monza Rosberg didn’t even make it on the front row and Hamilton had only three tenths on Raikkonen.

Since Monza Ferrari seems to have found something giving them a big improvement in Q3, but in race trim Hamilton was still a lot faster there. He could easily pull away when needed.

It seemed like in Singapore Hamilton was doing a lot better in race trim also. As he said himself he was easily keeping up with the front runners on super softs while he was running on softs. It seems likely that he would have been able to pick up a few places and perhaps even the lead using that strategic and speed advantage. Unfortunately we never got to see that.

So I don’t think it’s a one-off for Ferrari, but I think in race trim the Mercedes would still be faster. I’d expect Red Bull to fall a bit further behind in Japan though.

Mercedes only improved four tenths for Q3 in Singapore compared to 2014 where the races before (Hungary and Monza) they improved by seven tenths. So they probably didn’t seem to under-perform hugely, but they did lose some time in Singapore.
@Patrickl

F1 raced on the Indianapolis road circuit for the first time on this day 15 years ago. Michael Schumacher won despite a spin, while title rival Mika Hakkinen retired with a blown engine.