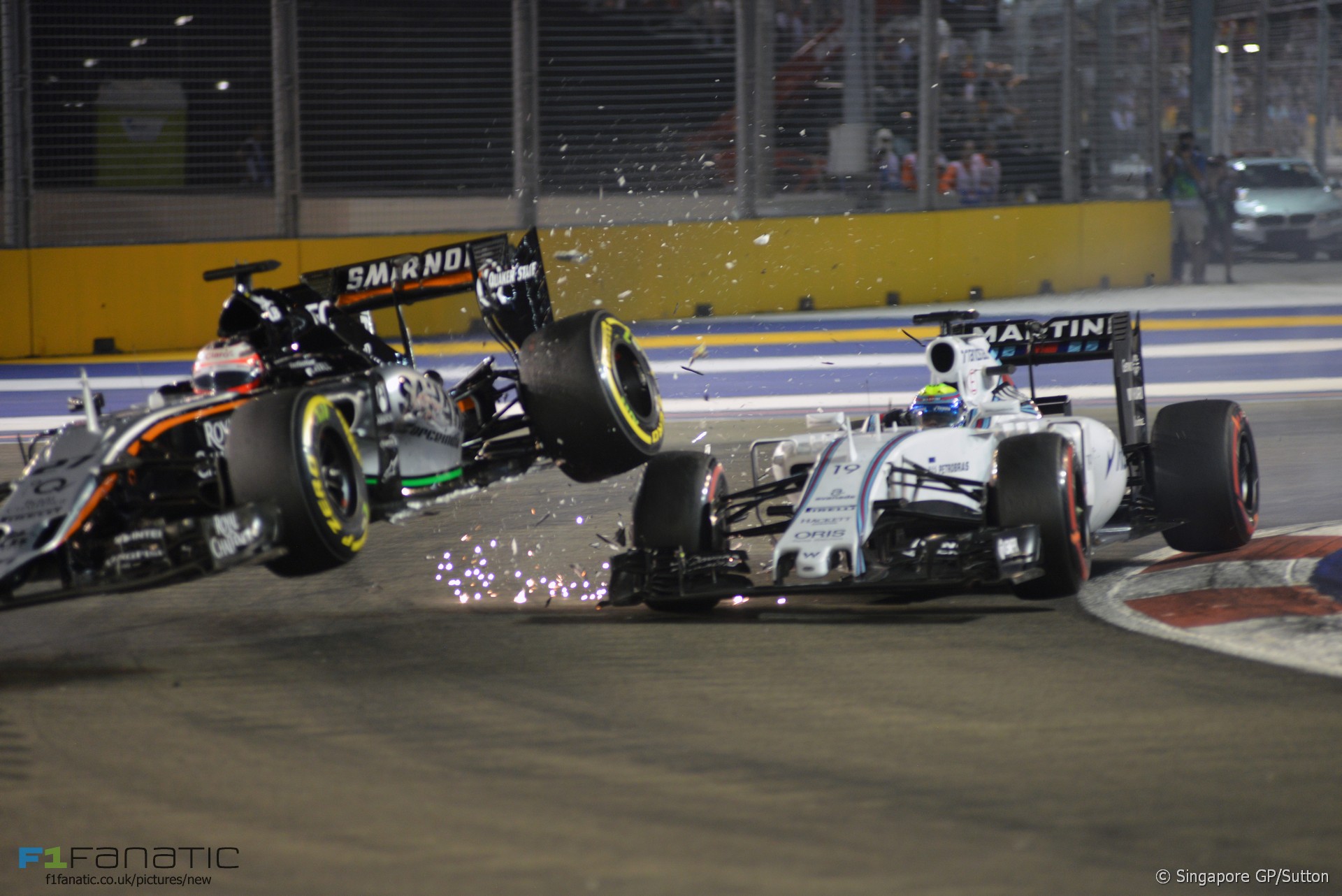 Nico Hulkenberg says he now agrees he was at fault in his collision with Felipe Massa during last weekend’s Singapore Grand Prix.

The Force India driver initially held Massa responsible for the crash, which put Hulkenberg out of the race, but has changed his view after studying a replay of the contact.

“Obviously I looked at the video footage and I think I probably should have given him a bit more room because he was on the inside,” said Hulkenberg in today’s FIA press conference. “I had some space on the right.”

“But you know visibility is also difficult when you’re alongside each other. I thought I was ahead enough but I wasn’t, clearly, in hindsight.”

Hulkenberg has been given a three-place grid penalty for this weekend’s race. “We take the penalty here but that’s behind us now,” he said, “we move on and make the best of this weekend.”