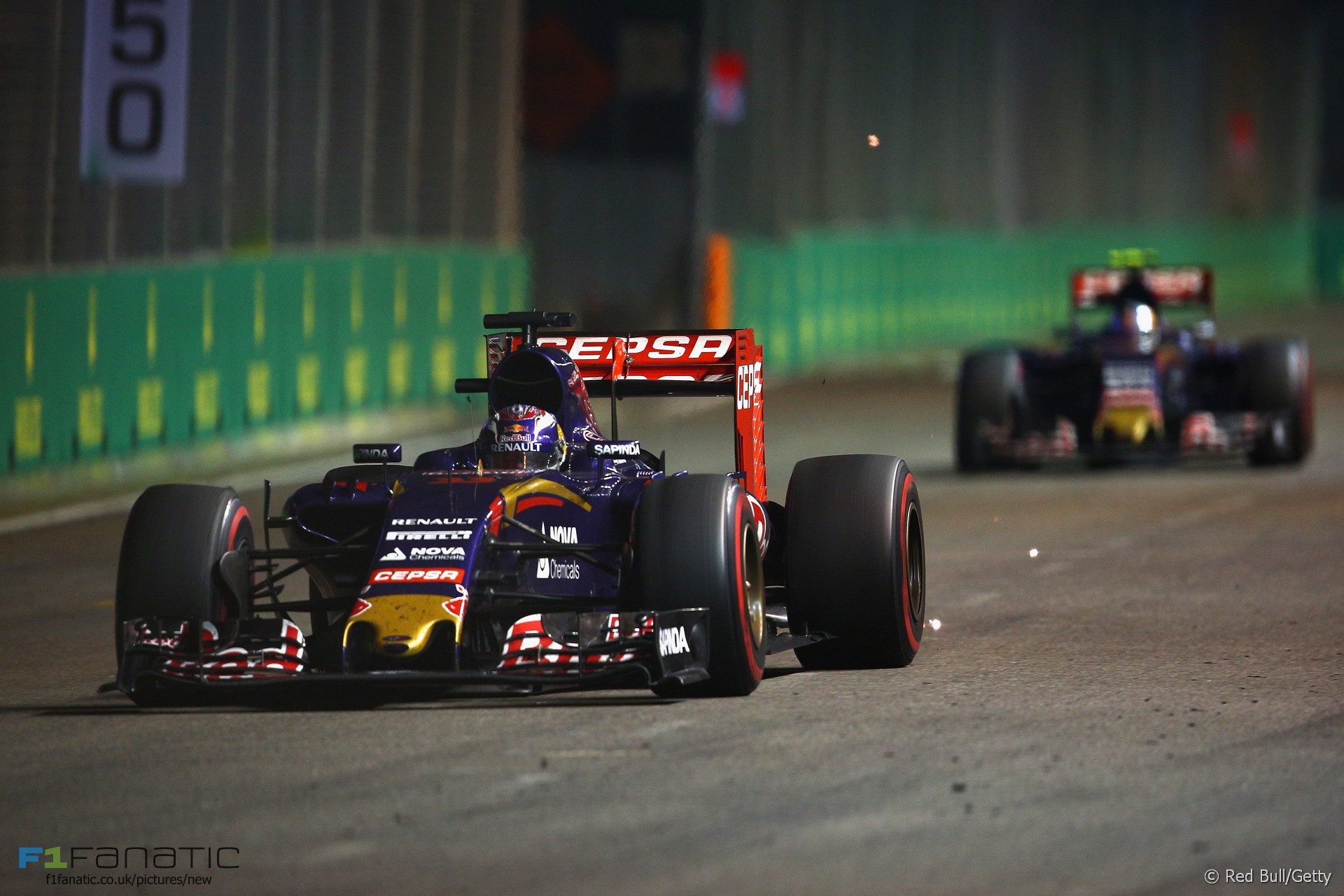 Max Verstappen says there has been no fall-out over his failure to follow an order from his team during the Singapore Grand Prix.

During the final laps of the race Verstappen was told on more than one occasion to let his team mate Carlos Sainz Jnr through to give him a chance to attack Sergio Perez. He refused, but after the race team principal Franz Tost agreed Sainz hadn’t been close enough to Verstappen to justify the call.

“I can tell you nothing has changed in our relationship,” said Verstappen when asked about the incident during today’s press conference.

“I was trying to overtake Checo, I was very close, I was looking in my mirrors as well. It didn’t feel for me he was close enough to give it a go so I decided to stay there.”

“At the end we had a conversation about it in the team. Everything has been cleared, we’re ready to go here in Japan.”

Verstappen suggested the team could improve its radio communications in the future.

“I think we needed to be a bit more clear on the radio,” he said. “We spoke about it and hopefully it will not happen again, but we’ll see.”

31 comments on “No fall-out over team orders – Verstappen”