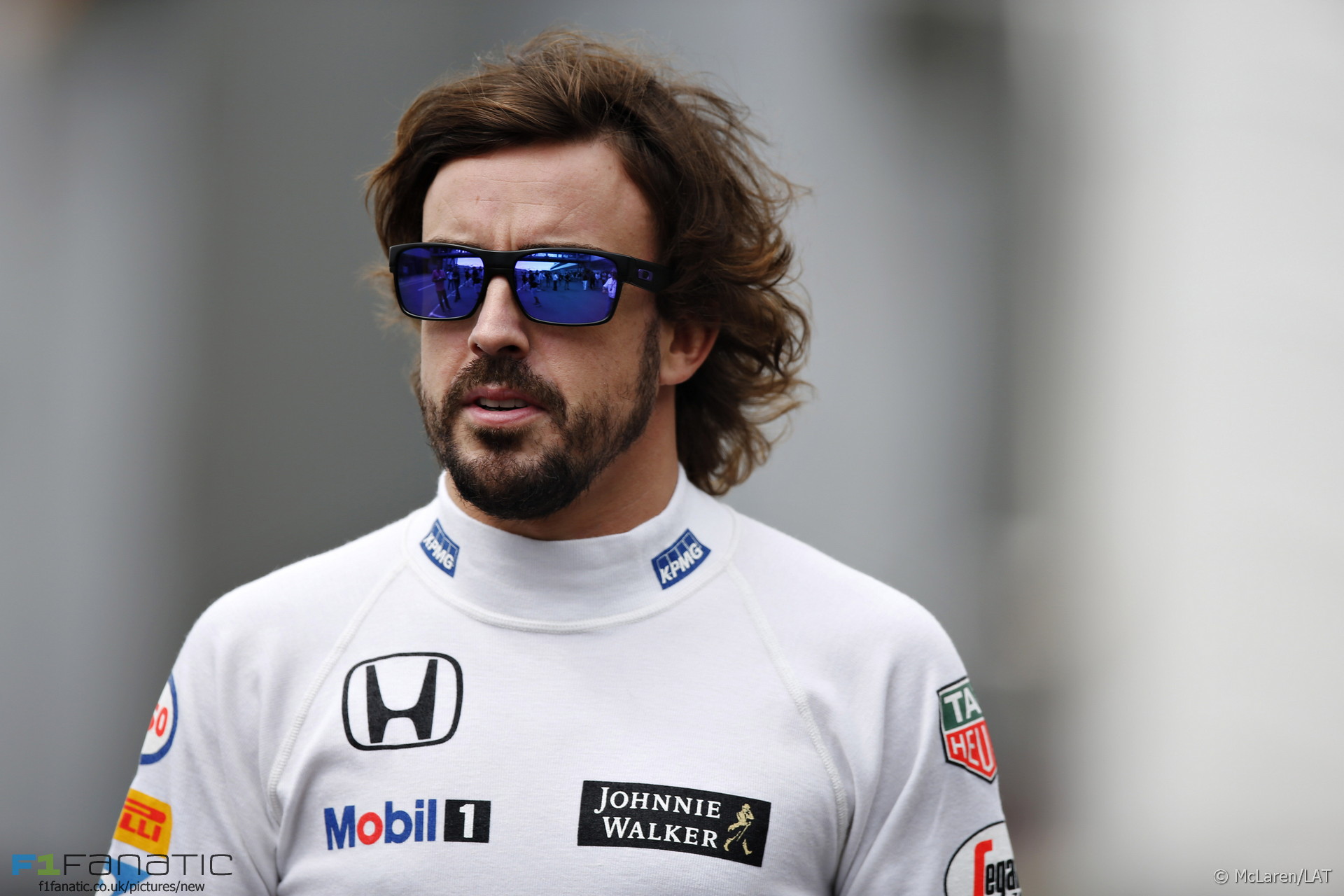 Fernando Alonso admitted he felt embarrassed during the Japanese Grand Prix after being passed very easily by several of his rivals.

The McLaren driver blamed the lack of performance from his Honda power unit, branding it a “GP2 engine” on the radio during the race.

Alonso told reporters after the race there was “not much joy” for him in racing at the moment. “When you’re being overtaken like we are on the straight it’s very frustrating,” he said.

Also when you see the other guys in the corners maybe they have more difficulties with the car, they are out of the racing line, they are braking late, they are doing mistakes, and even with that they keep overtaking you in the middle of the straight, not even the braking point.

“Days like today you feel embarrassed a little bit because it’s not possible that some of the guys overtake us like this,” he added. “It should be a little bit more competitive the package.”

However Alonso is keeping his faith in McLaren as the most likely potential rival to Mercedes.

“I think this is the only thing that will challenge Mercedes in the near future,” he said. “Right now is tough times because we don’t have the toys to fight with them but I think everyone is working very hard. This is a very positive thing, everyone is making sure that we know the problems, we go deep into the solutions that we will find for next year and we are working on that process.”

“But every Sunday when we are in a group we can’t hide this is frustrating.”