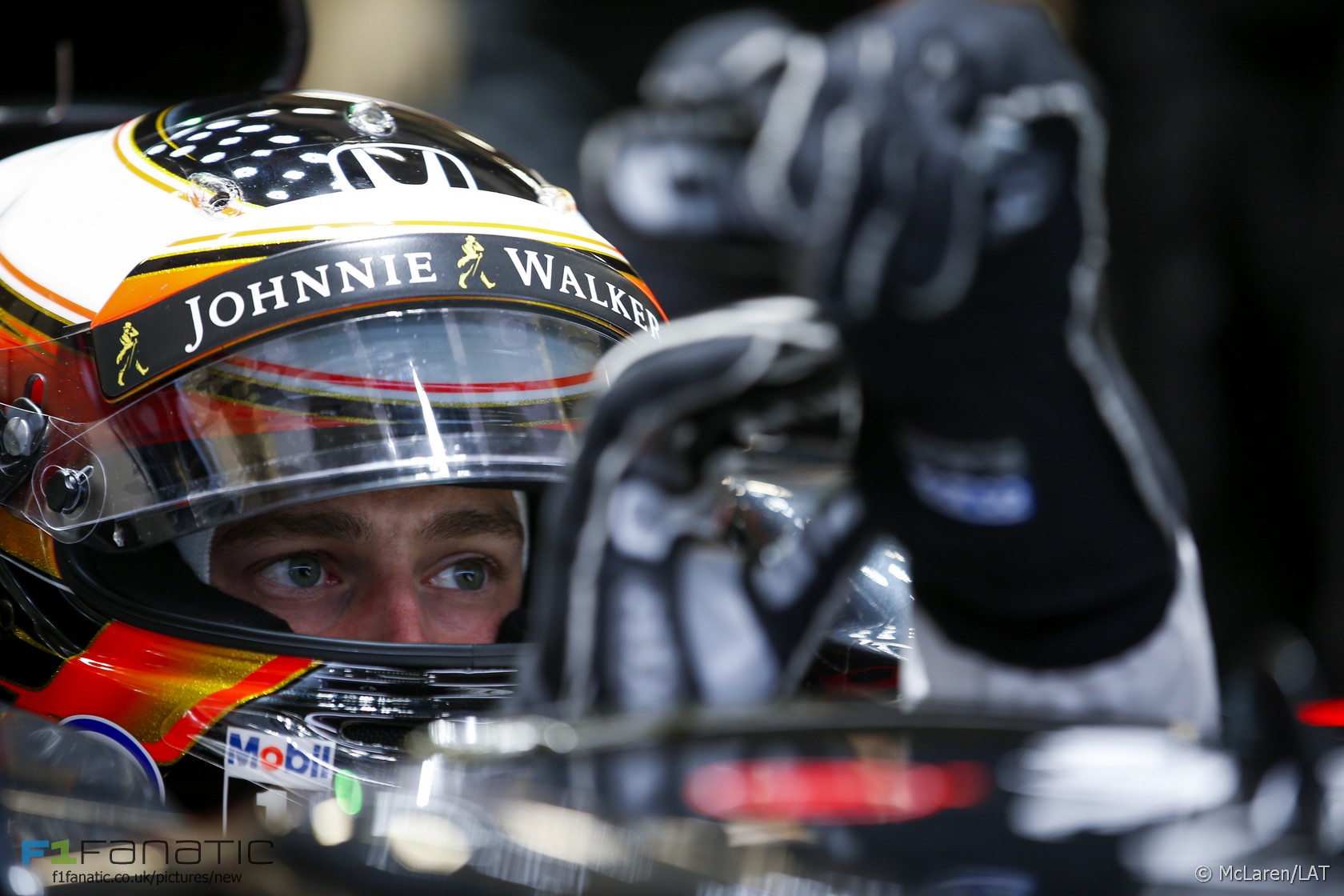 In the round-up: ART GP2 team manager team manager Sebastien Philippe says “something is wrong” with F1 if runaway leader Stoffel Vandoorne misses out on promotion in 2016.

"If he cannot go into Formula One, there is something wrong. It would be a disaster and unfair."

"We provided feedback to Formula One Management (FOM) that we are not in favour of back-to-back sequencing of our race."

Mercedes post £76.9m loss in 2014 despite winning both Formula One titles (The Telegraph)

"Each team member received a minimum of £10,000 when they won the constructors' championship this time last year."

"When you are uncompetitive you have to develop your way out of it and at the moment the regulations are extremely constraining in that area."

"'We have had some nice wheel-to-wheel battles in the past and I hope we get some more, hopefully at the front of the grid, next year. He is a guy that a lot of the fans love. He is really nice guy, a brilliant racer, and it is good for the sport.'"

"We have to put ourselves in the right place first."

"Sometimes if you struggle, you have so much practice to get around it."

"An apology from Maurizio was received and as far as I'm aware that is the end of the matter."

Awesome bit of video from Williams. Would love to see more onboards like this during a race weekend. https://t.co/PAPs1KMz1l #F1 #F1F

Lotus reckon they’re heading for (re-)marriage with Renault but @MazdaChris thinks they might get jilted at the altar:

I’m still not convinced that this buyout is going to go ahead. I’m sure all the good intentions are there, and there’s a will to make it happen from all sides, but there are some very big obstacles to this being completed successfully. Firstly the issue of Estone’s mounting tax bill, now running into millions, which needs to be resolved one way or another in nine weeks’ time. Someone somewhere needs to front the money for that. Retaining Maldonado (as unpleasant a prospect as it may be) may go some way to mitigating this with the PDVSA money, but it’s by no means a trivial matter, and is just one of many unresolved debt issues for Enstone. Issues which will see it put into administration and wound up should nobody step forward.

Secondly, one of the crucial sticking points of the deal is the insistence of Renault that they should be given CCB status and put into the Strategy Group. While Ecclestone may have made positive noises about this to the public, behind closed doors such deals are never as straightforward as they seem. And crucially, with two teams now lodging a formal request for the EU to investigate the legitimacy of this governance and commercial model, it hardly seems the right time for FOM to start making new commercial arrangements and handing out advance payments amounting to tens of millions. Again, a deadline looms in nine weeks’ time, and the EU’s competitions commission moves more slowly than a McLaren-Honda. It’s unlikely that there will be any EU decision made before Enstone’s next court appearance, and it’s equally unlikely that Renault will simply buy the team out on a promise from Ecclestone.

All of which in my mind adds up to a situation where the team’s future is far from certain, despite all the positive noises coming from all concerned parties.
@MazdaChris

On this day 50 years ago Graham Hill won the United States Grand Prix at Watkins Glen for BRM.