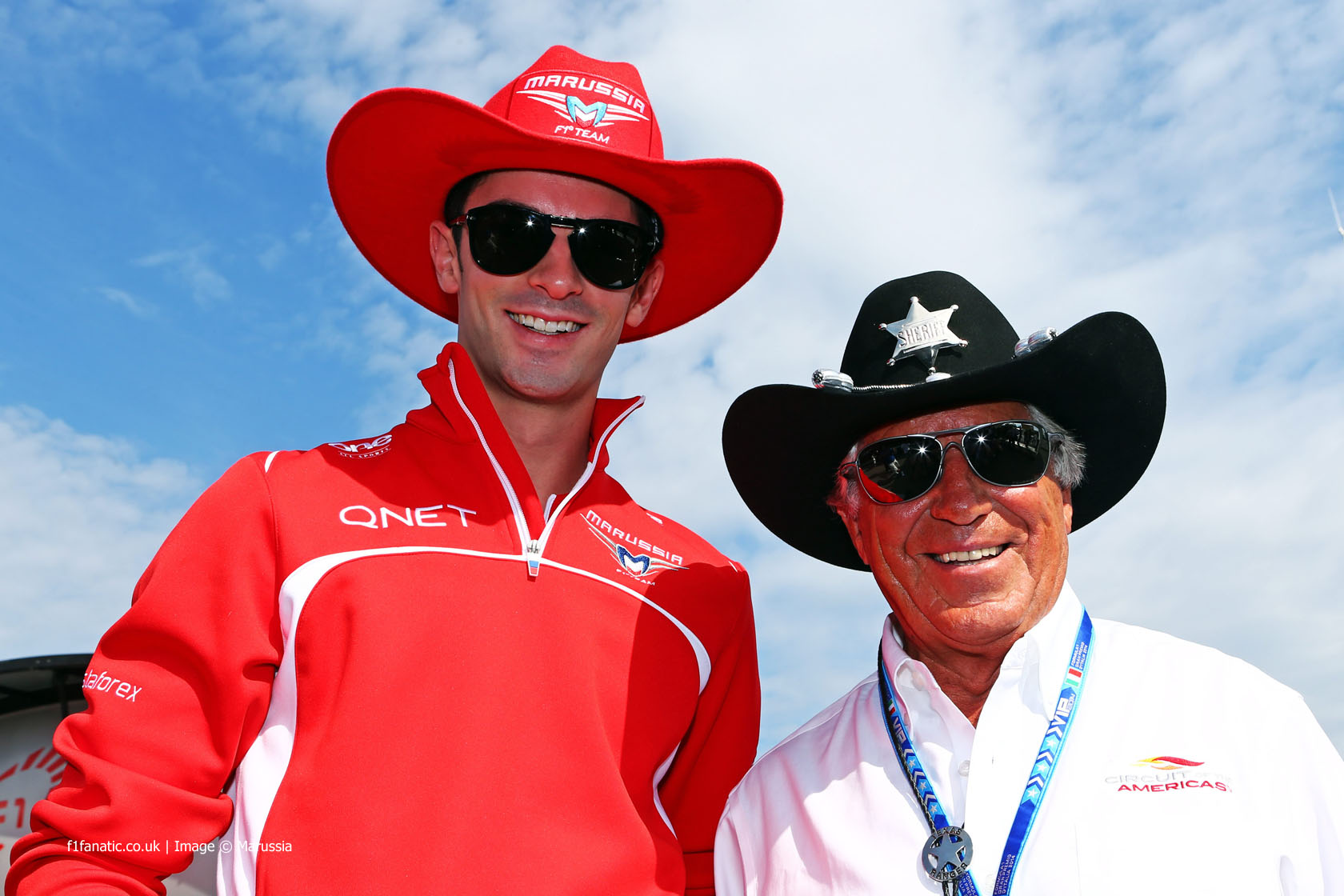 In the round-up: Alexander Rossi says American fans will be pleased just to see a home driver in the United States Grand Prix, regardless of where they’ll finish.

"We're kind of in the 'enjoyment phase' and I think the fans and everyone is as well, so I think for Austin they're not going to care at all where I am. Just the fact there is an American driving on the track in Formula One is good enough."

"I really want to continue with this team and continue building on such a great first year with the team and such great relationships I’ve already built. I think I can really flourish in this environment like Valtteri has proven."

"Along with the individual race, Wolff will again partner David Coulthard for Team Scotland in the ROC Nations Cup after they reached the final last year"

Why India doesn’t find a place on F1 calendar (Motorsport)

"The circuit now is reduced to hosting national races and a promotional/testing venue for automobile manufacturers and magazines. Despite not having to pay the hefty F1 licensing fee any more, the circuit continues to burn money every year in high maintenance costs."

"You see an increasing parallel between the engine designs in Formula 1 and the commercial cars with the power recovery units, with the turbos, that’s the way the commercial vehicles are going as well."

It's official! I'm so pleased to announce I'll be racing for DF1 alongside Mathias Lauda in Euro NASCAR next year! pic.twitter.com/vKmOhNANOF

One of the biggest issues since the reduction in testing is the lack of track time that non-F1 drivers can get in F1 machinery. This has led to more experienced drivers having an advantage in securing F1 seats, because it’s more of a punt to choose a rookie driver for your team.

I want to see more young drivers have the opportunity to drive F1 cars. If reducing practice time saves money which goes towards allowing inexperienced drivers to have an opportunity to drive cars in test sessions then I’m all for reducing practice time. However if practice is reduced without finding time in the schedule for alternate running, then I am not in favour.
@Georgeod

Today in 1970 United States Grand Prix at Watkins Glen decided the world championship in strange and poignant fashion. Two races earlier championship leader Jochen Rindt had been killed during practice at Monza, and when Jacky Ickx won the following round in Canada it left him with a chance of passing Rindt in the points standings before the season ended.

At Watkins Glen, however, Ickx finished a distant fourth. Emerson Fittipaldi took his first victory, driving for Rindt’s former team Lotus, and by doing so secured the title for the posthumous champion.