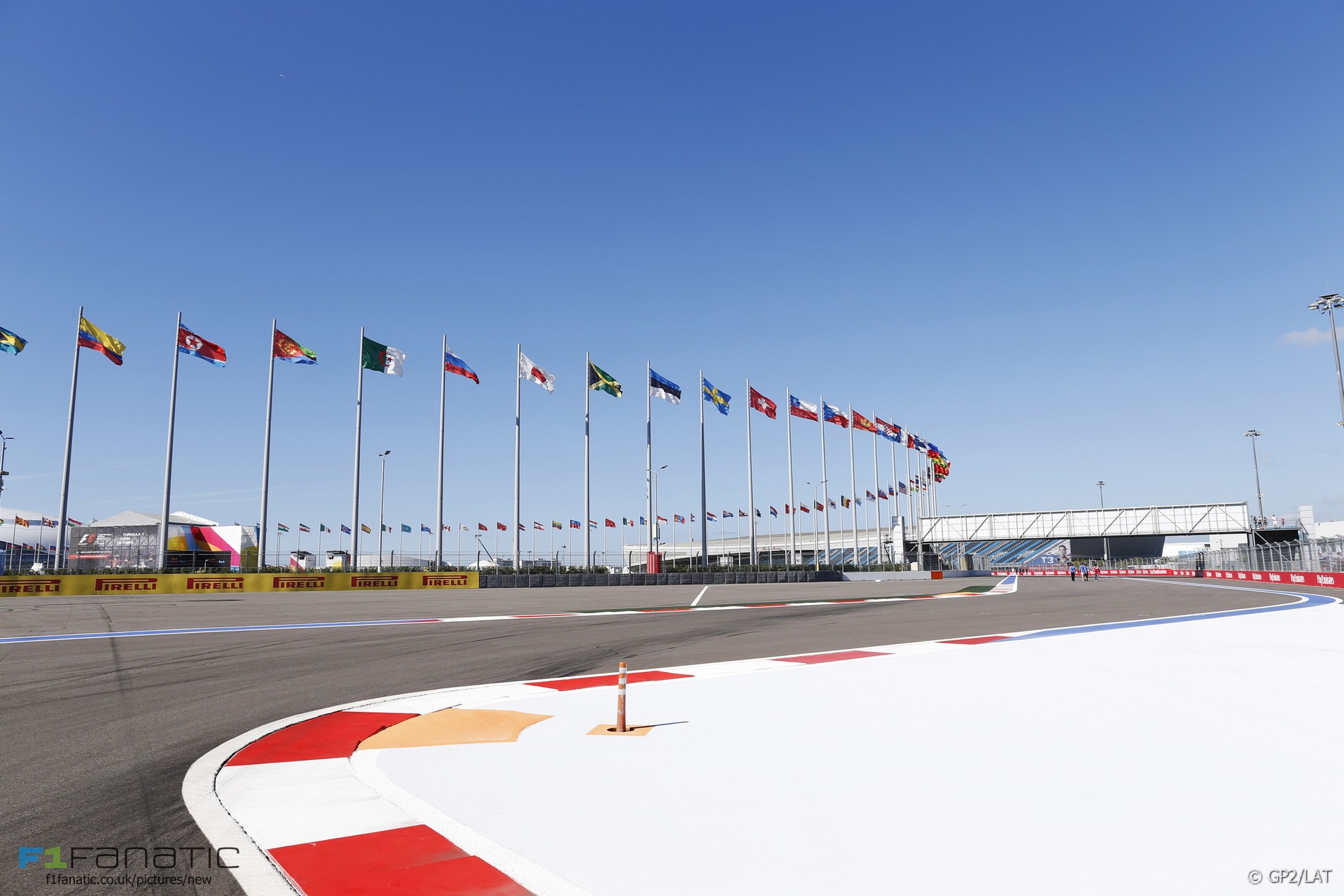 Drivers have been given new rules to prevent them gaining an advantage if they run wide at Sochi’s turn two.

The corner proved a regular trouble spot during the inaugural Russian Grand Prix meeting last year. During one GP2 race half the field cut the corner on the first lap.

Race director Charlie Whiting has advised teams their drivers may not rejoin the track immediately if they go wide at the corner.

“Any driver who fails to negotiate turn two by using the track, and who passes completely to the left of the new kerb element on the apex, must then keep to the left of the red and white polystyrene block in the run-off area and re-join the track at the start of turn three,” the teams were told.

The procedure is similar to that already being used at corners at Monza, Montreal and Singapore tracks.

A new kerb, 50mm higher than the previous one, has also been added at the exit of the corner to discourage drivers from cutting it. A further kerb behind the main kerb has been lowered to 80mm high.