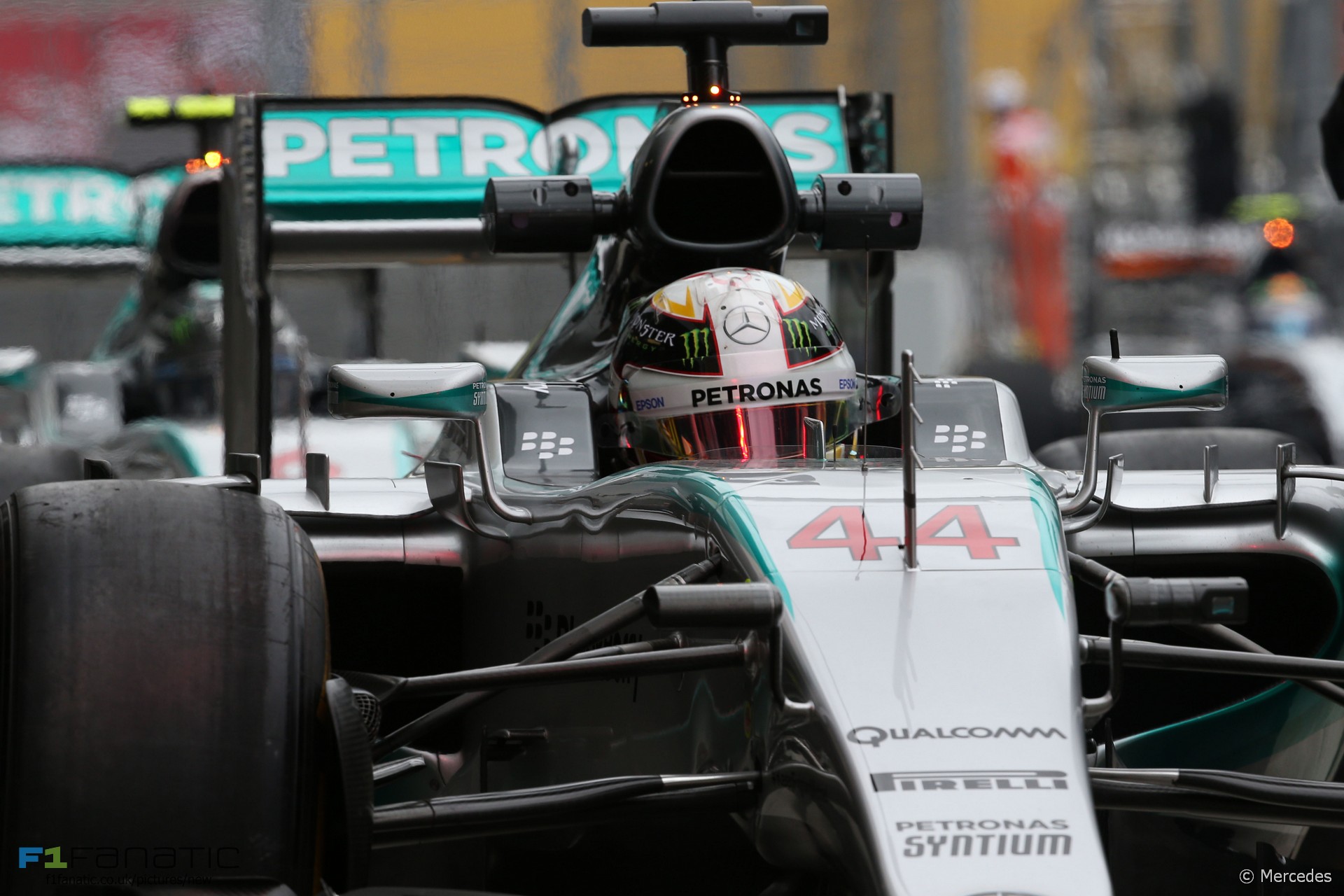 Team mate Nico Rosberg dropped out in the early stages with a throttle problem. Hamilton went on to take a straightforward win, and can win the title at the next round in America.

Sebastian Vettel took second place and moved ahead of Rosberg in the drivers’ championship standings, but the battle for third place was decided on the final lap.

A strategic gamble by Sergio Perez had moved him up to third place, but the Force India driver was passed by Valtteri Bottas and Kimi Raikkonen on the penultimate tour. However when Raikkonen and Bottas tangled on the final lap Perez reclaimed the final place on the podium.

Raikkonen limped in fifth, passed by the recovering Felipe Massa, but remains under investigation by the stewards.

Daniil Kvyat moved up to sixth in his home race ahead of Felipe Nasr and Pastor Maldonado. All three had seen their team mates retire: Daniel Ricciardo with a suspension failure, Marcus Ericsson in a lap-one collision with Nico Hulkenberg, and Romain Grosjean in a solo crash at turn three. The McLaren pair claimed the final two points places.