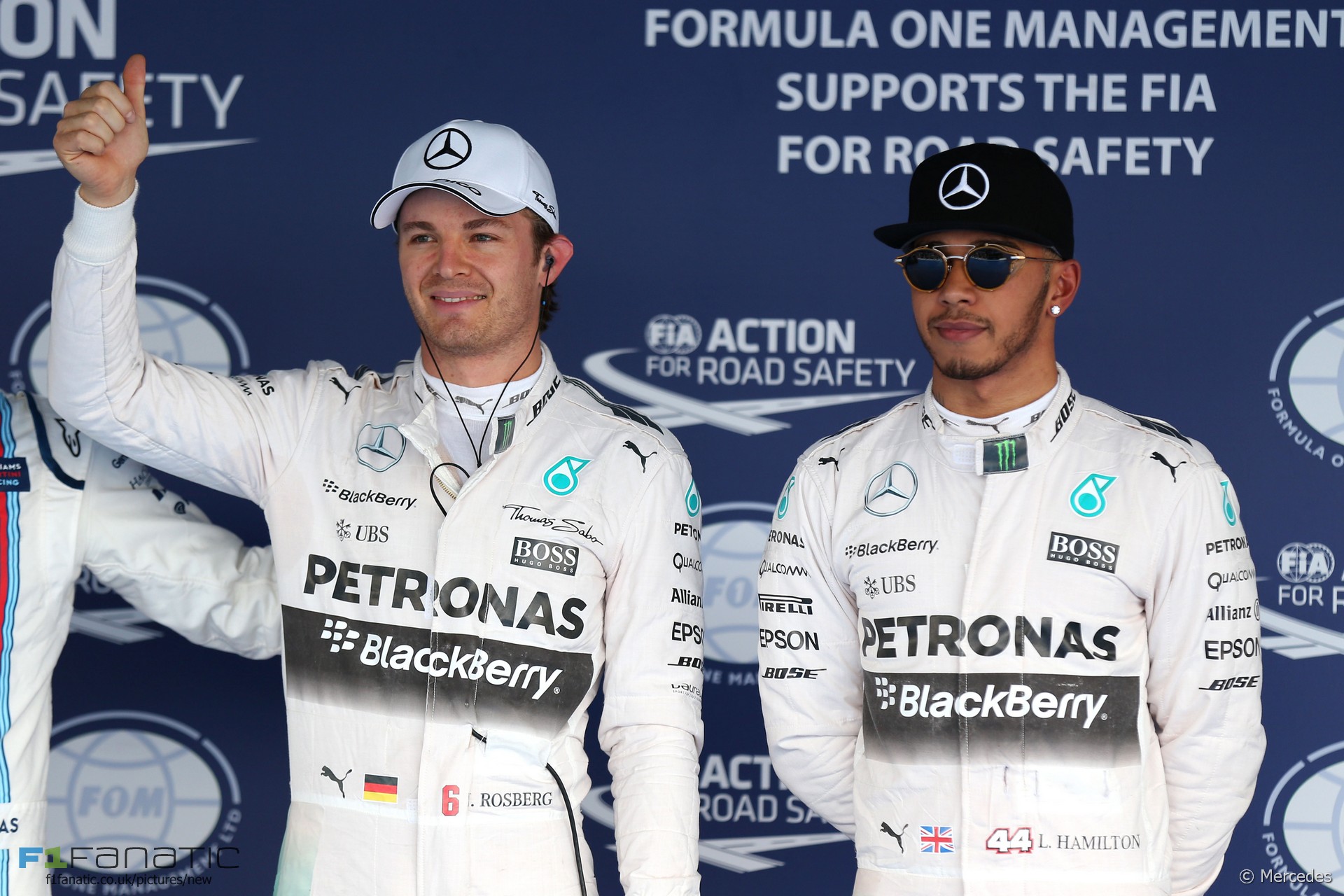 Rosberg was leading Hamilton when a problem with his throttle forced him to stop.

“I was excited because we were quite close together at the beginning and I was thinking ‘OK, we’ve got a race here'”, said Hamilton on the podium after the race.

“It’s a shame for the team to have lost one of the cars and to not have a race. When I knew Sebastian was behind I was thinking to myself ‘I wish that he was right with me so we could be having a race, I think it would be great for the fans’.”

Hamilton took his 42nd career victory, moving him ahead of Ayrton Senna’s career total of 41.

“I don’t take what we have for granted and I think the team have done an amazing job,” Hamilton added. “It’s a special moment for me to surpass Ayrton and carry on to this weekend.”