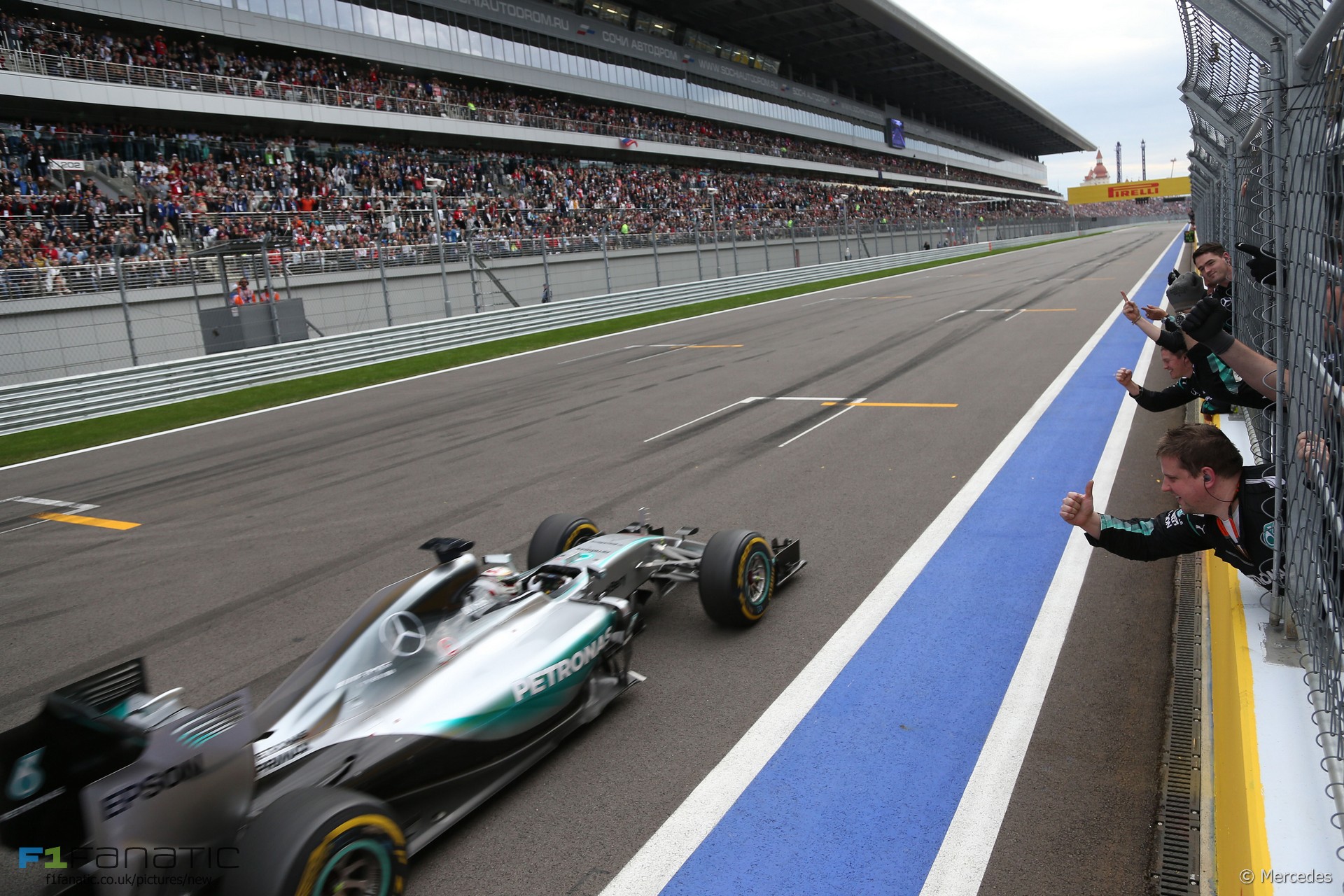 Lewis Hamilton wasn’t stretched during the Russian Grand Prix, which he won without getting within half a second of the fastest lap of the race.

Hamilton collected his ninth win of the season without having to stress his power unit or gearbox after the threat from team mate Nico Rosberg faded early.

His only concern came in the closing stages of the race when the team detected a problem. “I’m glad my car made it as the rear wing was getting a bit loose towards the end,” said Hamilton, “so I had to stay off the kerbs and try not to damage the car.”

While Hamilton was conserving his car, Sebastian Vettel set the race’s fastest lap. Just like last year, the low-grip surface meant the tyres were still performing well late into stints, and Vettel set his best time with two laps to go.

All the lap times by the drivers in seconds. Scroll to zoom, drag to pan, click name to highlight, right-click to reset: