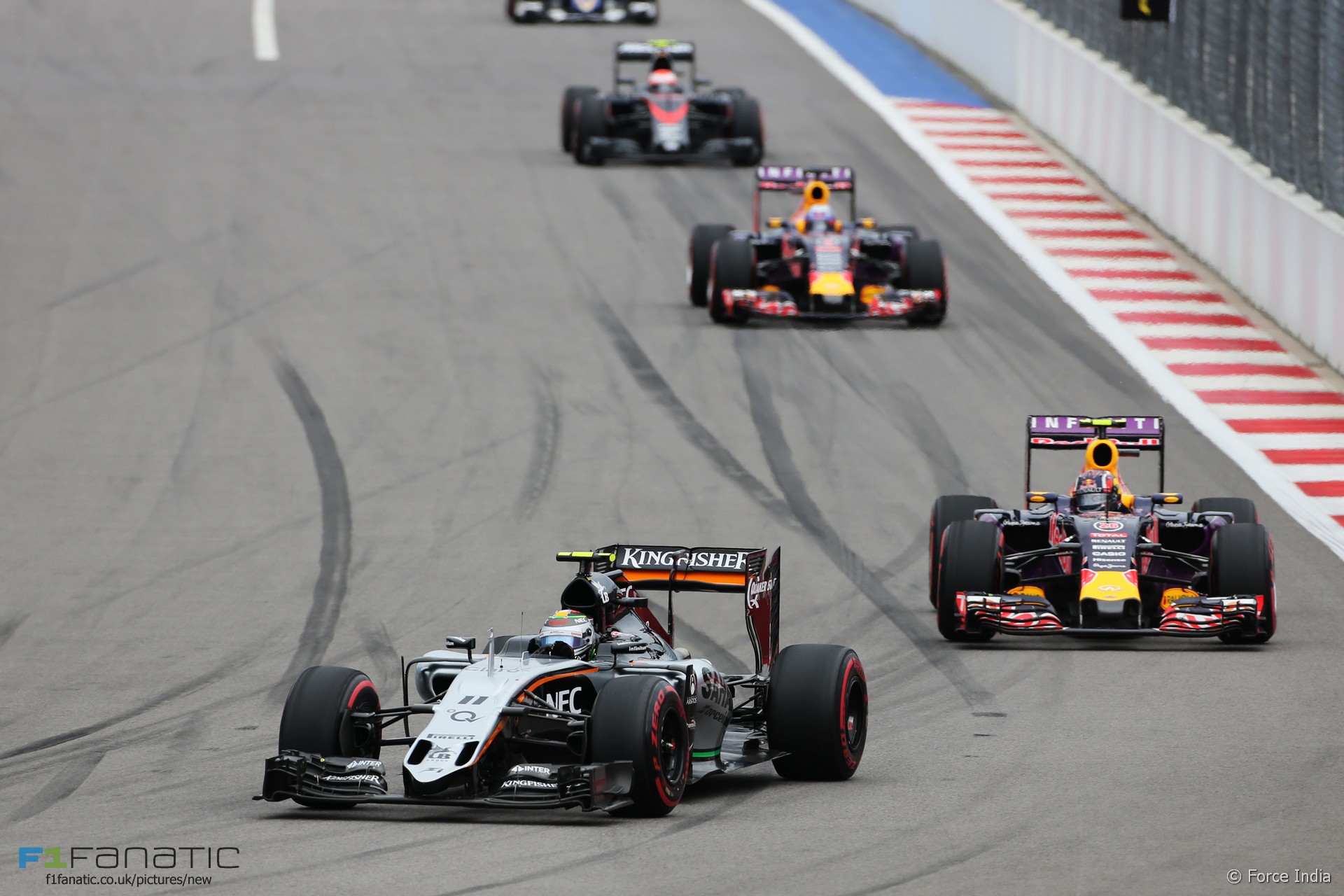 While Sergio Perez’s 41-lap long run on soft tyres earned him a deserved podium finish, another driver managed an even more impressive feat of tyre-nursing in Russia.

Fernando Alonso did almost as many laps – 40 on a single set of super-soft tyres – and was still setting consistent lap times near the end of the race. However his McLaren lacked the pace to contend for the top places – and he lost the final point due to a post-race penalty.

Perez, however, scored Force India’s first podium of the season thanks to their gamble on bringing him in for his sole pit stop when Romain Grosjean’s crash brought out the Safety Car.

“The call to pit under the Safety Car turned out to be very good because it gave us track position ahead of all the battles,” he said.

“With one lap to go, when Valtteri [Bottas] and Kimi [Raikkonen] passed me, it felt like this result had been taken from us. I was obviously disappointed but I also knew I had given all I could during the race.”

“There was no more I could do because I had been on the same tyres for more than 40 laps. When I finally managed to get back into third it was just an amazing feeling.”