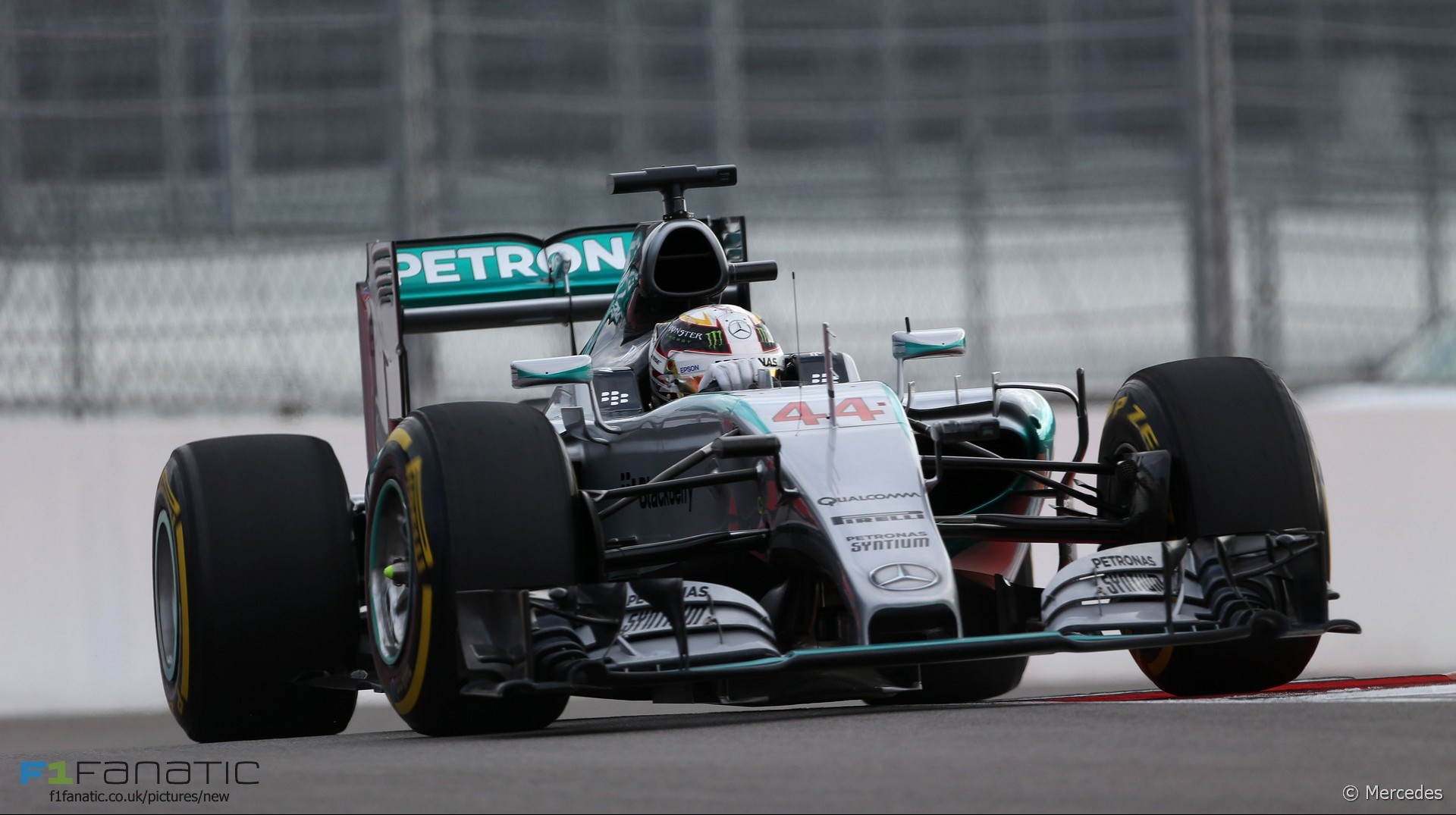 With his 42nd career win yesterday, Lewis Hamilton has drawn one clear of Ayrton Senna in the all-time list and back level with Sebastian Vettel.

Hamilton’s win was his ninth of the year. But curiously this was the third race in a row which he didn’t take pole position for, prior to which he’d started at the front for a near-record seven races in a row. He had previously looked likely to rival Vettel’s record for setting 15 pole positions in a season, but now the best he can do is equal it.

Nico Rosberg took his third pole of the year and the 18th of his career, putting him level with Mario Andretti and Rene Arnoux. Mercedes had their 11th front row lock-out of the year – one fewer than they managed throughout 2014.

With row three occupied by Valtteri Bottas and Vettel, the top four on the grid were exactly the same as the previous round.

Vettel took the fastest lap, giving him a total of 25 so far in his career, putting him level with Mika Hakkinen.

Thanks to Kimi Raikkonen’s penalty, Mercedes wrapped up the constructors’ championship at the same venue as last year. However they sealed the title one race earlier than they did in 2014, indicating they have been even more dominant this season than last year.

Mercedes are only the ninth team in F1 history to successfully defend a constructors’ championship title. The others were Cooper, Ferrari, Lotus, Brabham, McLaren, Williams, Renault and Red Bull.

Raikkonen was handed three penalty points on his licence for the collision. More than half of the field now has at least one penalty point – anyone who accumulates 12 will receive a race ban. The Lotus drivers are leading the table with six each, but Romain Grosjean will deduct two at the end of the day as penalty points expire 12 months after they are incurred. See the Penalties Index for details on how drivers incurred their points

The post-race reshuffle of the finishing positions also elevated Felipe Nasr to sixth place – his best result since his debut in Australia.

Fernando Alonso, however, was demoted from tenth place in his 250th race weekend appearance. Max Verstappen moved up in his place, which means the driver of car number 33 now has 33 championship points.