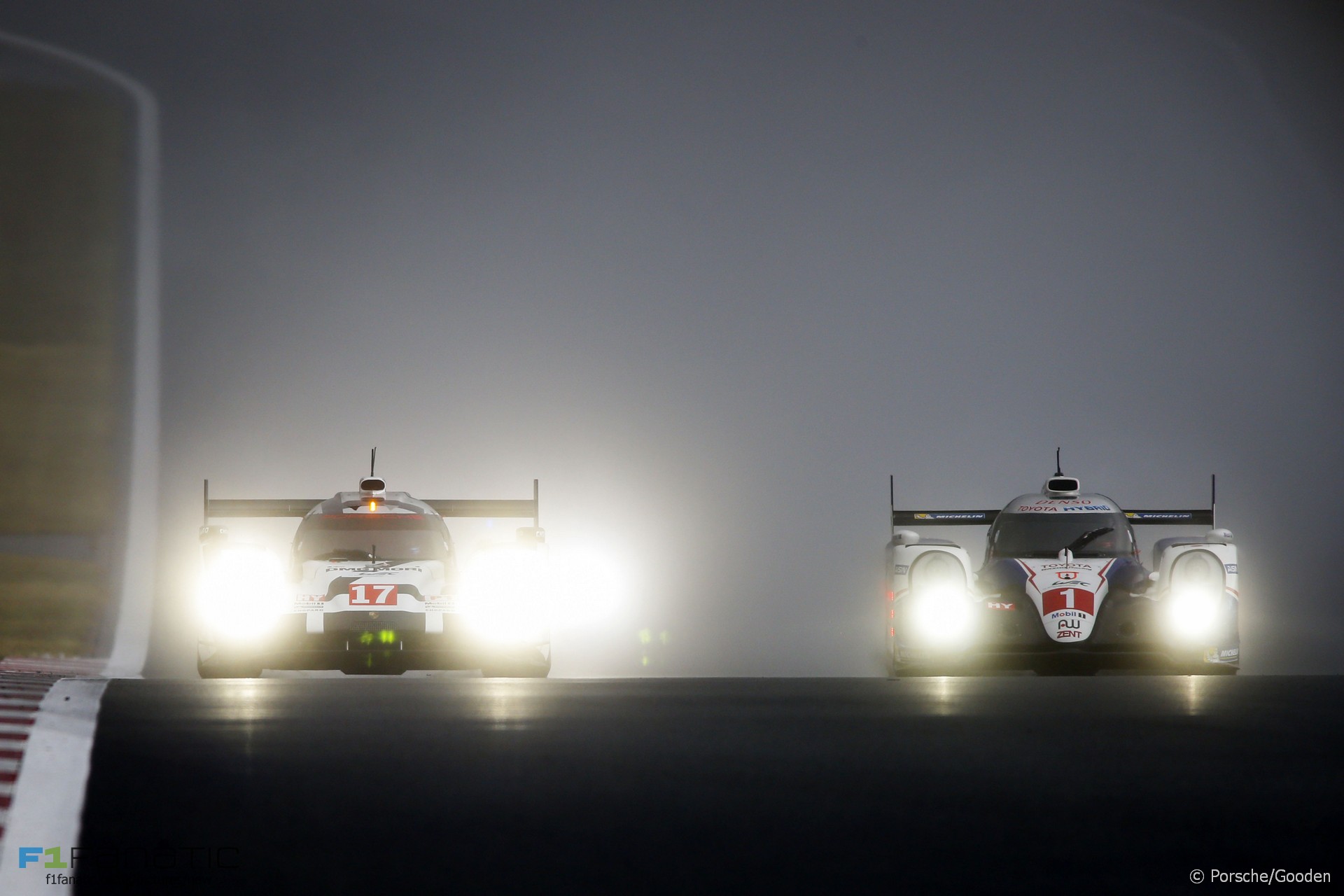 The World Endurance Championship Six Hours of Fuji came to a controversial end as one of the leading cars in the LMP2 category was involved in a series of incidents with its closest rivals.

In the LMP1 class both Porsche and Audi swapped the running order of their cars in the closing stages of the race to maximise their chances in the championship.

Team orders set the result of the Six Hours of Fuji: Neel Jani, Romain Dumas and Marc Lieb surrendered a comfortable lead to allow Porsche’s strongest championship contenders Mark Webber, Brendon Hartley and Timo Bernhard to take their third win in a row. The two Porsches fell behind their Audi and Toyota rivals on the first lap but battled back ahead by the end of the race.

Sam Bird, Julien Canal and Roman Rusinov took a controversial win in the LMP2 category after they and the sister G-Drive car tangled with the rival KCMG car of Matt Howson, Richard Bradley and Nick Tandy on three occasions. The final contact, involving G-Drive racer Gustav Yacaman, ended the KCMG car’s involvement in the race.

The stewards initially held Bradley responsible for the collision, claiming he had braked 37 metres earlier than usual. However the ruling has been suspended after KCMG supplied data showing he was at full throttle when he was hit.

Gordon Shedden Won his second British Touring Car Championship title in fine style after fighting from twentieth on the grid to finish fourth at Brands Hatch. Title rival Jason Plato won the race, but afterwards fumed at team mate Aron Smith whom Plato claimed had been too slow to respond to team orders earlier in the race weekend.

Highlights not available yet.

Just over a second separated the first two cars home after a thousand kilometres of racing around the spectacular Mount Panorama circuit in Bathurst. Craig Lowndes took his sixth victory on the mountain, shared with team mate Steven Richards, and chased home by rivals Mark Winterbottom and Steve Owen.

A mid-race rain shower complicated proceedings in a race punctuated with some heavy crashes and a controversy when the sister Red Bull car was given a drive-through penalty after Jamie Whincup overtook the Safety Car.

Two major accidents occurred in the build-up to the main event, the first of which left Chas Mostert with a broken leg and wrist. In an Aussie Racing Car Series support race (below) Damien Flack was launched into a horrifying series of flips after tangling with his brother Adrian. Flack was taken to hospital and later reported to be in a stable condition.

Joey Logano won a rain-delayed race at Charlotte Motor Speedway in the first race of the second round of NASCAR’s Chase for the Cup. Kevin Harvick followed him home – the pair were separated by less than a second – and is also right behidn Logano at the top of the points table.

Lewis Hamilton moved one step closer to the F1 championship title with victory in Russia.

Meanwhile McLaren junior driver Stoffel Vandoorne clinched the GP2 title with four races to go. In GP3, Esteban Ocon extended his extraordinary run of second-place finishes to nine, and by doing so closed to within two points of championship leader Luca Ghiotto.

Which of these races did you watch over the weekend? Were you following any other motor racing action on four wheels?

We’re in the final weeks of the motor racing season. Next week the Formula Renault 3.5 championship concludes at Jerez, and at the same track no fewer than eight drivers will fight for the Formula Renault 2.0 Eurocup crown. The Hockenheimring will host the DTM and European Formula Three finales.

Hopefully Japan’s Super Formula championship will not see a repeat of the Super GT pit lane madness when it heads to Sugo, with the domestic F3 championship supporting. And NASCAR rumbles in to Kansas.