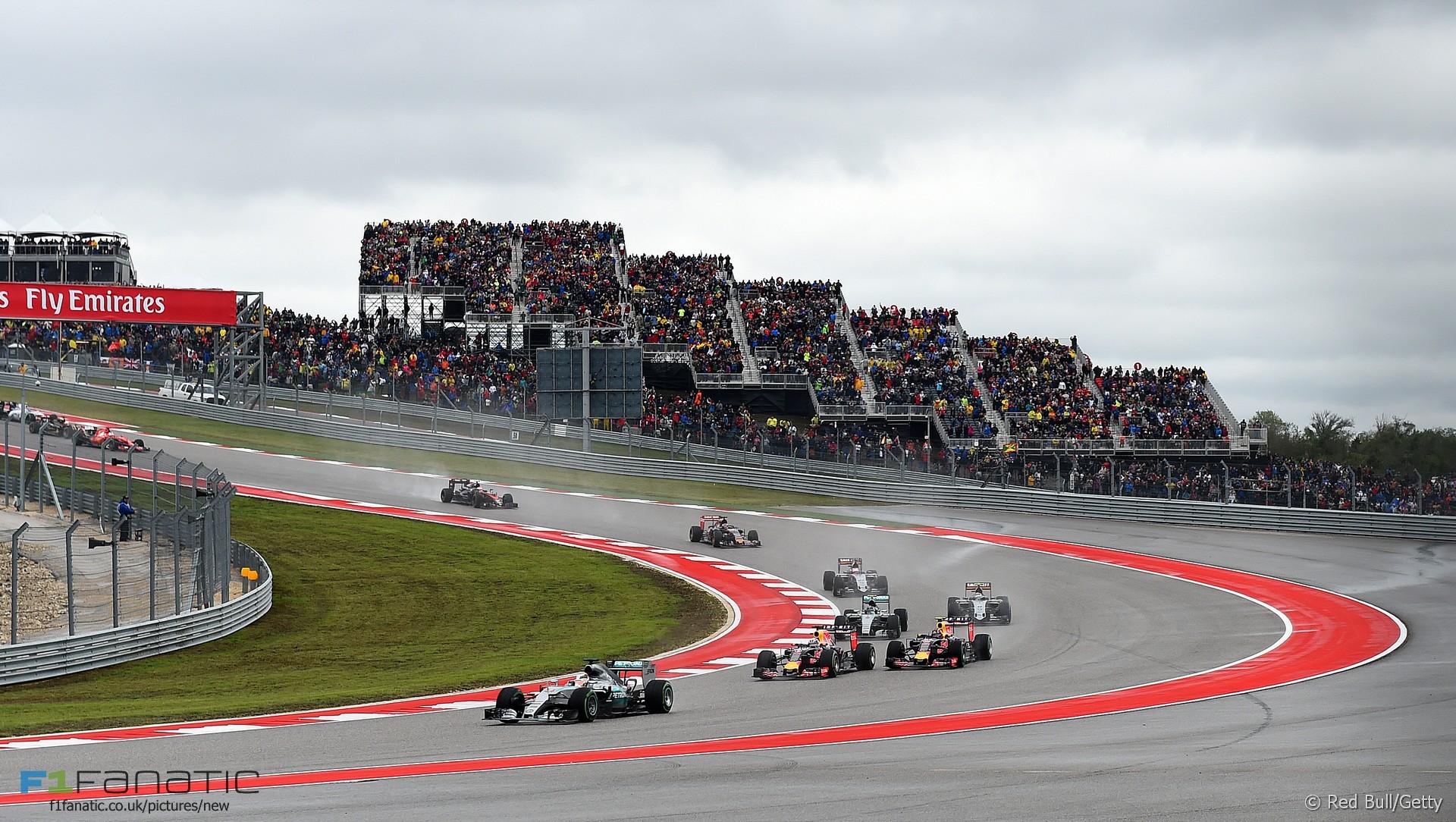 "Asked whether he would like another race, he replied: 'And third. We'd like four races here. We'd like California. Anywhere where it doesn't rain. A few places have come up. Southern California.'"

"I just wanted to ask if it's OK when you are next to another car, at some point on the exit of the corner are you allowed to always push the other car up on the kerbs."

"In some cases, we can't even run because we don't have enough tyres or we have to save engines. Obviously, that means people don't see a lot of cars running."

"Everyone has the right to their own opinion but it doesn’t matter because I won the race so I feel pretty good about it."

"For some people who watched Senna, even putting Lewis in the same sentence as him is offensive. They think Senna was untouchable. Well, it is my opinion – even if some people find it offensive – that Hamilton is the Senna of this era."

"What he really needs is a popular American driver to galvanize support for a sport that lags far behind other mainstream options. Someone like the animated, smiling, tattooed Hamilton, who pranced around the podium stage like a school kid and tossed the first-place trophy in the air and nearly dropped it."

"The behaviour of the driver of the Honda got me back to mind that of the pair of McLaren drivers – Hakkinen and Coulthard – just in that race in Jerez when they did everything they could (were submitted to the FIA transcripts of radio conversations to prove it) to help Villeneuve, having been rewarded at the end with a 1-2 not really deserved."

Pumping up 'The Chase' (The Way It Is)

"From drivers' seats to scoring stands and media centers they rave on about the pressure and unpredictability of 'The Chase' and exclaim about what a great show it makes. And yet not only the crowds at many races but also NASCAR's TV ratings continue to glide steadily downhill to record low levels."

Less than 2 million people watched the drivers championship be decided in the UK live. In primetime. Let that sink in…

Austin never disappoints, but @nico_rosberg took it to a whole new level of awesome last night! "Make some noise!" pic.twitter.com/fA4IH9AfvH

Regarding Raikkonen's query over the rules, if he was on Twitter we could help him out by pointing him towards this: https://t.co/uPEDeMQGm3

Had a lot of fun yesterday! Congratulations @lewishamilton for the championship! Well deserved!

Nico Rosberg’s 19th pole position means that he now has the record for most poles for a non-world champion driver, surpassing Rene Arnoux’s 18.
Ciaran (@Walsh-f1)

Dave Charlton, who started 11 F1 races in the seventies, was born on this day in 1936. He passed away two years ago.

106 comments on “‘We’d like four races in America’ – Ecclestone”