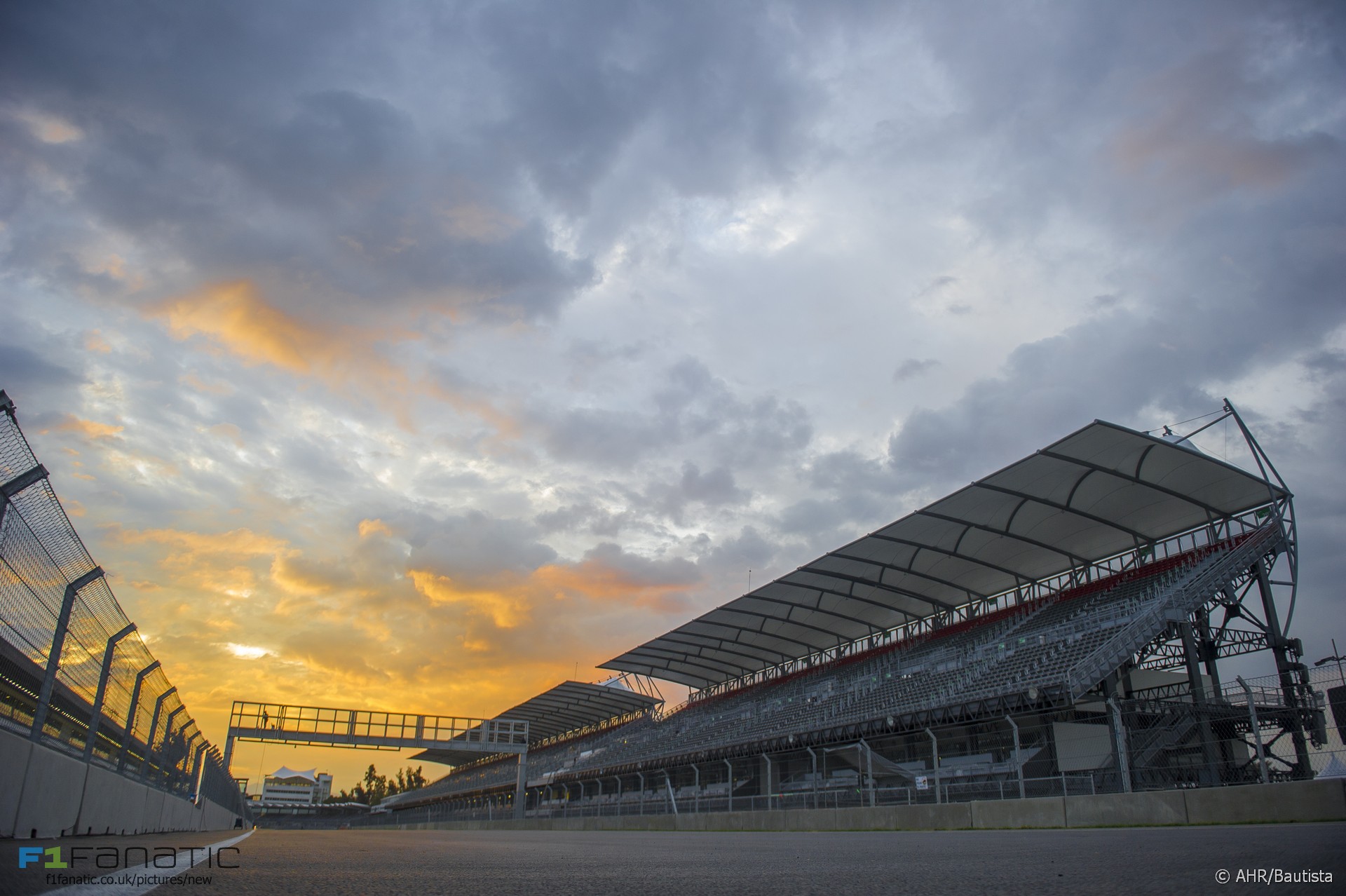 The prospect of a wet Mexican Grand Prix, which seemed likely at the beginning of the week, has begun to recede according to recent forecasts.

Last week Mexico was battered by hurricane Patricia, the storm system which sent a huge band of rain northwards which wreaked havoc with the United States Grand Prix in Austin, Texas.

The rain lingered in Mexico City this week and more is expected over the coming days, but the possibility of it interfering with the city’s first F1 race since 1992 is diminishing.

Current forecasts indicate a chance of showers around midday tomorrow but drivers should get the chance to experience the track in dry conditions to begin with. Further showers are possible on Saturday, when conditions will be more overcast, but after that the prospects for Sunday looks increasingly good. Air temperatures will be consistently around the low-20C range.

3 comments on “Threat of rain receding in Mexico City”