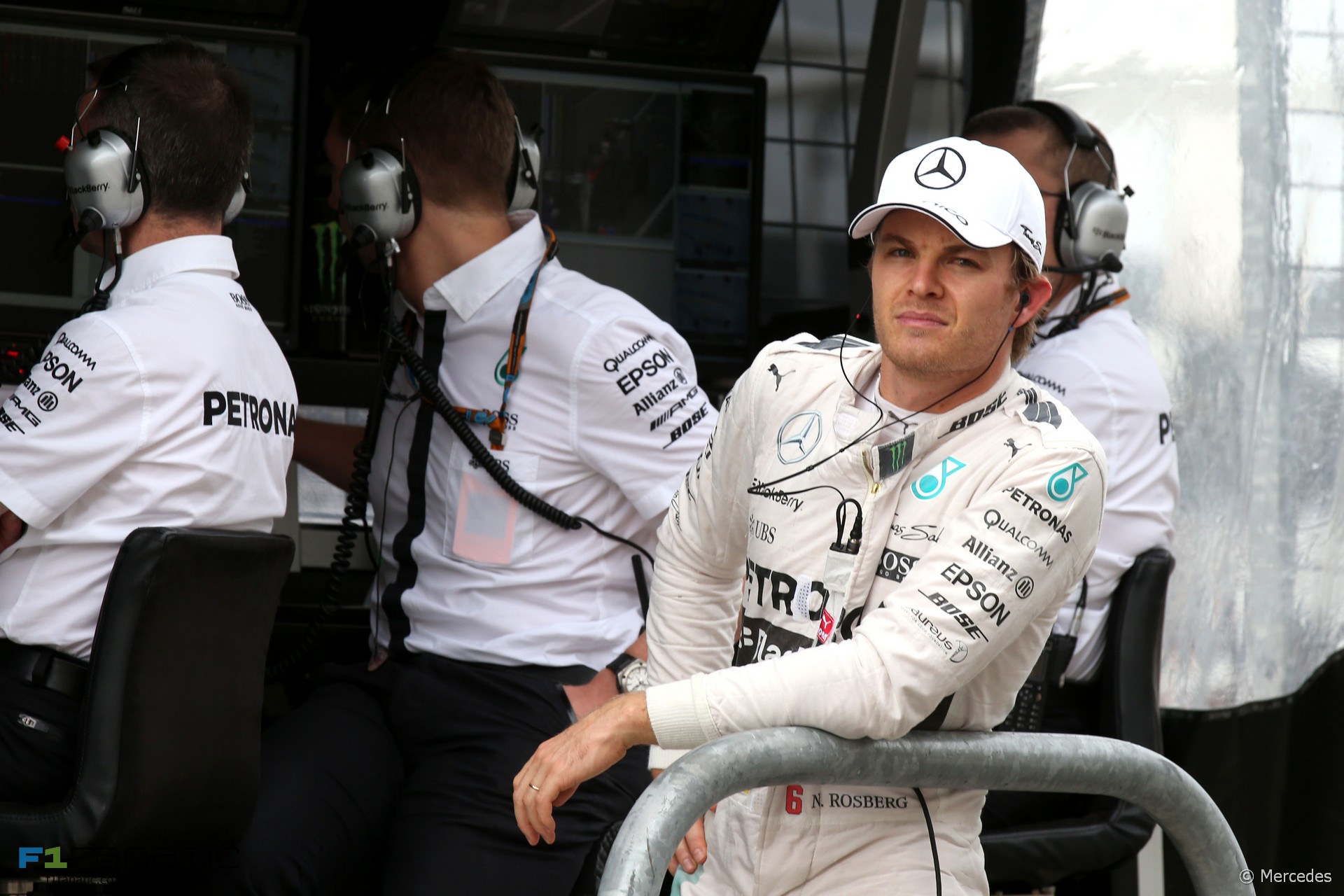 In the round-up: Nico Rosberg says a gust of wind caused the error which cost him victory in the United States Grand Prix.

"It was gust of wind, a big one. I'm serious! But everybody has it, and so you can't really use it as an excuse, It's still a mistake, but I understand my mistake now, and that's important, for me to understand it."

"I was not expecting him to make a mistake like he did and make it easy for me, but it is not so easy when you have someone like me in your mirrors. There is a lot of pressure."

"When asked if Hamilton rates in the top five all-time champions within the sport, Ecclestone replied: 'Yeah, as a champion it’s what he does for you guys and the sport which is so good.'"

"It’s really and truly the people behind things that make things happen. Not necessarily the circuit or the paddock, just the people’s attitude. It’s nothing to do really with money, it’s what people want to do."

"As we have seen, there can be a bit of unfairness. We suddenly found Nico being quite far away from us and suddenly he was on our tail."

"It doesn't matter, as long as at one point I'm in a championship-winning car. I don't care about my team-mate."

Kimi Raikkonen: Results not a fair reflection of my season (ESPN)

"I think we've gone forward in many areas, even if the results in the last two races were pretty bad."

"I am a big fan of Valentino, but he made a mistake! I understand that it is creating a big political issue to help him, but looking at it he is waiting for the other one to do the corner and then his feet just move over."

Wow. First thought on the track is what an astonishing change from 10 months ago. It's not perfect. But it's incredibly impressive.

Chaos at #Mexican GP getting parked at the circuit and it's only Thursday. Doesn't bode well… #F1 #Mexico @F1 @fia

Just 2 hours to get into the circuit in Mexico! Well I say 2 but we aren't actually here yet! Traffic is crazy! #f1

Just been involved in slight bumper bashing en route to circuit in media shuttle. Car bits flopping about but seemingly no issue

Wow this is going to be cool😎👍🏼👌🏼💥 pic.twitter.com/jOhKm8IfM9

The morning after winning in Austin, on our way to LA for a few days. That moment when it all sinks in. That moment when I realized my dreams and goals are becoming a reality. All the hard work, the stress, the tears, the happy times and everything in between was all worth it. Something I dreamt about as a kid, is now really my life, and I can't emphasize enough, how grateful I am. There's just one thing I need you to remember, YOU can do it too. #TeamLH #WeOutHere #GodIsTheGreatest #TheWon #3x

This is just genius:

Surely Mercedes would be better off simply double-DNFing the next three races.

They’ve already won both championships, and the entry fee for a season is a flat rate plus a figure based on the number of points scored in the previous season. I don’t believe the prize money is based on points, rather it’s just the finishing position in the constructors, but am happy to be proven wrong.

So, given Mercedes dominance, they could reasonably expect a one-two in the next three races. So that’s 43 points per race, or 129 points total. This year, on top of the basic entry fee, they had to pay $6,194 per point. So scoring an additional 129 points equates to an increase in their entry fee of $799,026.

OK for Mercedes that’s probably peanuts, but still, I’d rather make the saving. They may as well race, and then just peel off into the pits on the last lap!
Chris (@Cdavman)

Former F1 driver Christian Fittipaldi won the 2000 CART IndyCar season finale at Fontana. The race ended in drama as leader Alex Tagliani crashed out with two laps to go due to a blown engine. Gil de Ferran, who had set pole position with a record average speed of 241.428mph (388.541kph), clinched the championship. De Ferran went on to become sporting director for BAR-Honda in the mid-2000s: