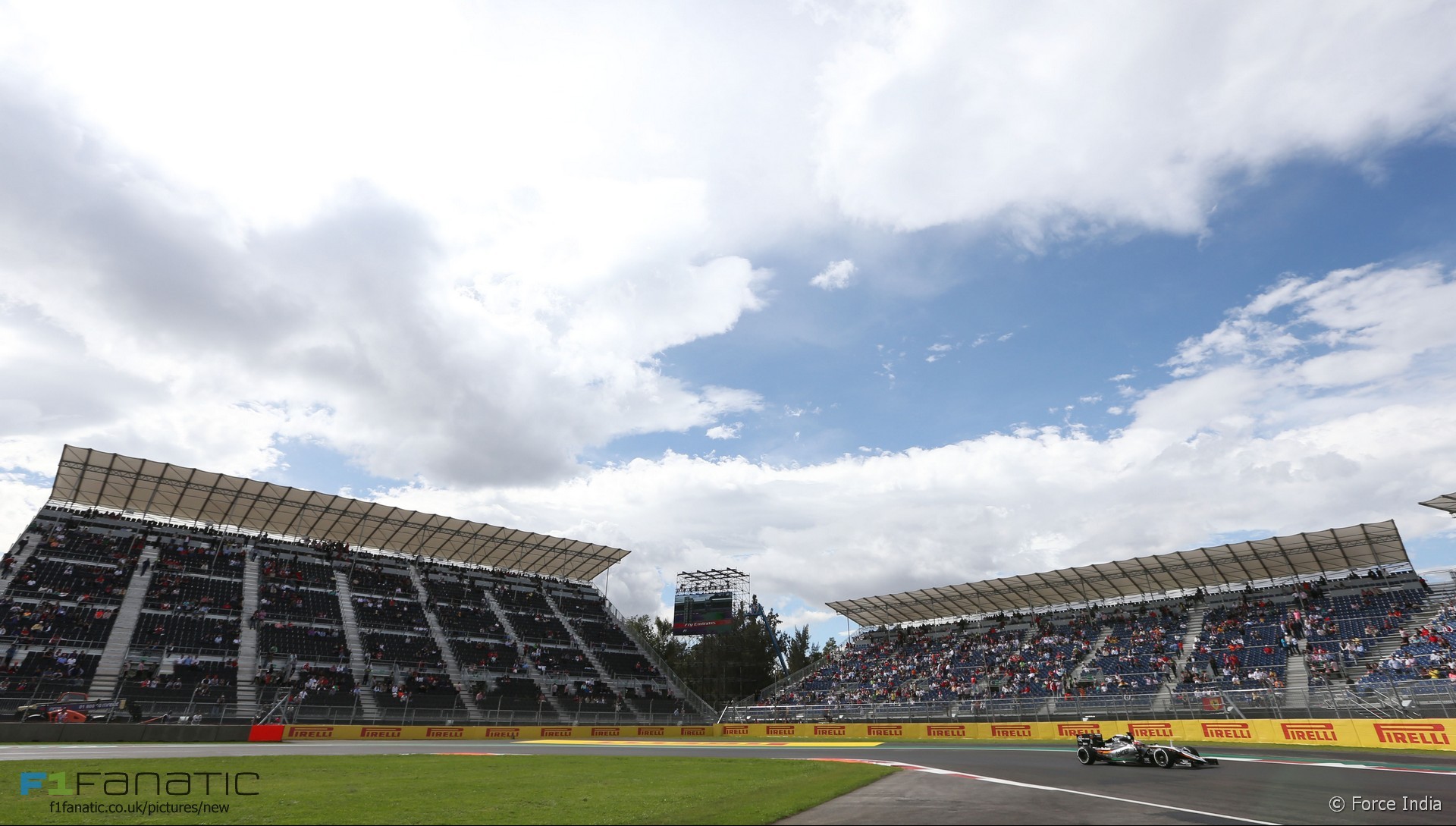 A very low-grip surface was the first of several challenges the drivers faced when they explored the Autodromo Hermanos Rodriguez for the first time on Friday.

The combination of rain and an oily new track surface which was laid later than expected – too late for Pirelli to inspect it fully beforehand – made for a track so slippery Lewis Hamilton described it as “crazy”.

However lap times on the first day of running at the revised circuit fell to within two seconds of Mercedes’ pre-weekend projections, despite the showers which fell during the second practice session.

Drivers were struggling with the track well before then: Daniil Kvyat said his car was “undriveable” during the session, telling his race engineer he was “losing everything: brakes, tyre temperatures, cooling…”

At Ferrari Kimi Raikkonen’s race engineer apologetically told his driver: “I know the laps have been scrappy Kimi but we need to kind of get on with the programme if you agree to box.”

New-track teething problems were everywhere: Marcus Ericsson couldn’t get his car stopped properly in the heavy braking zones at turns one, four and twelve because his car kept bottoming. Valtteri Bottas almost had an almighty accident at turn one when his car’s rear wing remained stalled after he closed his DRS, leading to a hair-raising 350kph spin.

Earlier in the day Hamilton hit the highest top speed seen so far this year at a race weekend: an eye-watering, tow-assisted 362.2kph – a whisker over 225mph. Amazingly, due to Mexico City’s thin air this is possible despite the cars running steep, Monaco-style wing angles.

Mercedes didn’t escape the new-track troubles as both Nico Rosberg’s rear brakes caught fire after a skidded to a stop at turn 12 during first practice. This is an area all the teams will have to pay close attention to for the race. “I think it’s going to be a tough weekend for everyone,” reflected Jenson Button, “particularly in the race, when cars will be running closely in traffic”.

Button, who like team mate Fernando Alonso will start at the back due to McLaren’s latest engine change penalties, is expecting an “unpredictable” grand prix. The weather looks set to throw another variable into the works. The forecast for the rest of the weekend had been improving, but there is a decent chance of more rain on Saturday which could make for a dramatic qualifying session.

One of the few elements which doesn’t look likely to an offer a surprise is the tyre compounds. The soft tyre is vastly quicker than the medium, and with grip so low the teams can run it for a long time:

10 comments on “Tricky track and weather to keep drivers guessing”