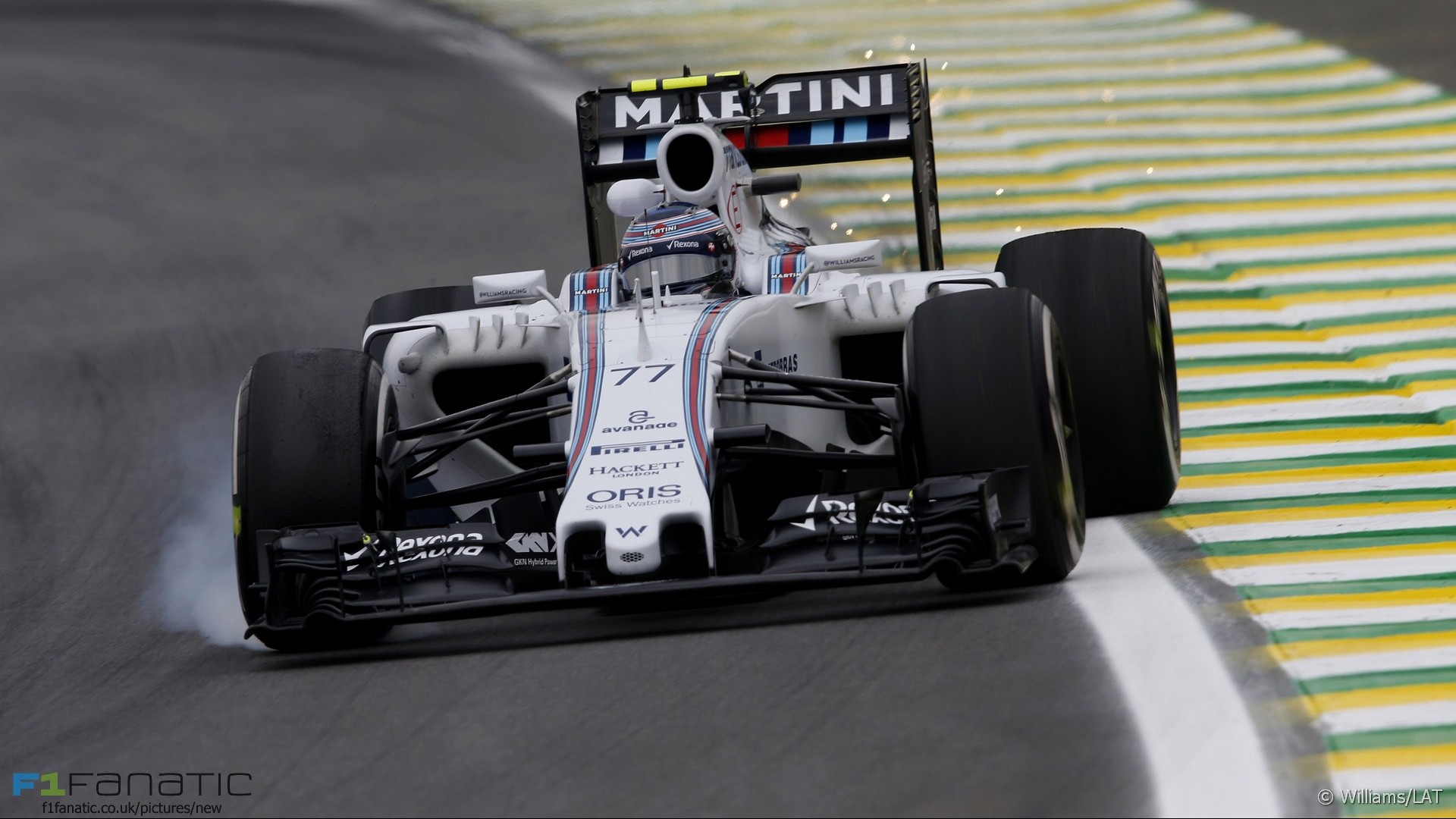 Valtteri Bottas has been given a three-place grid penalty for the Brazilian Grand Prix.

The Willimas driver was found to have overtaken Felipe Nasr when red flags were displayed during second practice.

“The driver of car 77 admitted he overtook car 12 under red flags,” the stewards noted.

“The stewards in applying the penalty took into consideration that despite the considerable speed difference between the cars, the driver of car 77 could have avoided overtaking under the red flag.”

Bottas was also given two penalty points on his licence.

Sebastian Vettel was previously given a grid penalty for overtaking under a red flag during practice in Canada.

12 comments on “Bottas given grid penalty for red flag infringement”