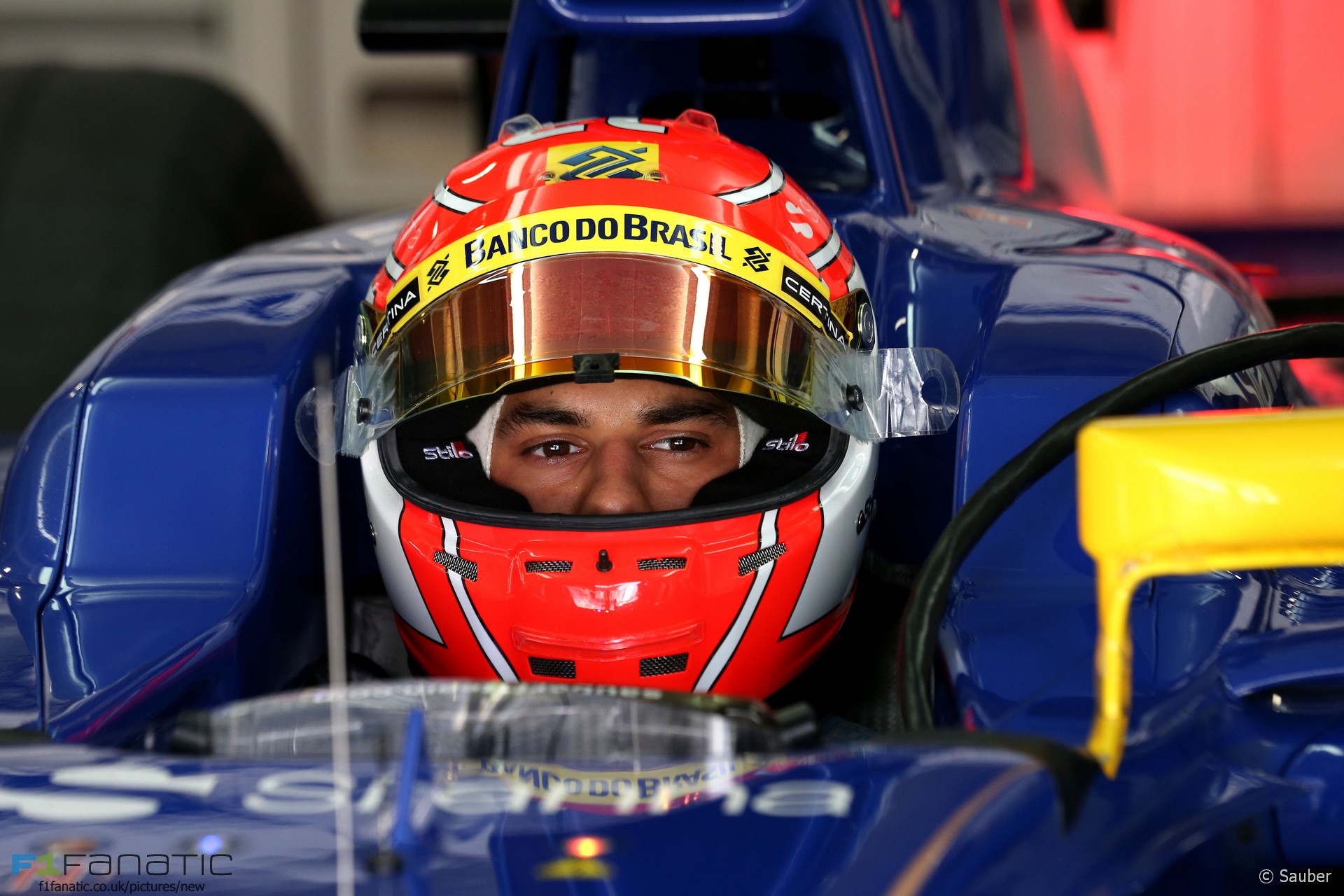 Felipe Nasr has been given a three-place grid penalty for impending Felipe Massa during qualifying for the Brazilian Grand Prix.

The stewards also gave Nasr two penalty points on his licence for the incident which occurred in Q1. Both drivers proceeded to Q2, and Massa went on to reach Q3.

“The penalty is a shame,” said Nasr, “but I will do my best to finish the race in the points.”

3 comments on “Nasr given grid penalty for impeding Massa”