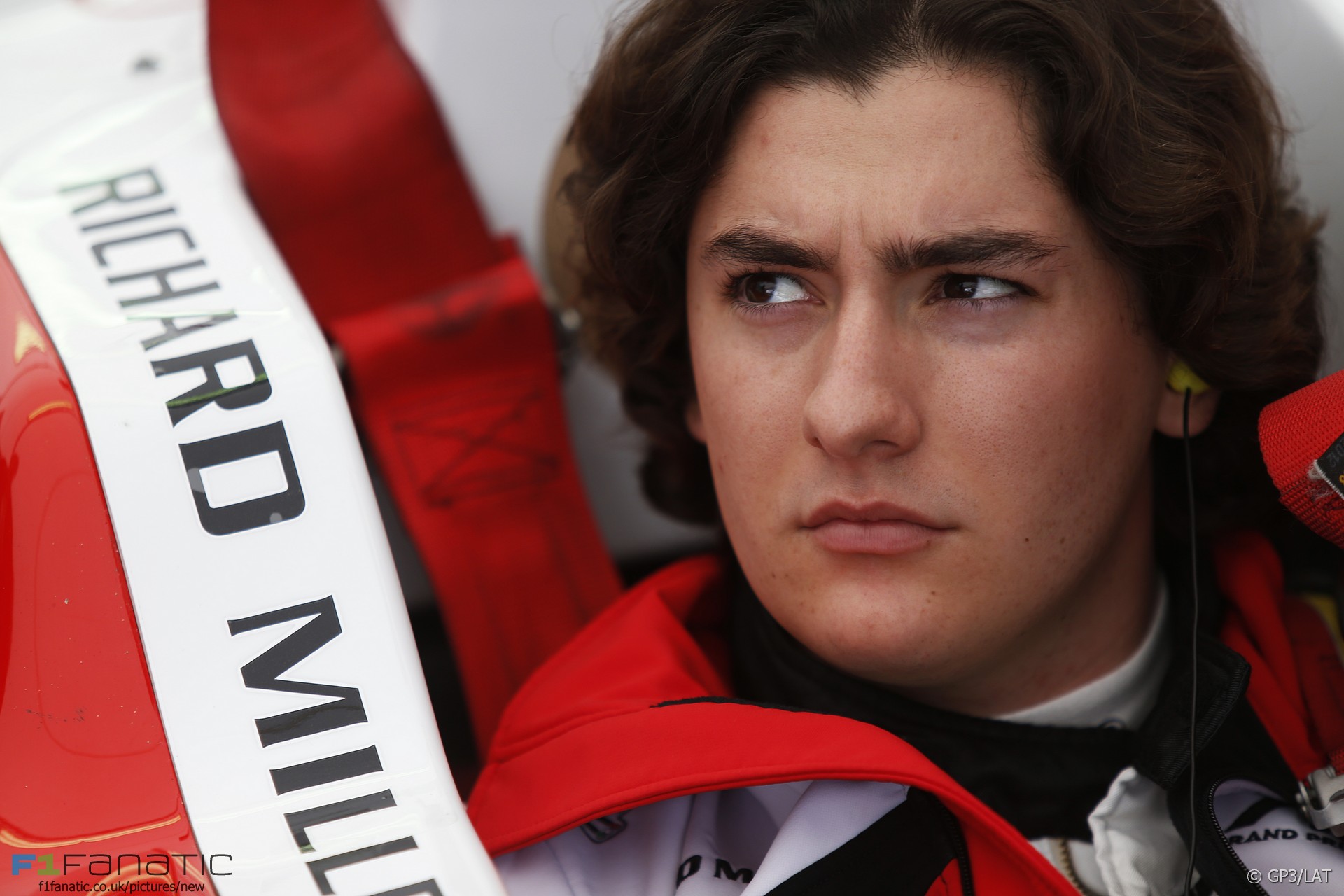 Force India has announced the signing of 19-year-old Mexican racer Alfonso Celis as their development driver.

He will drive for the team in the upcoming Abu Dhabi test and will make seven appearances as a practice driver during the 2016 F1 season.

Celis said testing for the team will be “the biggest moment in my career” so far. “It’s a huge honour to begin working with Sahara Force India,” he added. “It’s an amazing opportunity for me to learn about Formula One and to work closely with the engineers and race drivers.”

Celis has competed in a broad range of racing disciplines over the past three seasons including Formula Renault 2.0, Formula Three, GP3 and the Toyota Racing Series. He spent a full season in Formula Renault 3.5 this year, placing 16th overall but enduring several retirements due to electrical problems on his car. A parallel campaign in GP3 saw take a best finish to date of third at Spa-Francorchamps.

He will remain in the three-and-a-half litre class next year as the championship is rebranded as Formula 3.5 V8.