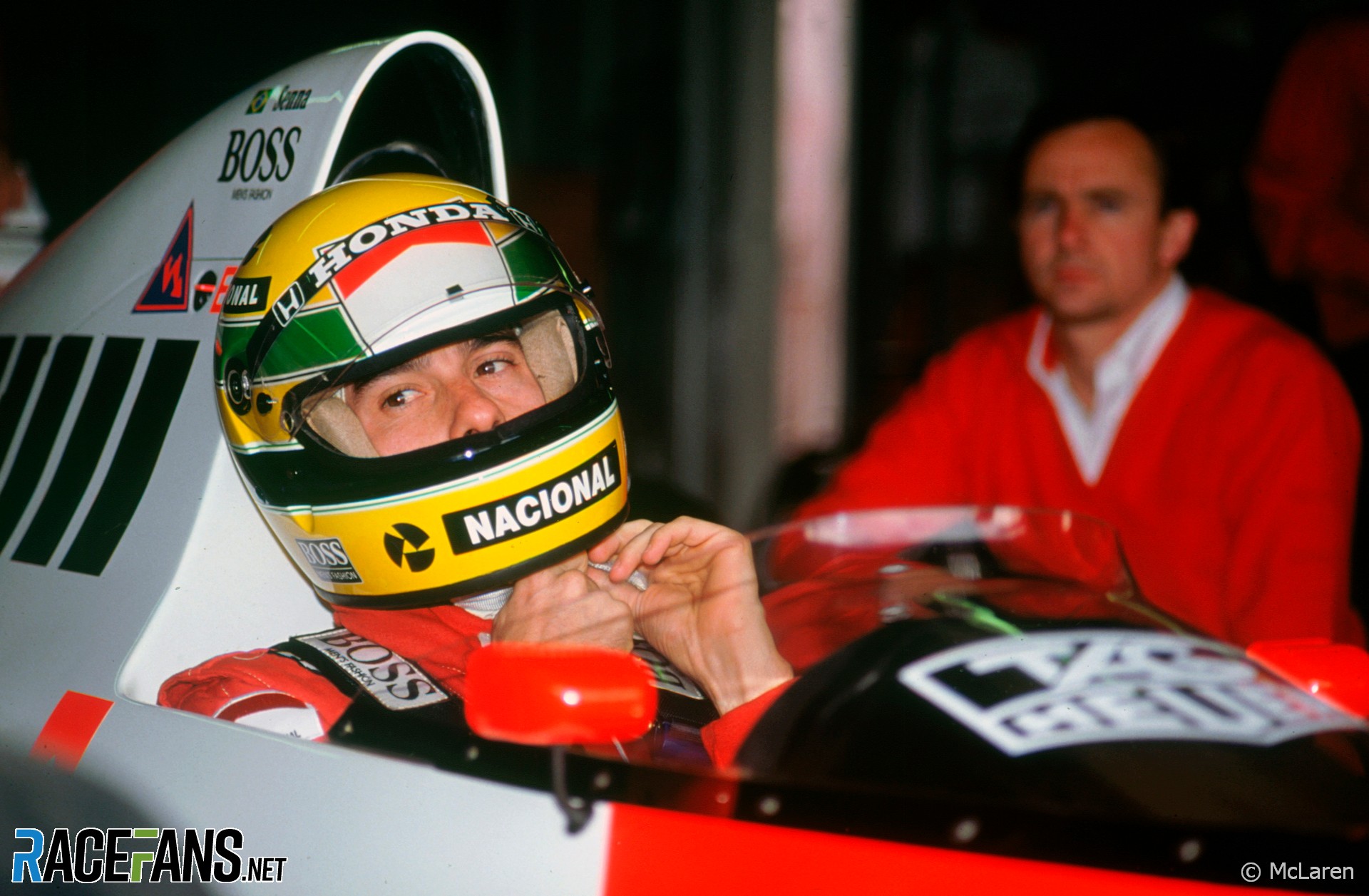 Ayrton Senna uttered these famous words 25 years ago this month, and it has since become arguably the most famous phrase ever spoken by a Formula One driver. It is certainly the most frequently quoted by readers of this website.

Kimi Raikkonen lunging at Valtteri Bottas in Russia, Lewis Hamilton forcing Nico Rosberg wide in Austin, Max Verstappen crashing as he tried to pass Romain Grosjean in Monaco: these are just three of the most recent incidents* which have led to the quote being as a justification for drivers exploring the limits of acceptable racing.

However there is a problem with invoking Senna’s immortal words in this way, one which tends to get overlooked:

During the build-up to the Australian Grand Prix in 1990 Senna, who had just won his second world championship, sat down to be interviewed by three-times champion Jackie Stewart for Australia’s Channel Nine. Before the pair started talking a video clip was played.

The film showed Senna’s white-and-red McLaren ploughing into the rear of Alain Prost’s scarlet Ferrari at the start of the previous race in Japan. The crash put both out of the race and confirmed Senna as champion for the second time in the most controversial way. Senna defended his driving to Stewart.

“He knew I was right with him,” Senna began. “I was not far behind. I was right with him and when I was right behind him he moved to the inside line going towards the first corner, I just chased him and then he opened the gap. And knowing me like he does know, he must realise if there was a gap I was going to try and overtake him.”

Senna took umbrage at Stewart’s line of questioning. “As soon as it ended and the cameras were switched off, Ayrton told me that I should not ask for another interview because he would never speak to me again,” Stewart recalled in his 2007 autobiography.

At the time Senna was eager to portray the incident as a collision between two drivers who were fighting for the lead of the race and the world championship. It took his a year to admit what many at the time suspected: he had taken Prost off deliberately to be certain of the championship in retaliation for Prost taking him out at the same race the year before, and following what Senna believed was prejudicial interference in Prost’s favour by the president of the sport’s governing body, Jean-Marie Balestre.

In October 1991, Balestre lost his presidency of the Federation International du Sport Automobile to Max Mosley, a British lawyer who during his campaign had criticised Balestre’s handling of the original Suzuka affair. One week after winning the election, Mosley watched Senna win his third world championship in Japan, following which the Brazilian driver finally confessed he hadn’t been ‘going for a gap’ when he hit Prost the year before.

Senna’s explanation was as follows: “I said to myself: ‘OK, you try to work cleanly and do the job properly and you get fucked by stupid people. All right, if tomorrow Prost beats me off the line, at the first corner I will go for it, and he better not turn in because he is not going to make it’. And it just happened.”

Senna was later persuaded by Mosley to put his name to what the new FISA president called “weasel words” in order to protect himself from allegations of dangerous driving. “At no time did I deliberately collide with Alain”, the statement read as Senna unsuccessfully attempted to show he had been “misinterpreted”.

According to Stewart, Senna didn’t speak to him for a year after the interview – until he decided to own up to the collision. “I was in Australia for the grand prix when Senna called me,” said Stewart last year. “He was a deeply religious man and he said: ‘Look. I am phoning to apologise because I do now admit that I did take Prost off the road intentionally and God won’t allow me to live this lie. I am going to announce it to the media tonight.'”

“He is not going to make it”

Whether you consider Senna’s action at Suzuka in 1990 a justifiable response to previous wrongs or a reckless act of unpardonable selfishness, the debate over whether it was intentional concluded in 1991. Given that, his original explanation for the collision falls to pieces.

Senna was a driver of staggering ability, intense application and immense charisma. His untimely death in 1994 undoubtedly kept him from winning more than the 41 races and three world championships he did achieve.

But he was no saint, and this period in his history was Senna at his least saintly.

When Senna said “if you no longer go for a gap you are no longer a racing driver” he was not espousing a pure philosophy of motor racing, he was telling a fib which he clung to for 12 months. But at least he eventually set the record straight – something which can’t necessarily be said for others who committed F1’s dodgier moves.