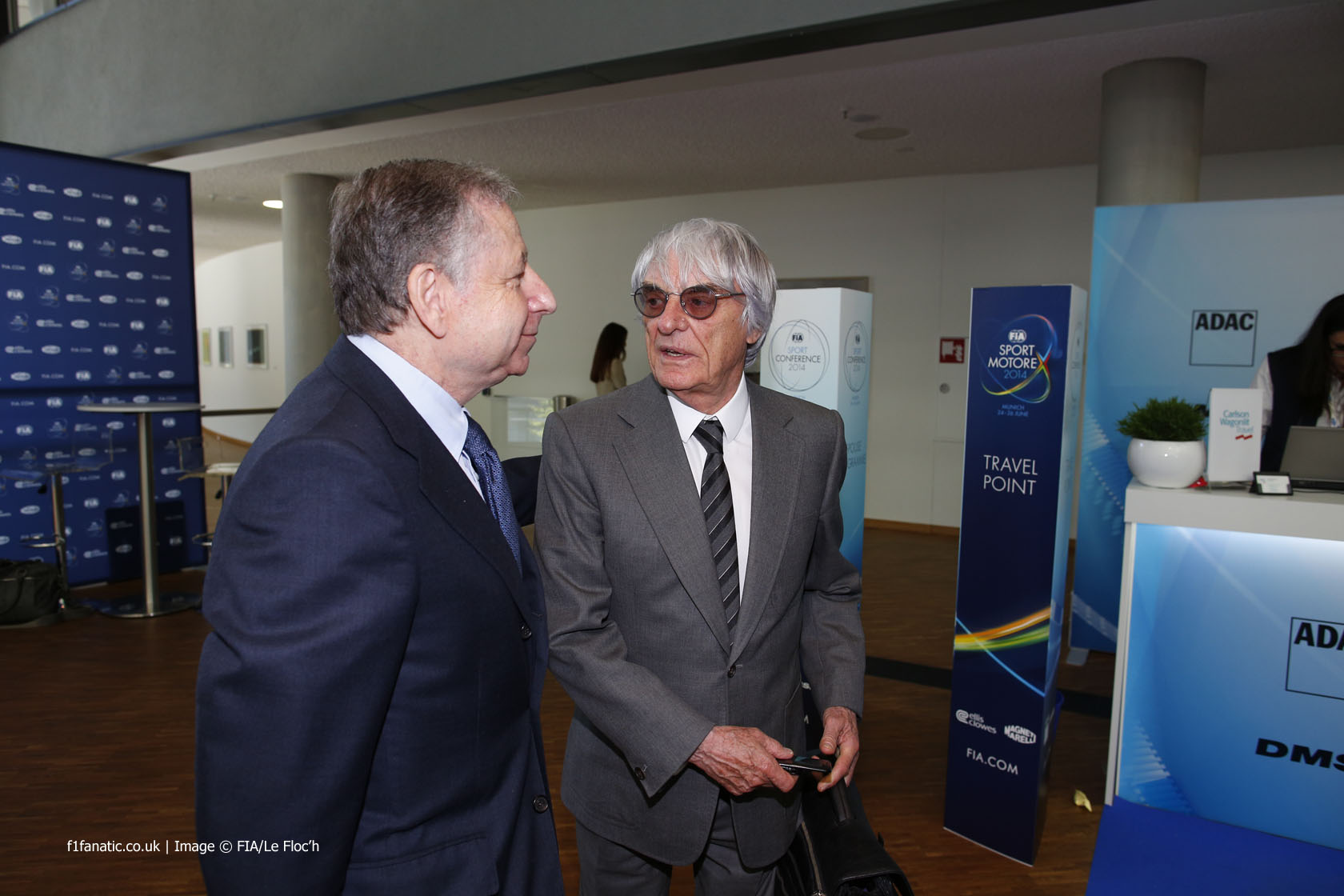 In the round-up: The FIA’s F1 Commission has rejected Bernie Ecclestone and Jean Todt’s plan to appoint a supplier for an alternative ‘client engine’.

Ecclestone and Todt failed to obtain the necessary majority of support from the F1 Commission to have the planned client engine added to the regulations.

"Our evaluation is at least two teams for it to be profitable for us on a financial level, and also be able to be within the targets set out by the FIA. Two teams, four cars: that's our evaluation."

"Mosley feels the research being done on the F1 engines is beneficial to Mercedes as a road car manufacturer and therefore the cost should be written off as R&D."

Do Pirelli have the hardest job in the sport? (BBC)

"(Hembery) admits this has not been entirely successful. 'Not all years,' he says, admitting things are not working out that way 'at the moment'. 'It was probably best in 2012.'"

F1 urged to 'decide what it is' (Autosport)

"Sometimes we put on absolutely stunning races that are just naturally fantastic to watch and sometimes they're not. I think we strike the right balance."

"I remember (Chris Dyer's) tears at the end of the race, when he was hiding on the terrace hospitality and his anxiety to explain how he arrived at that choice in the following days, when we were there on the track for four days of testing."

Were you a believer? (Darren Heath)

"The sport’s governing body, the FIA, rubber-stamped new legislation that – from 2016 onwards – means no driver under the age of 18 can qualify for a superlicence or, therefore, compete at a Formula One grand prix. How daft does that decision look now?"

Jogging in Dubai. Is it not the same architect who built my nose a few years ago ? pic.twitter.com/vLK0bMqEhu

Does Ferrari having a veto over the sport’s regulations help them gain an on-track advantage over their rivals? @Lockup argues it does:

Ferrari, and its veto, is terrible for F1, and this is an example of why.

Without this latest veto the two leading engine suppliers would have less income, which as they freely admit they spend on development. It makes it even harder for Renault and Honda, who don’t have this customer income, to catch up. It ensures F1 will stay a two-horse race.

Motor racing is supposed to be a sport where you win with excellence. It’s crazy to give one of them advantages to help them win with less excellence. It makes the whole thing pointless.
@Lockup

Add your vote to this week’s poll here:

Stirling Moss won a go-kart race in Nassau, the capital city of the Bahamas, on this day in 1960. “It was something of a fun event and not terribly serious” he recalled in his book All My Races.