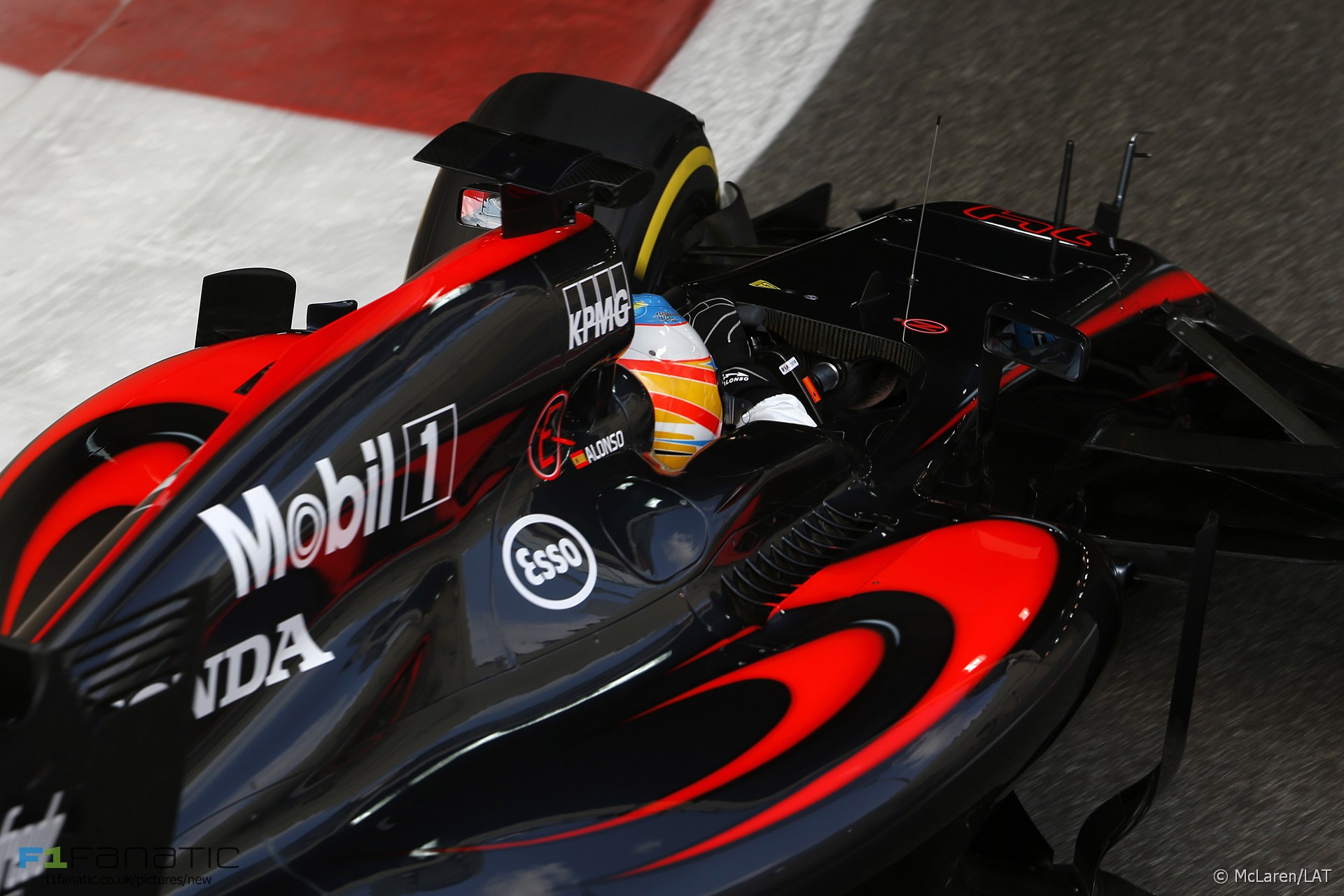 McLaren allowed Fernando Alonso to turn his engine up to “full deployment” as he made a late bid to claim the fastest lap of the race in Abu Dhabi.

Alonso also switched to super-soft tyres for his run at the end of the race which left him 0.279 seconds off the quickest time set in the race by Lewis Hamilton. Hamilton set his time eight laps before Alonso on the harder soft compound tyres.

Racing director Eric Boullier described the achievement as a “reason to be cheerful, if humble”.

“Our corner speeds here have been more than respectable all weekend,” he said. “Over the last five laps of today’s race, we switched Fernando’s settings to ‘full deployment’, not only so as to allow him to have a bit of on-track fun – to which enjoyment he’s been something of a stranger in recent weeks and months – but also so as to find out just how well our car would perform in that performance configuration.”

“The results were more than somewhat encouraging. He carved his fastest lap on the race’s 52nd tour – 1’44.796s – and only two drivers bettered that: Mercedes’ Lewis Hamilton and Ferrari’s Sebastian Vettel.”

Alonso, who was delayed by a first-lap collision with Pastor Maldonado, finished the race 17th and unhappy at his penalty for the incident.

40 comments on “Alonso close to fastest lap with “full deployment””