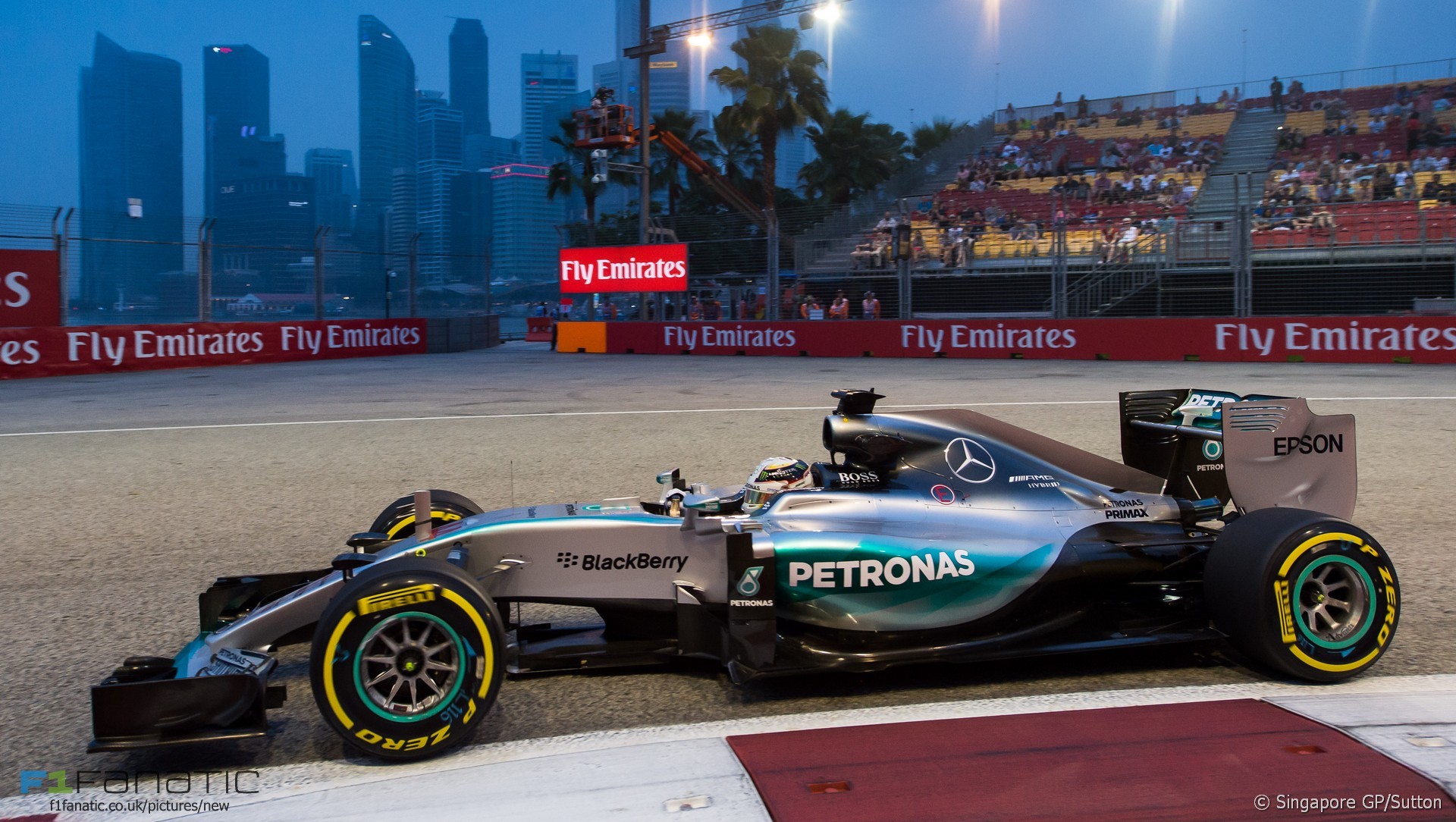 In the round-up: Lewis Hamilton confirms he has been struggling with the balance of his car in the last seven races.

"Since then it has been terrible – terrible laps, terrible balance, particularly on Saturday – so I need to figure that out."

"The way Mercedes had had to respond to that change post-Singapore in terms of its set up has perhaps hurt Hamilton. Certainly, he believes so."

"Azerbaijan's big debut on the Formula One calendar next June looks sure to be sold out because local organisers are planning on selling only 28,000 tickets for the race in Baku."

Pirelli has 12 hours to find a 'cliff' (Autosport)

"We've one shot for next season, and we don't know if it will work the way we want it to, but we are trying to bring back a 'cliff' into it."

"I think the regulations are extremely stable for next year and obviously Mercedes will inevitably carry on the dominance, such is their margin."

"We have a contract for an engine, the details of which I hope to be able to announce within a week."

"If Renault's nine-year commitment to F1 is confirmed, then it will be the first evidence of an outfit committing in to the next 'Concorde' period."

"Horner is absolutely right in that F1 needs to be supplying entertainment, and that was considerably lacking at Yas Marina Circuit. It was no fault of the venue."

"And now with Hamilton at half-cock Rosberg is lauded for raising his game. Has the world gone mad?"

Well done today @JensonButton So impressed you kept Bottas behind at the endbof the race. Mission impossible: Done.

A handful more stats on the 2015 season spotted by Craig:

Sergio Perez had his best season to date, finishing higher and with more points than he did in 2012. I felt that he drove far better than he has done in any season too.

Daniel Ricciardo finished behind his team mate(s) for the third time in five seasons.

Lewis Hamilton equalled the record for most podium finishes in a season (although Michael Schumacher’s incredible record of 100% still stands). For the second time in his career, he has finished second in three consecutive races.

For the first time in his career, Fernando Alonso has finished a season with fewer points than a team mate. However, he finished behind Lewis Hamilton and Tarso Marques on count-back in 2007 and 2001 respectively, and scored fewer points than Jarno Trulli before the latter was sacked in 2004.

Finally well done to Manor on being the second most reliable team, only just behind the mighty Mercedes, and tied with Williams.
Craig Woollard (@Craig-o)

Ex-F1 drivers Jacky Ickx and Jochen Mass won the final round of the World Sports-Prototype Championship (fore-runner to WEC) on this day 30 years ago. The race was held at the Shah Alam circuit in Selangor, Malaysia.

Also on this day last year Sebastian Vettel had his first official run as a Ferrari driver: