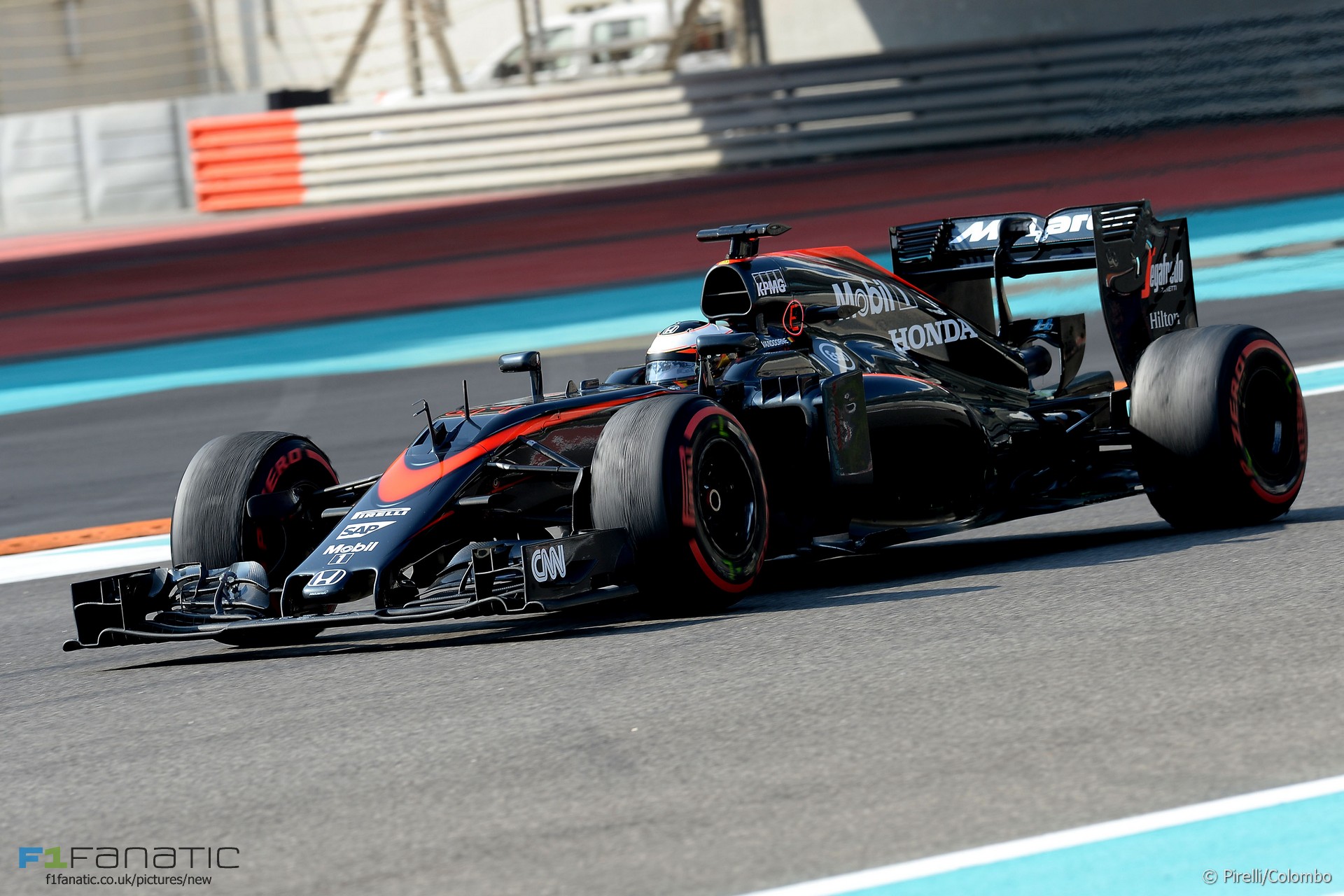 Stoffel Vandoorne headed the times for McLaren as F1 cars tested for the last time in 2015.

The test, which was conducted behind closed doors, was organised by Pirelli and involved all ten teams. Unmarked tyres were used as F1’s official tyre supplier evaluated several different potential versions of the new-for-2016 ‘ultra-soft’ compound.

Pirelli motorsport director Paul Hembery said the test gave them “one shot” to develop its tyres for next year.

“The ultra-soft’s target for 2016 is to introduce a compound softer than the super-soft and mainly designed as aggressive choice for street circuits: with better performance than the latest version of the super-soft tyre and faster degradation, in order to allow the teams to take a more aggressive approach to race strategy.”

“Whether this will produce more pit stops, or any difference in strategies, it’s too early to say for now. We will fully analyse our data and team telemetry once we get back to base. But it seems we are heading in the right direction: the ultra-soft is expected to offer more possibilities for certain races.”

The busiest team was Force India, who covered 136 laps. New development driver Alfonso Celis completed more than a full race distance in his first F1 test. Jordan King, who was also having his first run in an F1 car, ended the test slowest in the Manor albeit within a tenth of a second of Rio Haryanto’s time.