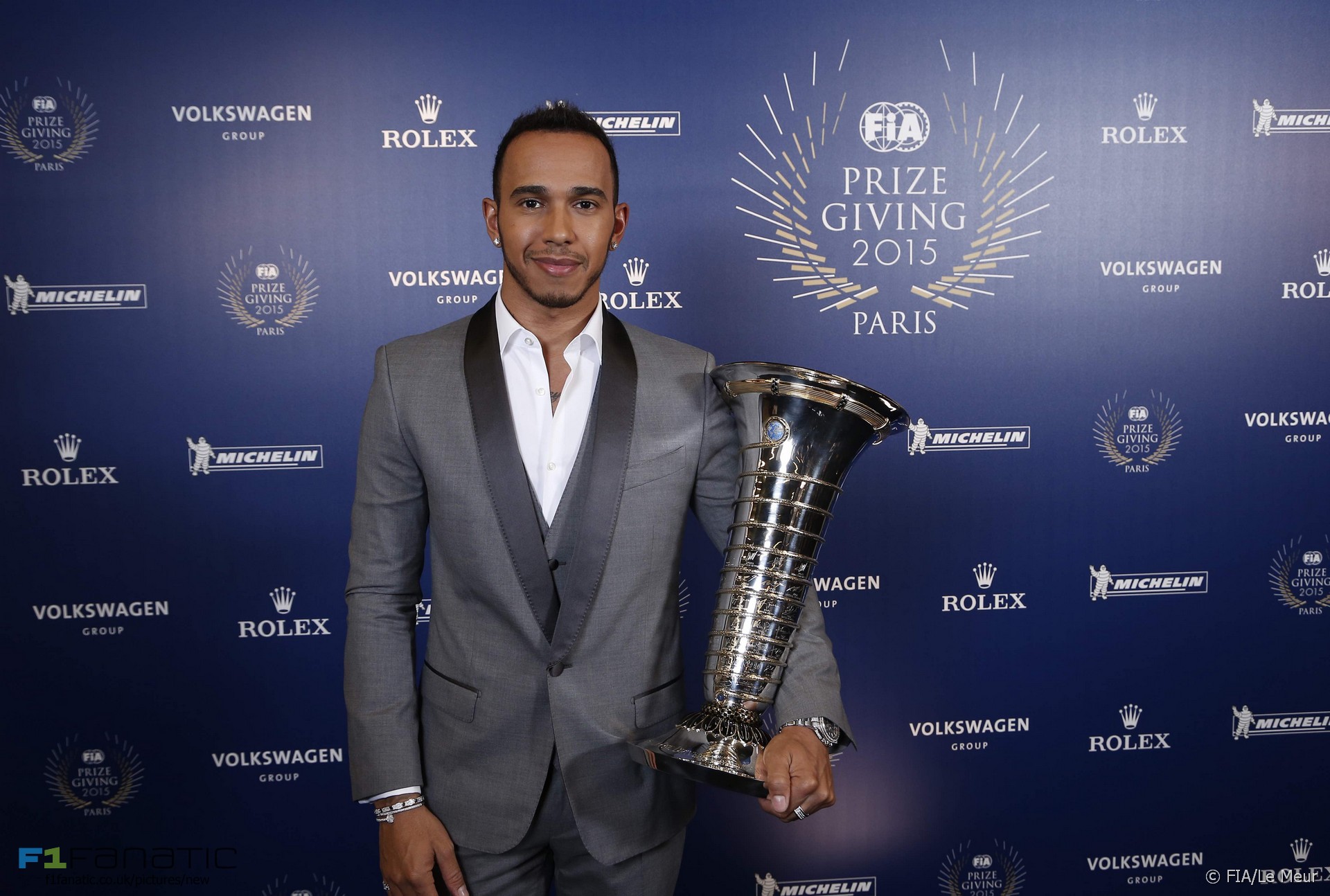 Lewis Hamilton received the Formula One drivers’ championship trophy for the third time at the FIA Gala in Paris yesterday night.

“It’s pretty much impossible to put into words what it means to be a three-time world champion,” said Hamilton. “It is a dream, it’s an incredible feeling and I’m very proud of my family for everything they did to get me here today.”

“I remember how hard my dad and my mum worked to make sacrifices for me. It’s been a long, long journey – I’ve been racing for 22 years. “This year, winning the race in Austin and sealing the championship there was one of the most special races – there’s a huge sense of pride in what I have achieved.”

However Max Verstappen collected three accolades at the end-of-season prize-giving.

The Toro Rosso driver received awards for Rookie of the Year, Personality of the Year and Action of the Year. The latter, awarded for his overtaking move on Felipe Nasr during the Belgian Grand Prix, was chosen from ten highlights of different FIA championships throughout the 2015 season.

Bernie Ecclestone gave Formula One Management’s Best Promoter Award to Corporacion Interamericana de Entretenimiento for their work on the Mexican Grand Prix, which was attended by over 130,000 fans on race day.