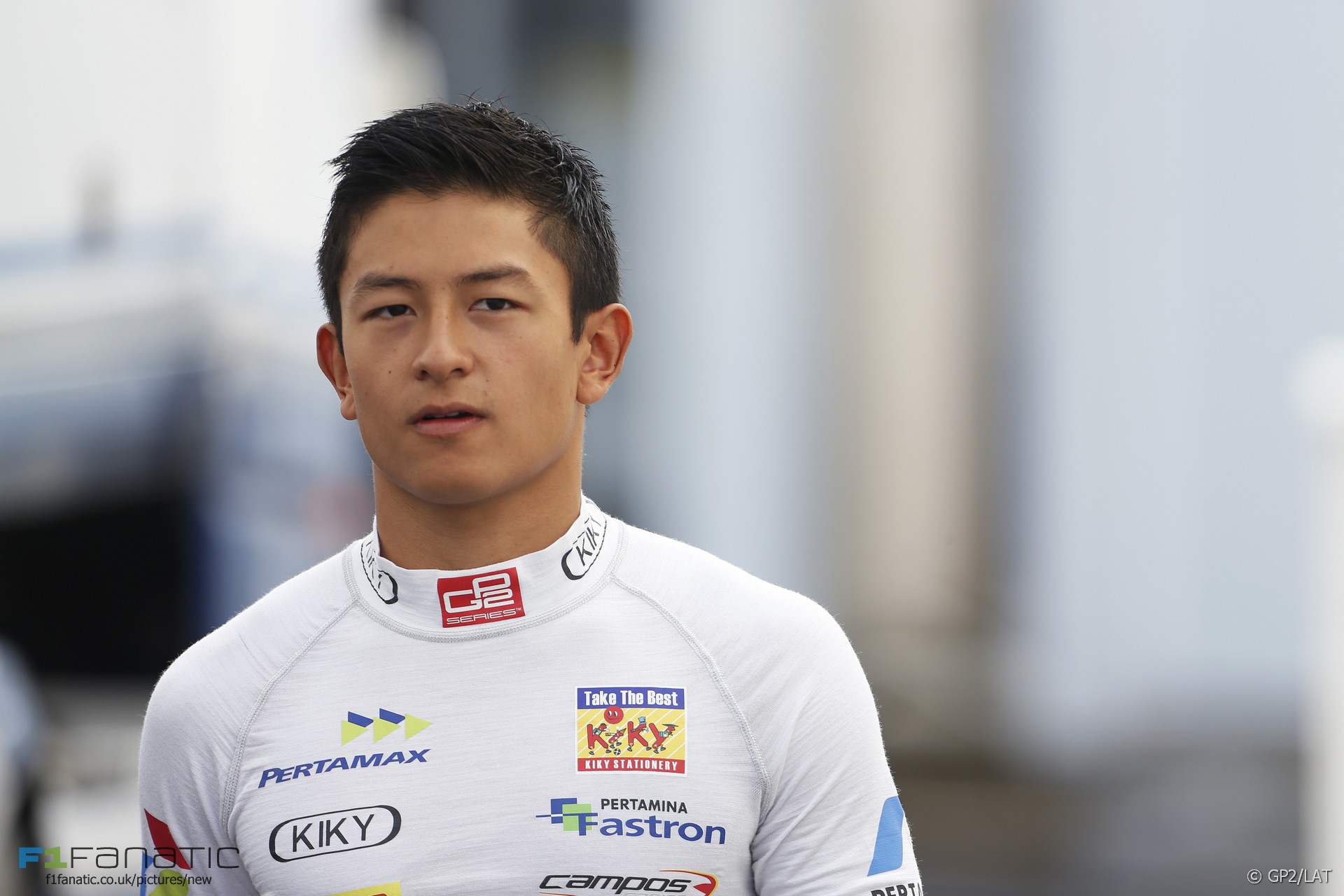 The Indonesian government has offered Manor €15 million (£10.8m) to run Rio Haryanto in next year’s championship.

Haryanto has the backing of the Indonesian Ministry of Youth and Sports, which today tweeted a photograph of a letter to Manor owner Stephen Fitzpatrick making the offer (see below).

“Regarding to our discussions with Rio Haryanto and his management, we are pleased to confirm that the Ministry of Youth and Sport of The Republic of Indonesia will guarantee a payment of 15 (fifteen) Million Euro for Rio Haryanto to compete the 2016 Formula 1 World Championship with the Manor Formula 1 team,” said the letter from Youth and Sports minister Imam Nahrawi.

The payments will be made in return for “branding space on the race cars and drivers’ race wear plus a host of promotional activities to promote Indonesia and associated companies”.

Haryanto, who ended his fourth season of GP2 this year in fourth place, tested for Manor in Abu Dhabi last week. He first tested for the team in 2010, when it competed as Virgin.