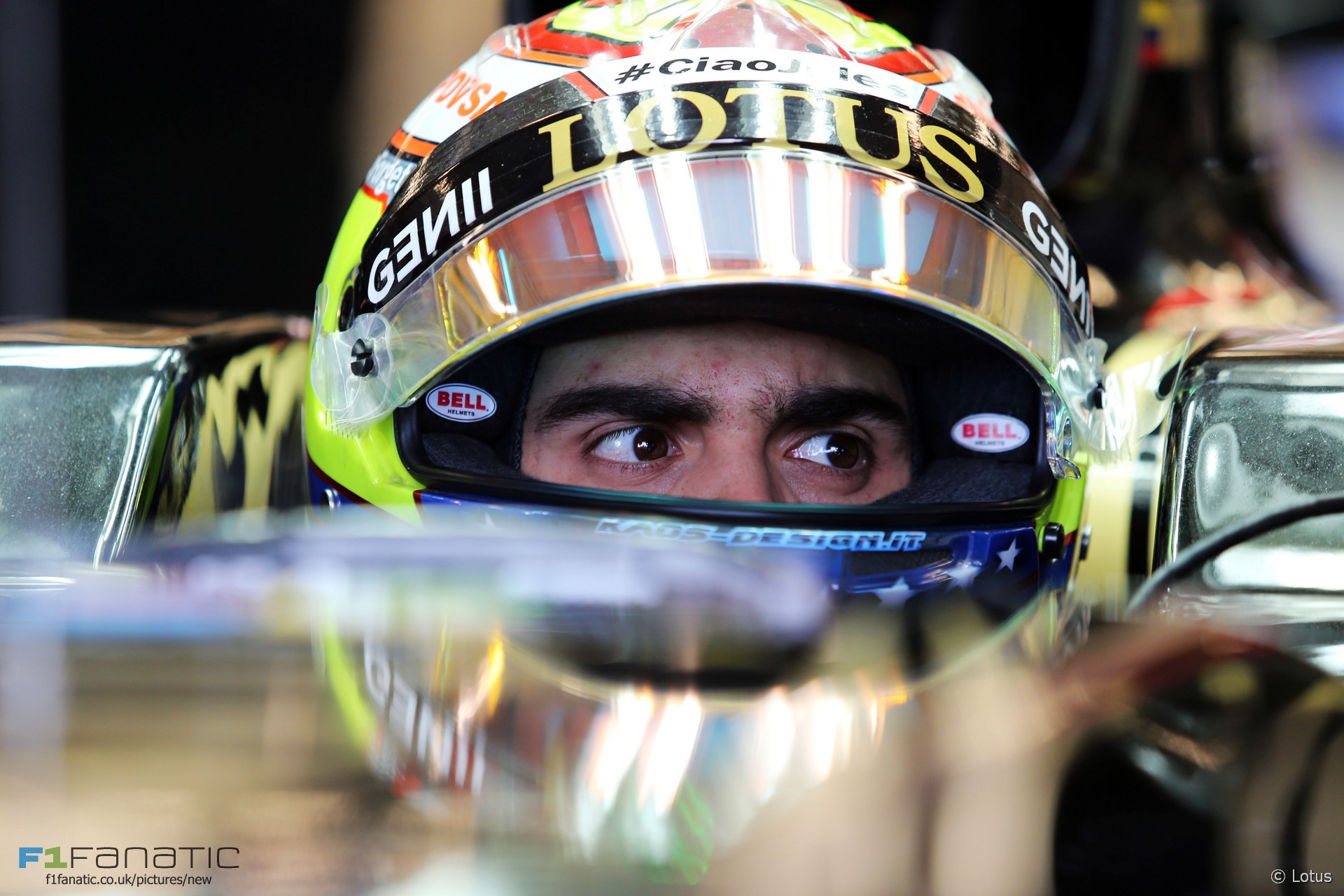 In the round-up: Pastor Maldonado says F1’s stewards take a tougher line when he is involved in incidents.

Maldonado: My mistakes are news of the day... (Crash)

"I saw during the year so many crashes and incidents against two different drivers and they were maybe not that hard on the decisions. Sometimes with me they are a bit harder, but it is part of the game."

"By going to a car that has an enormous amount of downforce and a very complex aerodynamic shape, in our opinion it will make overtaking more difficult. That's our fear at this moment."

"That's right, ‘cartel’ is the correct word. Unfortunately, I only became aware of the situation at the end, when it was already too late."

"F1 has learned the art of lock-up. You are talking about a top person, and you have to wait a year. And the teams are wealthy enough to sit them on gardening leave for a year."

Reason why i became a race driver… Pitty because racing will never be back to that, best drivers on the best races pic.twitter.com/UezMcZtbql

Looking good, guys. First pit stop practice with our showcar is in the books. 💪 pic.twitter.com/bamCZYxota

Yesterday’s news that the Indonesian government is offering monye to get Rio Haryanto into F1 reopened the debate about pay drivers:

F1 needs to realize that this sort of thing damages the brand and taints the sport.

To be a credible sport worth watching demands that the best talent get their chances.

Plus, when a backmarker team does this, it removes a big part of their justification to exist. Small teams are where promising talent can get their start, but if the space is taken by pay drivers then why should anyone be a fan?

Fans should actively campaign against this behavior.
@Tigen

61 comments on “Stewards are harder on me – Maldonado”