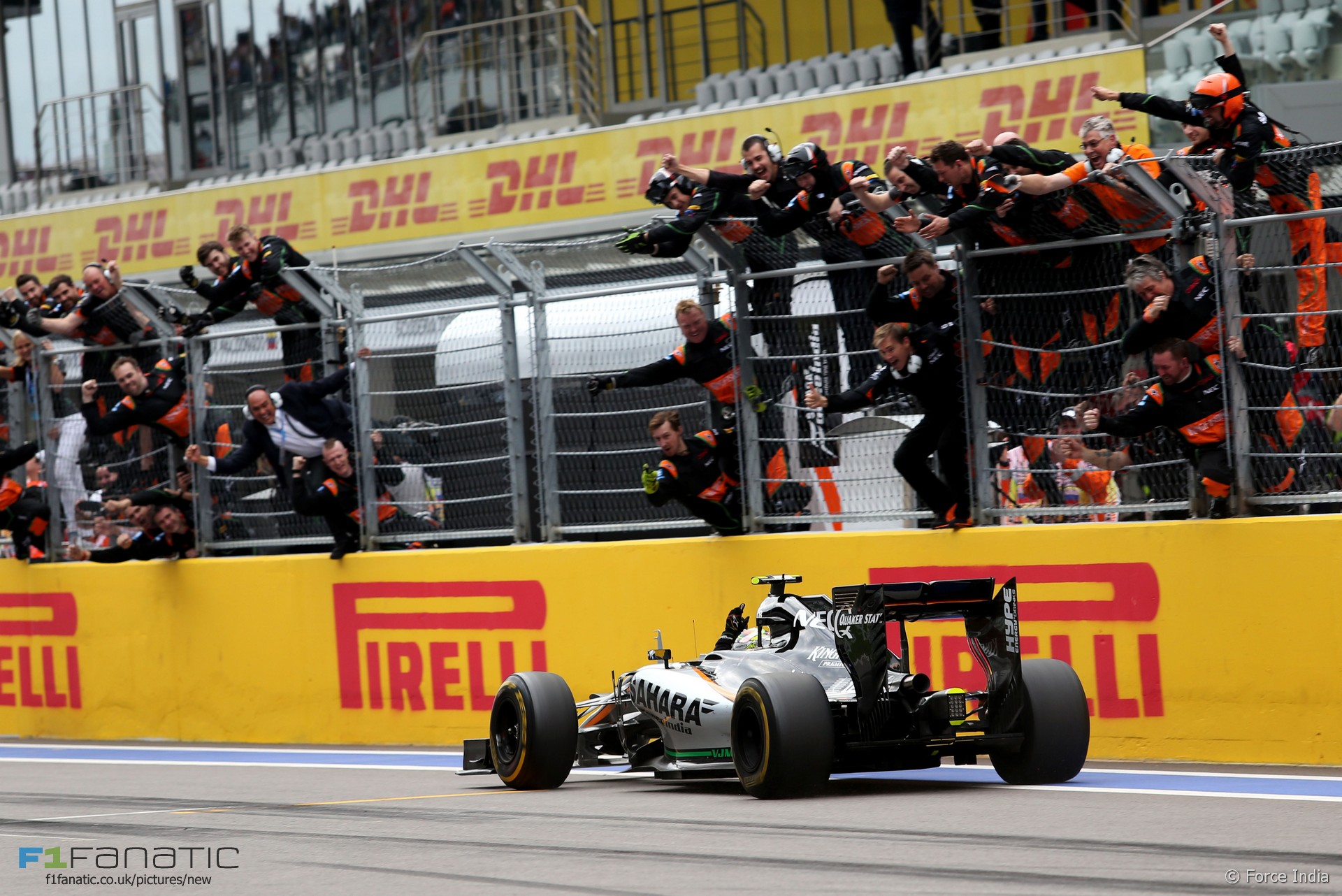 Few teams had as much cause to be satisfied with their year’s work in 2015 as Force India.

The team arrived in Melbourne under a cloud of financial uncertainty and with only minimal testing on a car which was outwardly very similar to its predecessor. Eight months later they left Abu Dhabi with 136 points, one podium finish and their best-ever result of fifth place in the constructor’s championship. That is surely more than anyone at the team might have expected.

So often in the past Force India have begun their year strongly only to gradually fall back down the field as they were out-performed and out-spent in the development race. But in 2015 the arrival of a ‘B-spec’ version of the team’s VJM08 chassis at Silverstone and the subsequent progress they made with it meant that trend was reversed.

The team struggled for pace in the opening third of the season, recording just two points finishes and two Q3 appearances over the first six races. But much hope was invested in the progress they would make with their upgraded car, refined for the first time using Toyota’s wind tunnel in Cologne.

After the long-delayed VJM08 ‘B-spec’ finally appeared at the post-Austrian Grand Prix test the team only failed to score any points at just one race for the remainder of the season, earning an average of nine points per race.

On the driver front Sergio Perez turned in one of the great unsung efforts of 2015. Over the final ten races of the season, Perez outscored his highly-rated team mate Nico Hulkenberg 63 points to 34 and secured only the team’s third ever podium appearance in Russia – albeit thanks to a slice of luck on the last lap.

At Perez’s first ever home grand prix in Mexico, Force India enjoyed the kind of passionate support rarely seen in modern Formula One outside of Monza – and certainly more vocal than what they ever received at the Indian Grand Prix.

Hulkenberg too enjoyed another solid year, with a great qualifying in Austria to line up on the third row and top six finishes in Austria, Japan and Brazil, but his greatest achievement of the season came in Porsche’s LMP1 919 at Le Mans, rather than a Formula One car.

With what is clearly the team’s strongest-ever driver line-up, it’s little surprise to see the team retain both Perez and Hulkenberg into 2016. The management team also deserve credit this season for allowing Hulkenberg to race at La Sarthe in the first place – something their rivals wouldn’t do for their drivers.

At a time when sportscar endurance racing is enjoying a renaissance, Hulkenberg’s victory for Porsche alongside Tandy and Bamber at one of motorsport’s most prestigious events certainly helped raise the profile of both Hulkenberg and Force India over the rest of the F1 season, as well as providing fans of all motorsport with one of the most memorable storylines of recent times.

But despite securing their highest ever finishing position, the future of the ‘Force India’ name in Formula One still remains uncertain. Intense rumours over a potential rebranding of the team to Aston Martin continue to swirl in the media but nothing, as of yet, has been formally announced.

The key now will be whether or not the team can maintain their late season momentum into next year. But given what they achieved in 2015, it would be brave to bet against them doing so.

8 comments on “Upgrade propels Force India to best season yet”