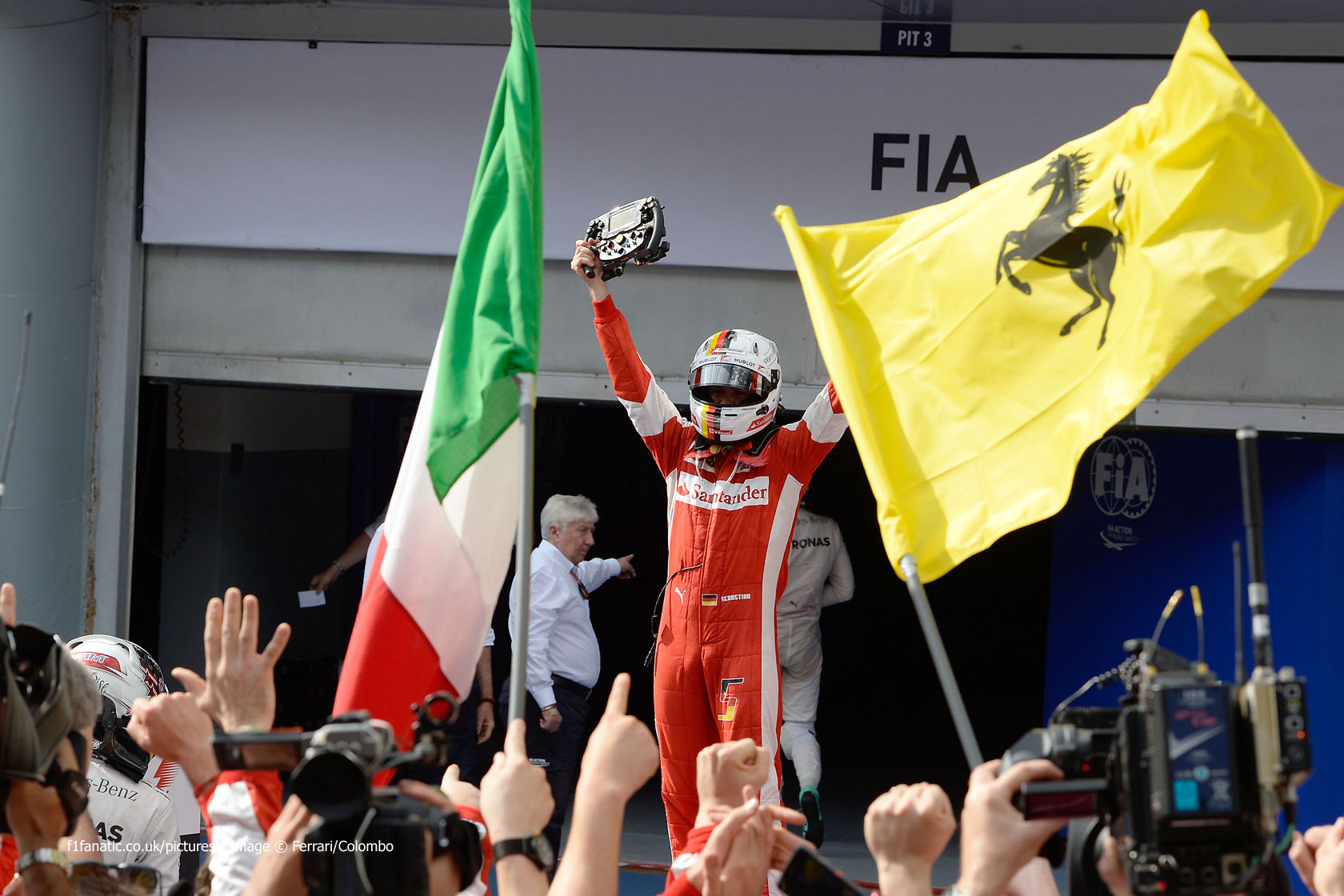 Maurizio Arrivabene’s first year at the helm of Formula One’s most famous and celebrated team was a resounding success. Ferrari bounced back from a win-less 2014 to take a trio of victories.

And while they were unable to mount a serious challenge to the all-conquering Mercedes for the titles in 2015, Ferrari strength across a variety of tracks and conditions showed real progress has been made and the team is back to being a force to be reckoned with.

Along with the arrival of Arrivabene, Sebastian Vettel took the place of the disillusioned Fernando Alonso and a major reshuffling of the technical department saw the departure of several familiar faces. In theory 2015 was supposed to be a rebuilding year, and Arrivabene’s original target of two victories looked a little optimistic.

But as early as the first pre-season test in Jerez in February it was clear that Ferrari had made major strides with the SF15-T. That early promise was quickly realised at only the second round of the season in Malaysia. Vettel executed a flawless two-stop strategy to outwit Mercedes and snatch a brilliant victory, the team’s first for almost two years.

It was a performance that would set the tone for the rest of Ferrari’s season. While unable to match the sheer pace advantage of Mercedes at the vast majority of races, Ferrari were comfortably and consistently the second-fastest package – at least in Vettel’s hands.

The newest driver to wear Ferrari red took the final spot on the podium behind the two Mercedes on eight occasions, qualified outside the first two rows of the grid in only five rounds all season and took two more victories in Hungary and Singapore. He rebounded from his own poor season 12 months ago, and remained a serious threat to Nico Rosberg’s runner-up position in the championship until the final races.

In sharp contrast to Vettel, Kimi Raikkonen had another largely forgettable season in the second Ferrari. The 2007 world champion struggled to match the pace of his team mate for the second consecutive season, out-qualifying Vettel only four times all year and spending only 215 racing laps ahead of Vettel, compared to 718 behind.

There were also a number of uncharacteristic mistakes from him, including a pair of collisions with Valtteri Bottas which, fortunatley for Rakkonen, came after Ferrari had extended his contract for another season.

However, there were still flashes of the brilliance that Raikkonen is capable of in 2015. In Bahrain, he produced the kind of gutsy, aggressive drive that he became famous for in his early years in the sport to take his first podium for Ferrari since returning to the team after dispatching Rosberg’s Mercedes for second in the closing laps. Raikkonen also tailed his team mate in second in Hungary for 48 laps, until an MGU-K issue ended his hopes.

But perhaps the most important achievement Ferrari made in 2015 was to re-establish their identity. After years of frustration and speculation of tension within the team, both Vettel and Arrivabene have injected a level of infectious energy into the team that has been sorely missing in recent times.

Vettel’s humorous press conference quips and Arrivabene’s passionate leadership have brought back some much-needed character to Ferrari and there is a strong sense of optimism surrounding the team’s future. With the arrival of Haas, Ferrari will also benefit from a new ally in the paddock next season – although the nature of their relationship is likely to be under intense scrutiny in the beginning.

After scoring over 400 points this season, Ferrari have established themselves as the team with the greatest chance of putting a stop to the all-conquering Mercedes juggernaut next year. The team have the money, the resources, the technical prowess and the drivers to challenge for titles next year. but they’ll need to make sure that the make the most of everything they have if they are to do so.

12 comments on “Vettel and Ferrari rediscover their winning ways”