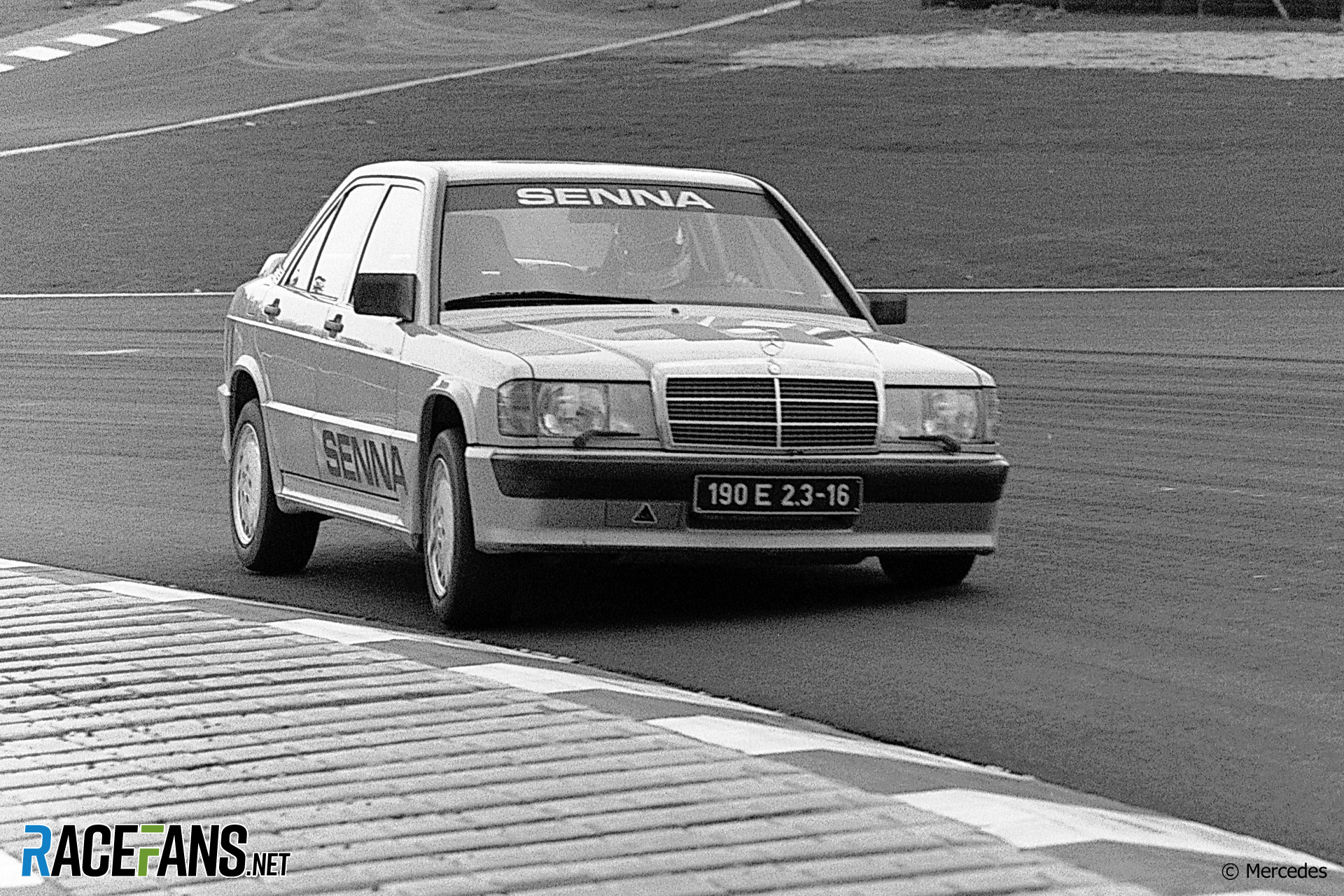 A full-length video of a race which saw a young Ayrton Senna take on and beat a group of Formula One world champions has recently appeared.

[retromputoleman01]The race for identical Mercedes 190 E saloon cars featured 20 drivers, half of which were already F1 world champions. It was arguably the first occasion Senna proved his abilities against top-flight F1 drivers, three weeks before his celebrated performance in that year’s Monaco Grand Prix.

The event was held to mark the opening of the new Nurburgring. Mercedes invited all the living world champions of the day to participate. Among those who could not attend were Mario Andretti and Emerson Fittipaldi, who were competing in the Indianapolis 500.

Mercedes marketing chief Gerd Kremer, who had met Senna the previous year at an F3 race, invited him to take Fittipaldi’s place. At the time Senna had entered just four F1 races with Toleman and had failed to qualify for the most recent of those at Imola.

Senna knew few of the other competitors including Alain Prost, who collected him from the airport. The pair ended up sharing the front row of the grid, with Prost on pole position, and what happened next may well have been the beginning of their subsequent rivalry.

Unfortunately the television director for the event was still showing a lengthy speech by Rhineland president Bernhard Vogel as the race began. According to Prost, Senna forced him off the track at the start, leading him to collide with Elio de Angelis. The latter can be seen pitting with damage later in the race.

While Senna edged away from the pack on a damp, slippery circuit, Niki Lauda made his way past former Ferrari team mate Carlos Reutemann into second place.

Though Senna was clearly giving it everything he’d got, most accounts of the race suggest his rivals were not taking it as seriously. Certainly several of them treated the track limits with little respect – notably James Hunt. And the 56-year-old Hans Hermann trailed around at the rear having reportedly arranged to buy his car and preferring to keep it intact.

Nonetheless some of Senna’s rivals were impressed by what they’d seen of the F1 rookie. John Surtees urged his former employers Ferrari to snap him up for the future and John Watson, who ran close enough to the front to watch Senna drive, praised his commitment through the high-speed chicane at the end of the lap.

It wouldn’t be long before those skills were realised to their full at the wheel of an F1 car.

Along with Andretti and Fittipaldi, Nelson Piquet, Jackie Stewart and Juan Manuel Fangio also chose not to participate.