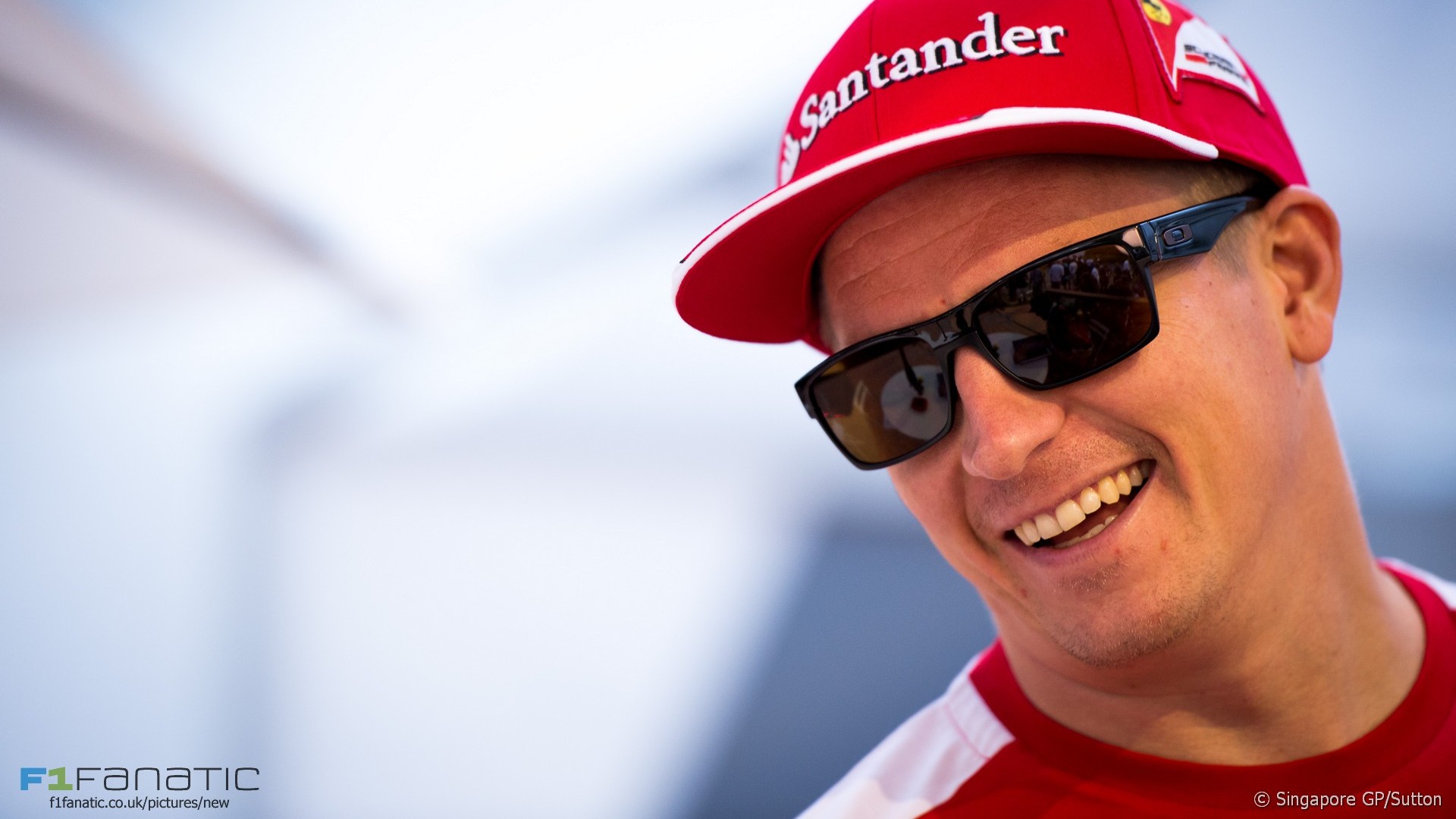 Kimi Raikkonen was at the centre of controversy when he made his Formula One debut 15 years ago.

FIA president Max Mosley said it was “wrong” for the 20-year-old, who had started just 23 car races, to be granted a superlicence to join the world’s elite drivers in F1.

As was the case when Max Verstappen arrived in F1 last year, the FIA began planning changes to its superlicence. In a further similarity, Raikkonen’s arrival was taken by some as proof that the current generation of V10-engined F1 cars were too easy to drive.

Twelve months earlier, talent spotter Steve Robertson had caused a stir by guiding Jenson Button into F1 with Williams from British Formula Three. But Raikkonen had even less experience.

The eight-year-old from Espoo, just outside Helsinki, had originally dabbled in Motocross before switching to karts in 1987. Within two years he was winning domestic championships. But money was tight for the Raikkonen family, and for years he remained in the Finnish and Nordic ICA championships, unable to branch out into the more competitive European kart racing scene.

Raikkonen was 15 when he had the first chance to race abroad, but he swiftly began to make an impression. In an early appearance at the Monaco Kart Cup, an annual race held on a track using the Swimming Pool section and pit lane of the F1 circuit, he brought his car home despite the steering wheel suffering a breakage – he waved the offending part at his mechanic as he crossed the line.

He was back in 1998 to finish third despite having to drag his kart back onto the course following an early crash. He also won the Scandinavian and Finnish Championships that year. By now Raikkonen had been selected by Peter de Bruyn’s team – he and chassis maker Tim Gillard championed their young charge’s racing prospects as he took a strong second place in the 1999 European Kart Championship.

Raikkonen also had the backing of Peter Collins, who had previously championed British talents such as Nigel Mansell and Johnny Herbert. At Collins’ urging, Robertson began seeking a means to get the youngest into a proper racing car.

Raikkonen made a handful of appearances in the Formula Renault UK championship in 1999, but his Mygale chassis was not a competitive proposition and he returned to karting. However John Booth’s Manor team, which went on to run another future world champion in Lewis Hamilton before making their own arrival in the top flight, took a chance on Raikkonen for the 1999 winter series. He produced four wins from four starts.

Even better was to follow when he returned for them in the main championship the following year. While team mate Danny Watts won the season-opener at Brands Hatch, victory for Raikkonen in the second race at Donington gave him a four-point lead in the championship. He never looked back.

After the first ten races, all of which he finished on the podium and seven of which he won, Raikkonen already had the title in the bag. He’d also made successful forays into the European championship, winning at Donington Park and Spa-Francorchamps – the latter his first taste of a track where he has become an established master.

This brought him to the attention of Peter Sauber, whose team was running the established pairing of Mika Salo and Pedro Diniz in Formula One. Persuaded to give Raikkonen a test at Mugello in September, Sauber was impressed to see the youngster set a best time of 1’26.418 – within a second of Michael Schumacher’s Ferrari:

The team planned to place Raikkonen alongside Nick Heidfeld in an all-new driver line-up for 2001. Sauber admitted he had lower expectations of the more junior driver, “but he has surprised us a lot with what he has said about the car and how methodically he worked,” he said. “He is amazingly precise about his impressions in the car.”

But there was a snag: although Raikkonen was able to qualify for a superlicence his lack of experience meant he faced opposition within the FIA. As 2000 drew to a close the F1 Commission prepared to meet to discuss whether he should be allowed to race in F1 the following year.

The driver himself completed his national service and the media was beginning to get the first taste of his undemonstrative style:

On December 7th the F1 Commission voted almost unanimously to approve Raikkonen’s bid for a superlicence. But that wasn’t the end of the matter. FIA president Max Mosley had cast the single dissenting vote, and he stipulated Raikkonen serve a four-race probation period before the superlicence was confirmed.

“I do not believe that they adopted a defensible position in giving an inexperienced driver like Raikkonen a licence,” Mosley fumed. “It is quite wrong given that we have strict criteria for graduation into F1.”

“When there is a major accident caused by the presence of very inexperienced drivers in F1, I’m the one who will have to explain it to the world’s media and television cameras.”

Raikkonen was the only one of the four new drivers on the grid at the 2001 Australian Grand Prix to be given this treatment. CART IndyCar champion Juan Pablo Montoya, Formula 3000 race-winner Fernando Alonso and British F3 runner-up Enrique Bernoldi joined him on the grid – but only Raikkonen made it to the chequered flag in the points.

He gained his full licence with ease and was soon signed up by McLaren as a replacement for outgoing champion Mika Hakkinen. Much as with Verstappen last year, the concerns over Raikkonen’s promotion had proved misplaced.

And when Mosley’s autobiography appeared last year, it avoided any mention of the time he tried to withhold a licence from a future F1 world champion.