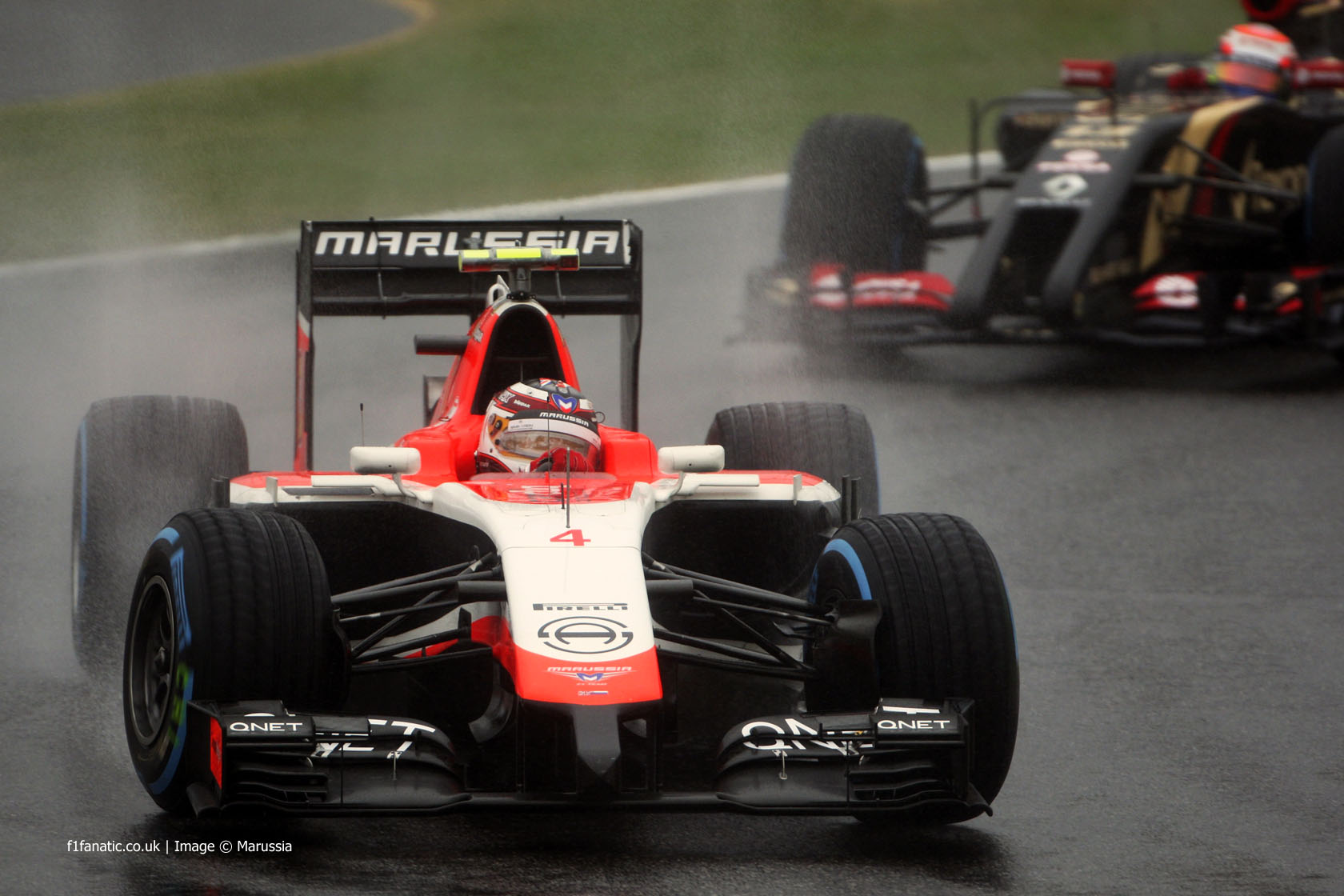 In the round-up: Max Chilton reveals he almost suffered the same fate as his former Marussia team mate Jules Bianchi at Suzuka two years ago.

"I thank my lucky stars that it was not me. I had a very similar moment to him the lap before."

"During tests in the winter of 2014, we discovered there were a lot of other things we needed to address, such as the problem of cooling temperatures in excess of 1,000 C and regenerating heat energy. The three test runs we conducted before the season proved useless."

The tech changes that give Honda confidence for 2016 (Motorsport)

"We have changed the compressor and turbine for 2016. They will be a little bit bigger – but will still be inside the V-bank – with almost the same packaging."

Toro Rosso hired 100 part-time staff to ensure the STR11 is completed in time for the new season following their late change of power unit supplier.

"Whether it is working in the simulator or with the guys in the composites, everything he has done, he has really outshone himself. The level of maturity for his age is quite impressive."

"Bernie Ecclestone, the chief executive of Formula One auto racing, has confirmed to Forbes that the owners of Silverstone, the home of the British Grand Prix, would need his consent to sell the historic circuit."

Notable by their absence from Pirelli/teams/FOM/FIA meeting are Hamilton, Alonso and Button, though. As things stand

A passionate sign-off statement from Maldonado. Ultimate fate of the full-on pay-driver is that when the cash runs out so do the drives #F1

Good little group ride to Italy this am. Nice to ride with my childhood hero and legend Alain.. #Chaingang #JB22 #AlainProst

Contrasting views on the end of Pastor Maldonado’s F1 career:

Great news, I don’t feel sorry for him at all. He had a disgraceful attitude of never admitting his mistakes, unlike for example Grosjean, and was a danger to other racers on the circuit.

I will remember him not for his race win but for his two swipes on Perez and Hamilton on track. I think that’s his deserved legacy.
@John-h

I’m happy and sad about this. I’m happy because F1 seems to be returning to being a meritocracy with talent (Magnussen presumably) winning the day over money (Maldonado). But I’m also sad because, if Pastor had just been able to learn from his mistakes, he could well have delivered performances like those in Spain 2012 more often.
@Geemac

Lotus revealed its T128 on this day five years ago (the F1 car, not the identically-named sports car):

48 comments on “Chilton: I almost had same crash as Bianchi”