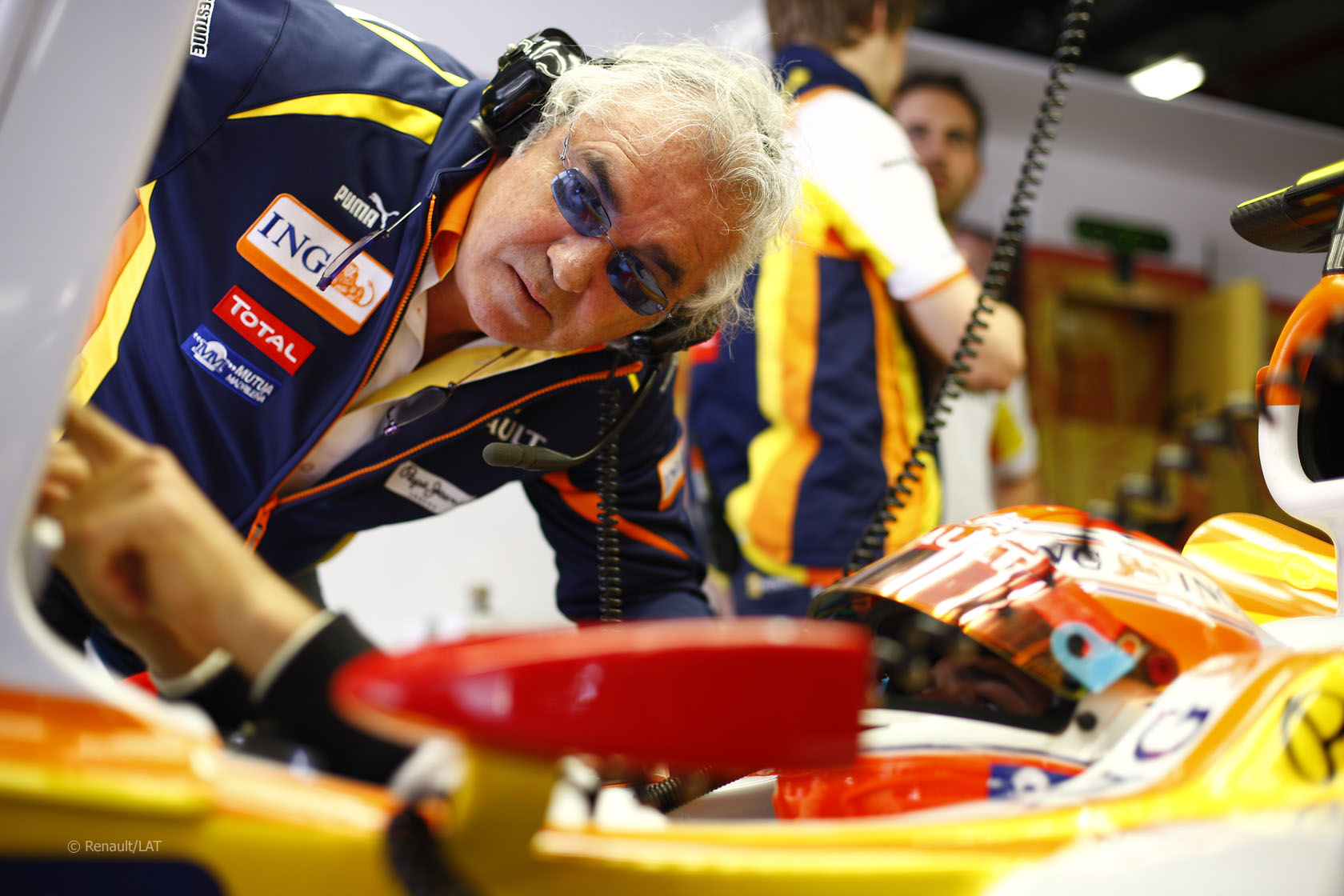 In the round-up: Flavio Briatore claims his expulsion from Formula One over the Crashgate affair in 2009 was because the FIA believed Renault was “too powerful”.

Mercedes: Easier for engine manufacturers to come in now (Crash)

"Because the V10s and V8s were so specialist – 20,000rpm and 19,000rpm naturally aspirated engines - they were very peculiar to Formula One. There's not even any other motor sport categories doing that and definitely not road cars."

"These guys are professionals and they are not disclosing any numbers or anything like that."

"I was in the Ferrari junior programme, which was more basic – a training programme, a lot of gym work and mental work. Williams does that as well, but at the same time I get a lot more time to be closer to the Formula 1 team: more simulator time, more involved at the Grands Prix themselves with the engineers."

"Miles also accused the BBC of plagiarising Limitless for a video filmed for the Formula 1."

"Patty was a wonderful woman, and, over the 46 years that have elapsed since Bruce's death in a testing accident at Goodwood in the summer of 1970, she has always remained close to the company that bears her husband's name."

The team killed it this weekend! And looked good whilst doing it 😉 well done guys 🏆👯 #ricciardokart Lauda cancelled the apology practice after they missed hands for the fifth time.
@Wildrover84

Thanks to everyone who joined especially Castwand2, Atomicwolf and Mog who also posted great suggestions.

Disappointment ten years ago today as the Belgian Grand Prix was cancelled. Happily F1’s annual visit to Spa-Francorchamps has remained ever since: