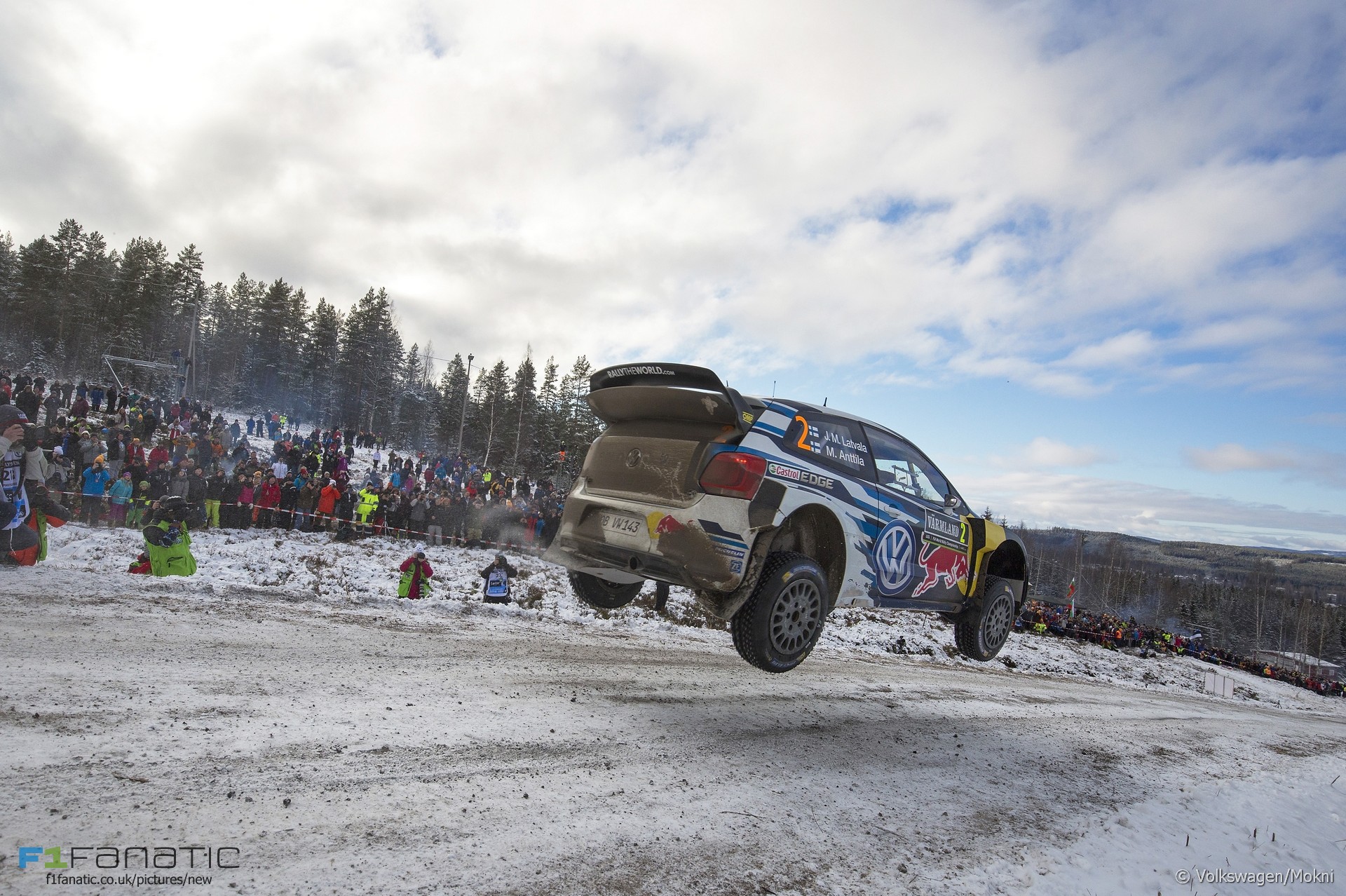 Warmer than expected conditions forced the shortening of the Rally of Sweden which is usually run through thick snow. Sebastien Ogier chalked up another routine victory, however.

For the second rally in a row Kris Meeke was keeping Sebastien Ogier honest until he was tripped up by an unseen rock, putting him out.

Hyundai’s Hayden Paddon picked up the pursuit of Ogier and got within nine seconds of him at one stage. But Paddon eventually had to settle for second, half a minute behind the flying champion.

Mads Ostberg took the final podium place ahead of a ragged-looking Andreas Mikkelsen.

Lando Norris took his sixth victory of the 2016 Toyota Racing Series in the final race of the year at Manfeild but had already wrapped up the title before then. Fourth place in the second race (first video) of the weekend had put him beyond the reach of his closest rival, the Force India-backed Jehan Daruvala.

Norris could only manage third in the weekend’s opening race but that had moved him within striking distance of the crown as Daruvala finished behind him and Pedro Piquet was eliminated in a first-corner collision – triggered, not for the first time this year, by GP2 racer Artem Markelov. Ferdinand Habsburg won race one while Brendon Leitch claimed victory in the reverse-grid race – the only local driver to win a round this year.

Next weekend the NASCAR season begins with the Daytona 500.