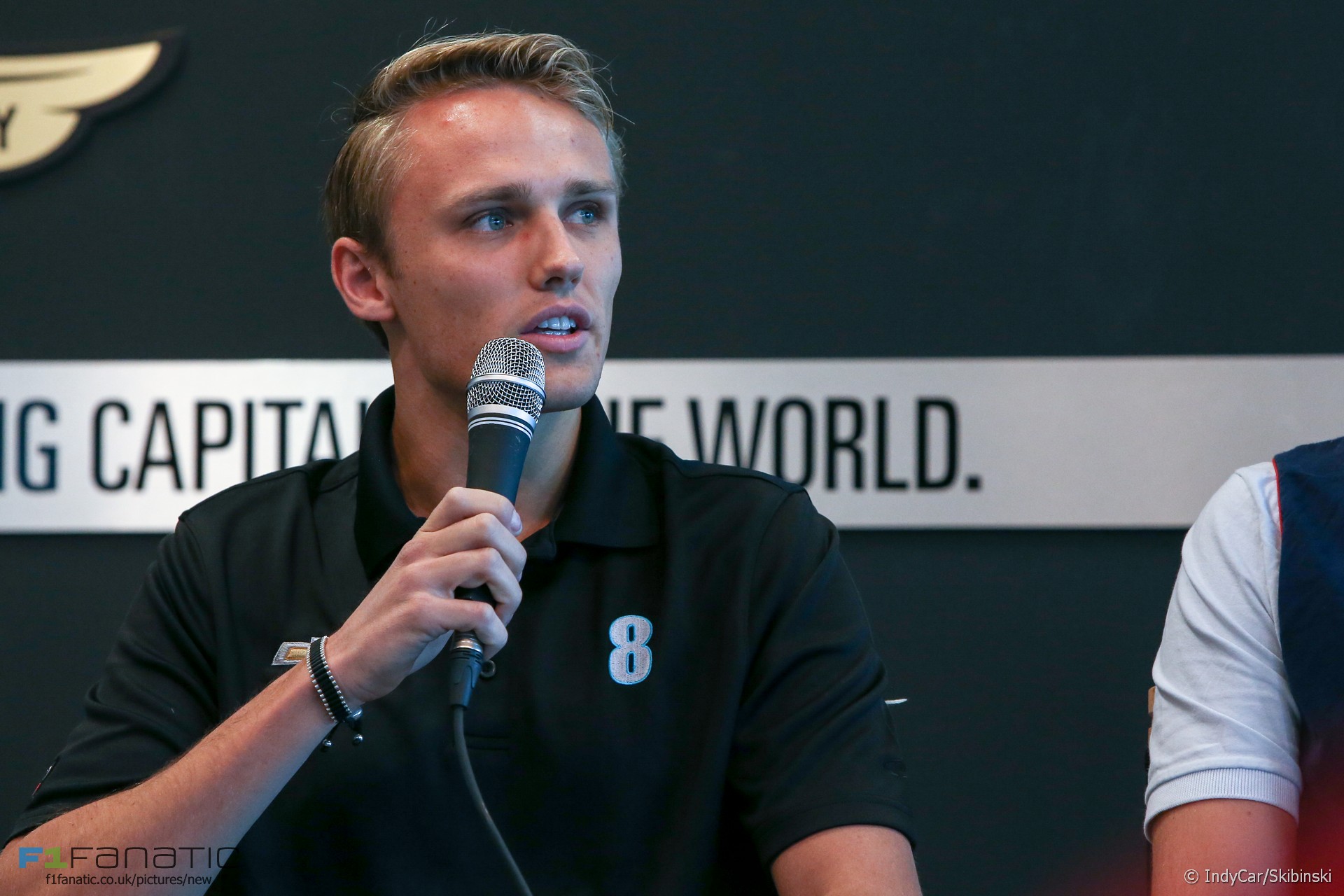 In the round-up: Former F1 driver Max Chilton says he is surprised by how welcoming his rival drivers are after moving into IndyCar.

"It is quite eerie how welcoming everyone is. I understand the team being welcoming but the drivers, I'm not use to that."

"I spend a lot of time in the States, know quite a few people there, so IndyCar is an option."

"Asked about the rumoured deal with (IndyCar team) Andretti Autosport-Herta, Rossi said: 'We've had some discussions but we’re also looking at things in other disciplines, like WEC. We’re looking at all the options.'"

"If we build cars that are great on downforce, but you can't overtake anymore, and Pirelli has to put 35psi into the tyres to make them last, then the sport is not being helped in any way, so we need to find a reasonable approach."

Also. I see we've taken another step back in the "pretty cars" category. When can we kick the appendage nose thing?

The world champions’ new car appeared for the first time yesterday and SM liked the sound of it:

That Mercedes sounds beautiful when you listen to it from the cockpit like in that video! It might be too early to tell, but it sounds more like the Honda engine than last year’s Mercedes.

FOM should put all the microphones for the television onboard audio in the cockpit.
SM

The non-championship Australian Grand Prix at Lakeside was won by Graham Hill 50 years ago today.

29 comments on ““Welcoming” IndyCar drivers a surprise after F1 – Chilton”