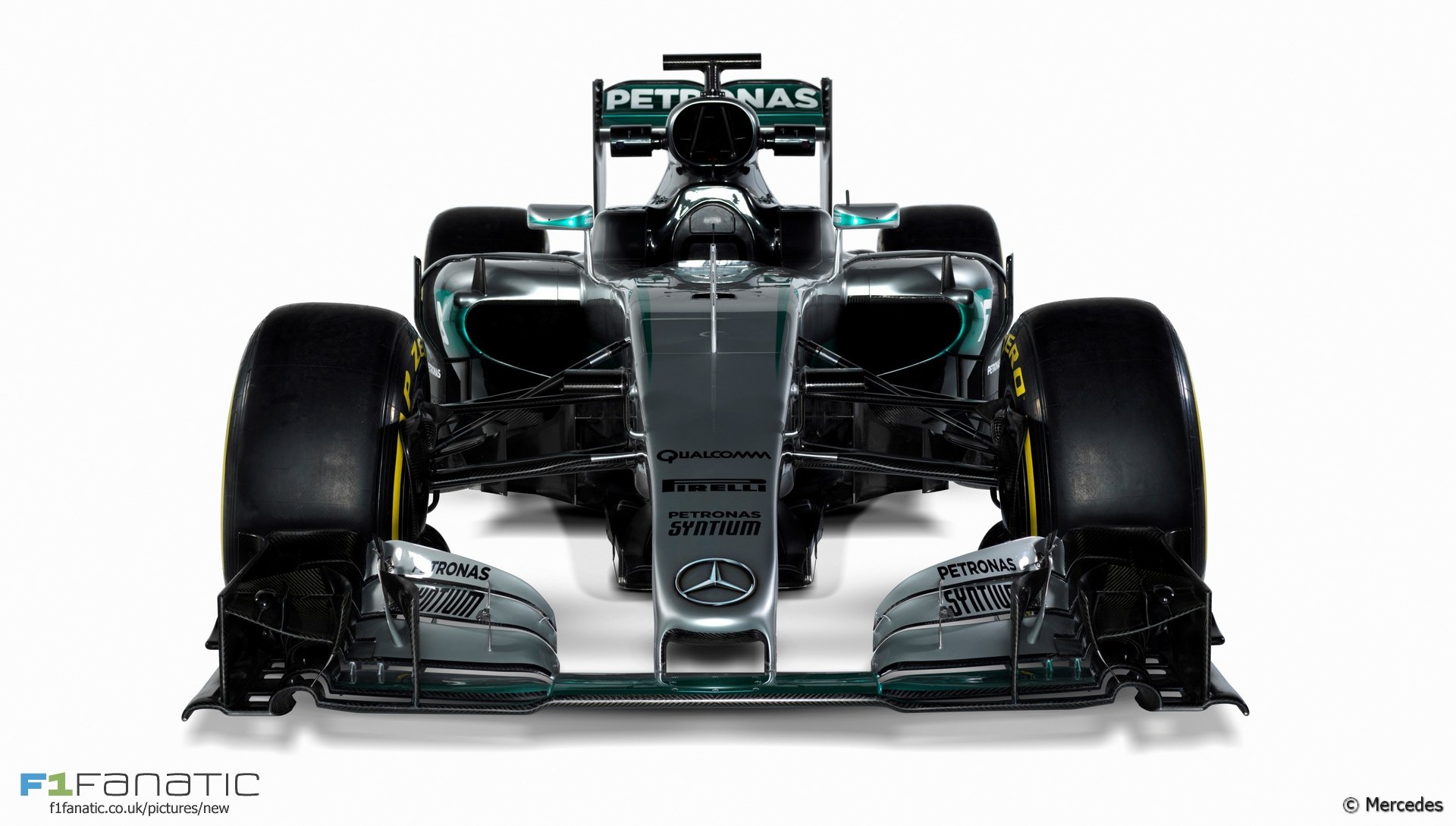 Mercedes has revealed the first images of the new W07 as the team prepares to defend the world championship titles it won in 2015 and 2014. The car is outwardly very close in design to the W06 which won 16 races last year.

“The car may look very similar to its predecessor from the outside,” said executive director for technical Paddy Lowe, “as is inherent within stable regulations – underneath there are quite a lot of mini revolutions that make up an overall evolution for the new season”.

“2016 is another carry-over year from a regulatory point of view and potential gains inevitably become harder to find under these circumstances,” he added.

“To get the performance out of this new generation of power units, you need to chase efficiency. That’s both combustion efficiency and efficiency in the various energy transition steps – i.e. MGU-H, MGU-K, turbocharger, power electronics and batteries.”

“We’re constantly working on every single piece of the puzzle to improve performance at the crankshaft, while also seeking to ensure we don’t suffer any of the problems we had last year with reliability. So, it’s about getting down to the root cause of issues and making sure that everything is robust across our whole process, as much as extracting performance.”

“Many people thought that there was not much opportunity to move things forward,” Cowell added, “but that has not been the case.” He expects teams to find more gains for fuel and lubricants development in the year ahead.

“There have been significant new advances – and fuel and lubricants have been one of the main focus areas. Our 2015 mid-season update incorporated a sizeable step in fuel performance from Petronas. Then, later on in the year, we also introduced a new lubricant.”

“We’ve made further progress in the way we’ve designed the combustion system and also enhanced the properties of the lubricants to reduce friction in the engine.”