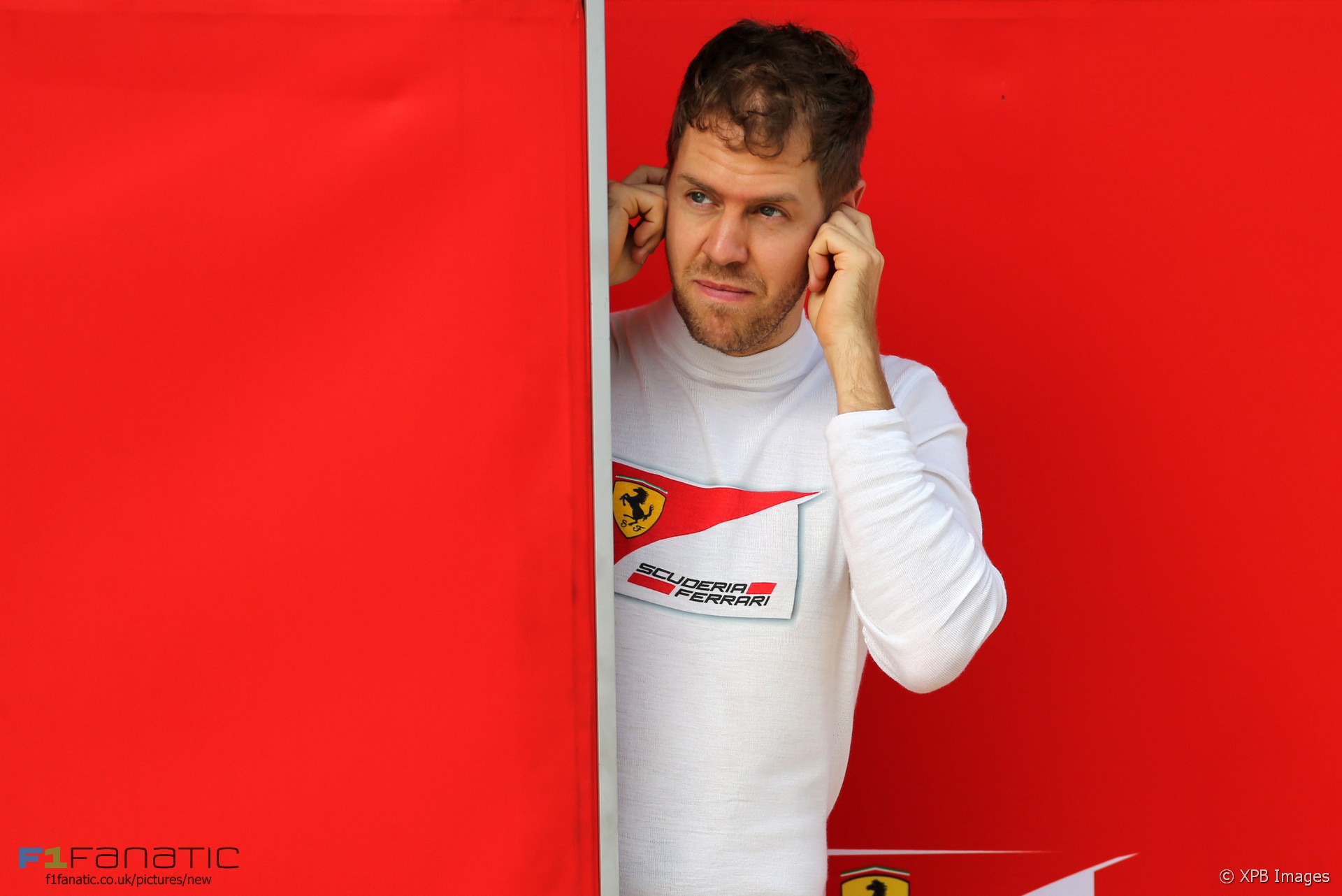 Sebastian Vettel says F1’s engine have got louder this year but believes they need to increase the volume further.

Changes to the exhaust configuration have been required by the rules in 2016 in an attempt to increase the noise produced by the current generation of V6 turbo hybrids.

“About the engine, I can say it is nice to have a bit more sound coming back,” said Vettel after the second day of testing. “It is still not as loud as it could or should be but it is a lot better than it was, now sounds a bit more like Formula One.”

Vettel revealed he had an off-track moment during today’s second session, in which he was fastest for the second day running. He said he was pleased with the feedback from the new SF16-H but added it is “crucial that Kimi [Raikkonen] has a similar impression” when his team mate drives the car for the first time tomorrow.

“We tried to understand how the car reacts, obviously we had an idea and certain expectation, but when you run the car on track it is always a bit different, you are then dealing with temperatures, cooling etc…”

“Sometimes you have to stop a bit longer than necessary or than you really want, just to check, other times the driver goes off track, like I did this morning. But these things happen. Overall we are happy, but we know that we need now a lot of mileage, so there is a lot of work ahead of us. ”