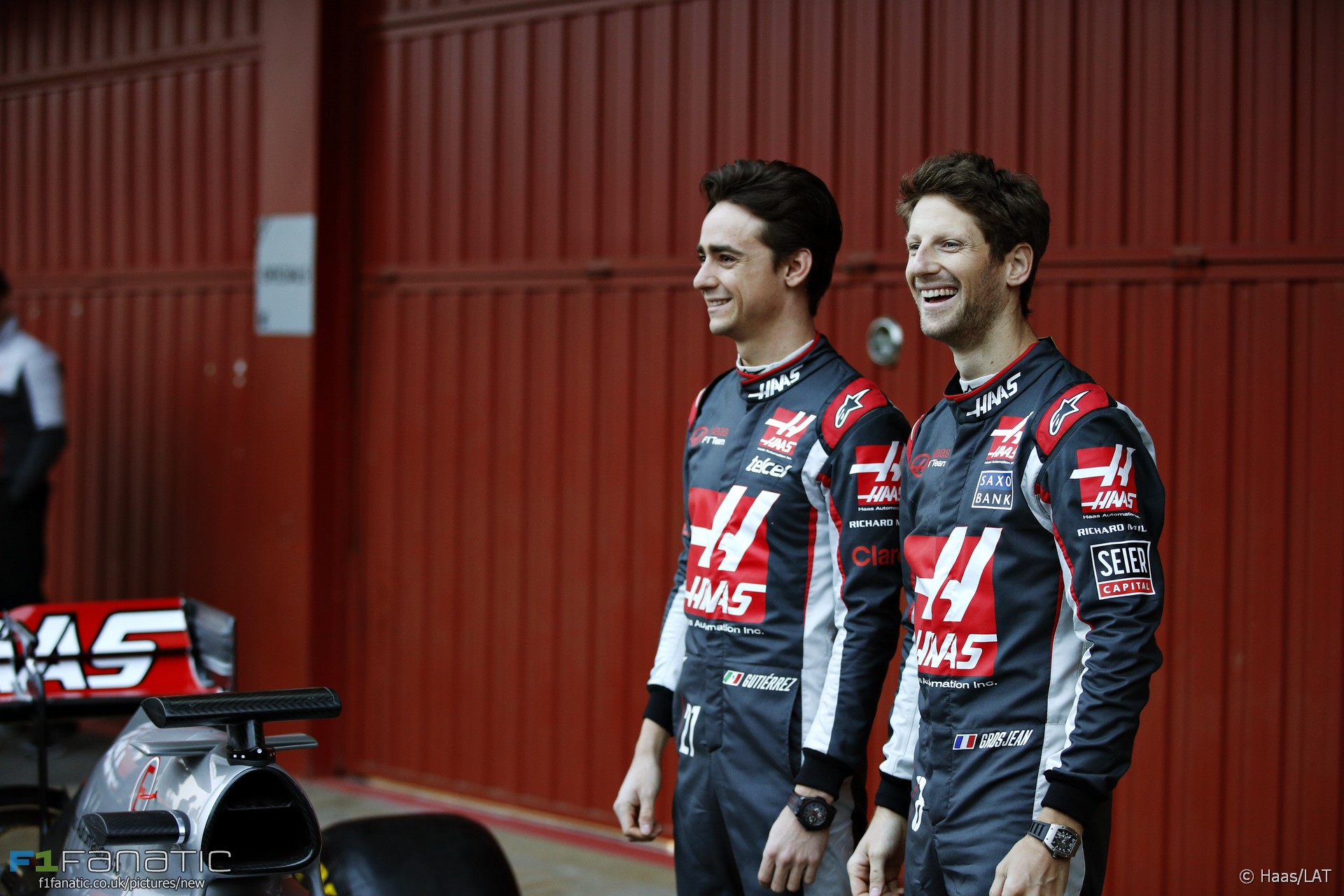 "I've told the FIA this and asked them what they'd like to do with it but the bottom line is there's not a lot they can do with it because we do all the timekeeping."

Haryanto admits to big step up from GP2 (Crash)

"We will get a much better picture next week because people will go into qualifying simulations,” Nelson added. “Everyone will be running the sticky tyres – the supersofts and the ultrasofts."

Bottas: Gains on 'many weaknesses' (Autosport)

"The car feels better than last year's car, I'm feeling positive, but we still have no idea where we are."

"The non-competing clause Mallya and Diageo signed off allows him to continue his business interest in the UK. 'Having recently turned 60, I have decided to spend more time in England, closer to my children,' he said in a statement issued to the media on Thursday evening."

"The first day of testing arrived amid quotes from Bernie Ecclestone that Formula 1 as a product had never been worse. I found it sad that a season in which I have so much expectation should be launched to such a dismissive narrative from the man charged with promoting the sport."

Preparations for Azerbaijan’s first grand prix are underway in Baku where the roads are being resurfaced ahead of June’s street race.

Why has it suddenly become so important for Ecclestone to, in his words, “muddle up the grid so that the guy that is quickest in qualifying doesn’t sit on pole”?

To think that only two years of Mercedes performing astonishingly better than fellow F1 rivals, especially such F1 darlings as Ferrari and Red Bull, has led to incessant criticism from Ecclestone and calls of changes to the rules from fans is simply astonishing. It has not been four years (2010-2014 for Red Bull) yet or five years (2000–2004 for Ferrari), it has only been two championships.

Did they not say there are new rules coming up to shake up the sport in 2017? Why not wait till then? No one knows exactly how the championship this way will swing. But even if Mercedes wins, have they not worked hard enough for it and so merit the victories and success?

Where is the motivation for automobile manufacturers to be involved in the Formula One series and to aspire to be the best the sport has ever seen in auto technology if the goal post has to be shifted in the middle of the game in the hope that they would be handicapped?
Tata