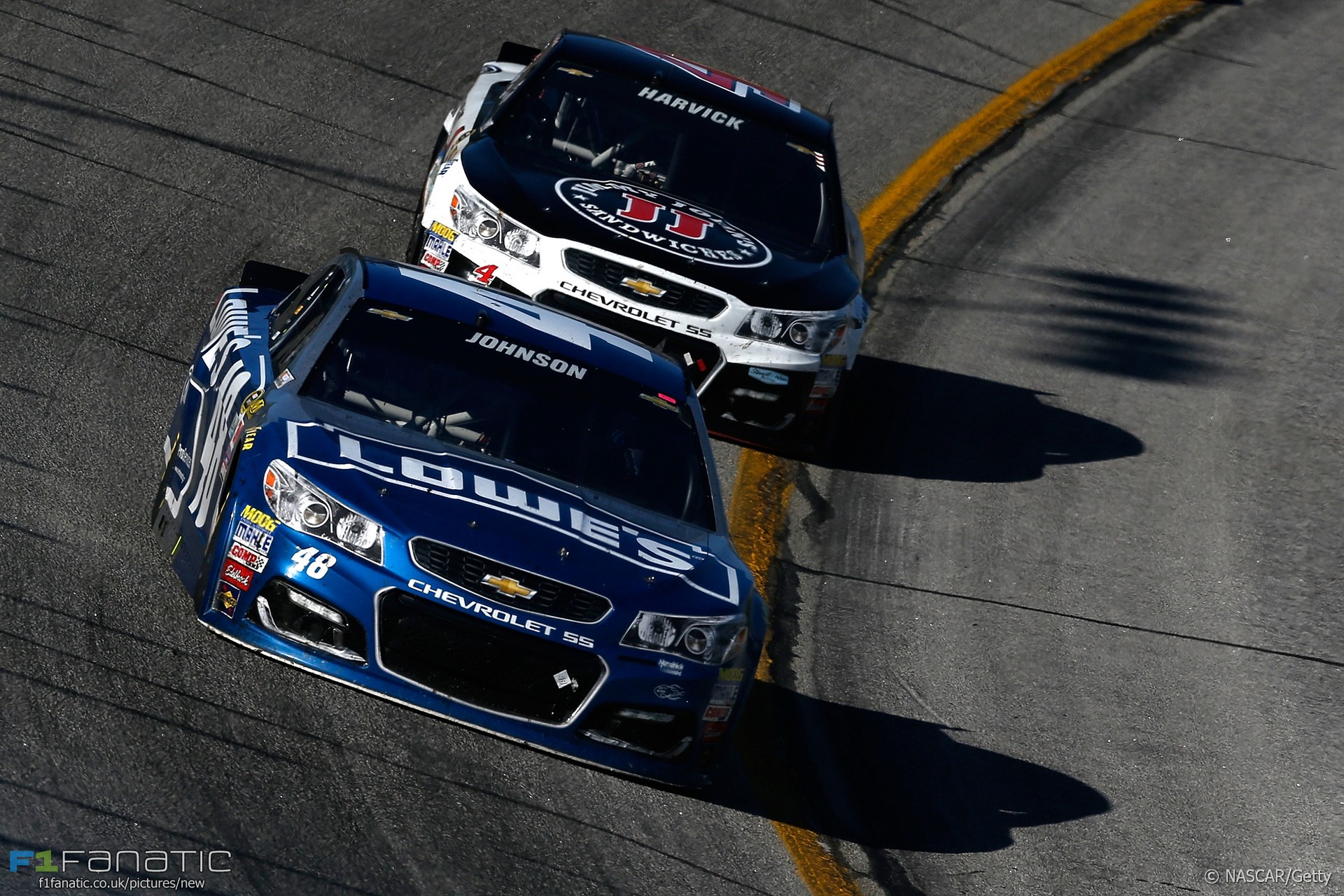 While much of the motor racing world remains in hibernation, the second round of the 36-race NASCAR championship took place yesterday at Atlanta.

Jimmie Johnson came through to take the victory in a race that echoed that of last season as he battled Stewart-Haas driver Kevin Harvick for the win. Kurt Busch took pole position ahead of the race but could only manage fourth at the end.

Johnson was already the most successful active driver in terms of race wins following Jeff Gordon’s retirement. His victory saw him equal the 76 victories achieved by legend of the sport Dale Earnhardt which puts him seventh on the all-time winners’ list.

The outright record of 200 wins is held by Richard Petty.

Did you find any other racing action to watch last weekend? Let us know in the comments.

Next weekend will see the Australian V8 Supercar championship begin with a triple-header event in Adelaide. Last year’s champion Mark Winterbottom is yet to win at the former home of the Australian Grand Prix. The third race of the NASCAR season will also be held at the Las Vegas Motor Speedway.

Away from the circuits, Sebastien Ogier will be hunting a third victory in as many events at the start of 2016 World Rally Championship from Mexico (above) as the series moves on to Mexico.

Let us know what you’ll be watching in the comments.

8 comments on “Landmark victory in NASCAR round two”