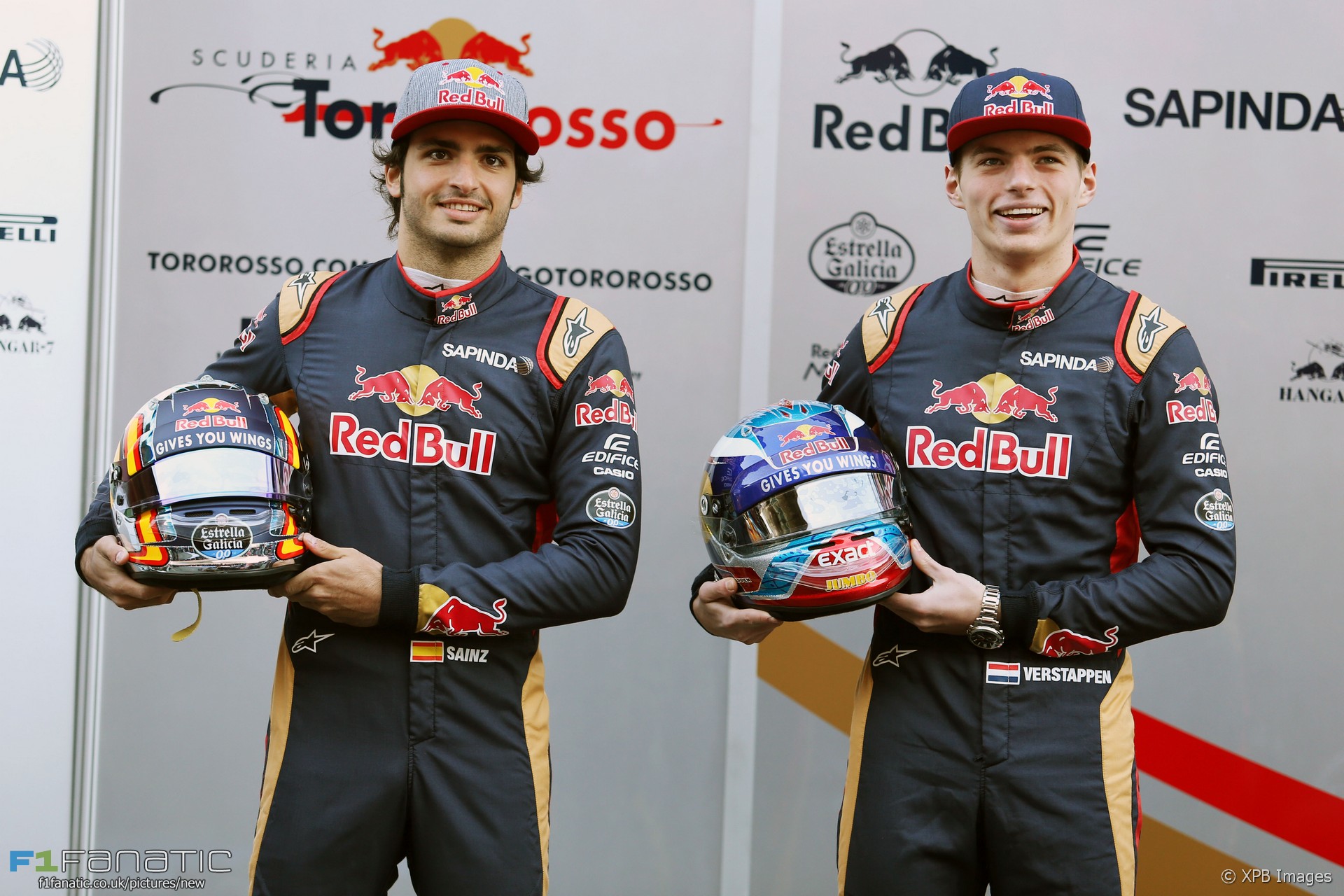 Teams mates: the great F1 misnomer. Because while a team’s drivers have to pool information to improve the car, neither of them can stand being beaten by the other.

And with eight of the eleven teams in the field keeping the same driver line-up that they had last year, there is no room to hide for those who get beaten for a second year running.

But who will come out on top? Cast your vote below.

Will 2016 be the third year in a row in which the drivers’ championship goes to one of the two Mercedes drivers? If so Nico Rosberg will have to raise his game as he hasn’t been able to beat Lewis Hamilton over a season yet.

At the end of last year it seemed Rosberg might have finally turned the tables. The number six Mercedes took pole position for each of the last half-dozen races and won the final three. Hamilton’s explanation was that he lost motivation after clinching the title at Austin, though he certainly seemed to be giving his all at the time.

In his first two years back at Ferrari Kimi Raikkonen has been out-classed by the driver in the other car. However he has been measured against two of the very best in the sport – Fernando Alonso and Sebastian Vettel – and had spotty reliability from his car.

But Raikkonen is a world champion too and at times that hasn’t been obvious from his performances. Will Ferrari keep him on for another season? A lot will rest on whether he closes the gap to Vettel.

Entering his fourth season of F1 Valtteri Bottas has yet to lose to a team mate over a full season. However last year Felipe Massa closed the gap and showed him the way at times.

Bottas had a disrupted start to last season due to a back injury. But even accounting for that he needs to put Massa more conclusively in the shade than he did last year if he’s to seem an obvious hiring choice for a top team.

If there was any team where the 2015 points totals was a poor reflection the efforts of the two drivers it was Red Bull. Daniil Kvyat had a solid first season with a top team but Daniel Ricciardo consistently extracted more from the RB12.

Kvyat is under no illusions about the his team mate’s qualities and recently hailed him as the best driver in Formula One. That was a smart comment to make having edged him by three points last year.

Force India’s two drivers have contrasting strengths which serves the team well: Nico Hulkenberg excels in out-and-out performance while Sergio Perez has a way of massaging the best out of Pirelli’s high-degradation tyres while asking the least of them.

Last year just 17% backed Perez to come out ahead. But he hit a great run of form at the end of the season and out-scored Hulkenberg, reversing the situation of 12 months previously. That makes this one of the most interesting intra-team battles on the grid. On paper this doesn’t look like being much of a contest: Kevin Magnussen already has a full year of racing under his belt in which he acquitted himself well alongside a world champion. Rookie Jolyon Palmer may have an GP2 title to his name but it took him four years to get the job done.

Palmer, however, has the added benefit of having spent all of last year with this team during which time he drove the car in most free practice sessions. Perhaps this won’t be as one-sided as it seems?

Another of the must-watch contests. Toro Rosso’s sophomore duo go up against each other in the hope of landing a promotion to the top team. Max Verstappen won last year and that would have been the case even if Carlos Sainz Jnr’s car hadn’t broken down so often.

With a proven, reliable Ferrari motor behind them this year, and a promising-looking chassis, this could be the best year for Toro Rosso since Vettel giant-killing performances in 2008. Just as was the case 12 months ago it’s Verstappen who’s getting all the hype but Sainz is not to be underestimated.

However the Sauber drivers only rarely made it into the points and when they did it was often because other drivers had dropped out. If they are more regular points-scorers this year the outcome may be different.

McLaren didn’t deserve to have two world champions on their books last year, so far off the pace was the MP4-30 and its underpowered, unreliable Honda engine.

Its successor has run much better in testing however. It remains to be seen how much of a threat the team are going to be – they may only have made it as far as the midfield. It will hopefully be enough to sustain the commitment of two of F1’s elite drivers.

Once again Manor heads into a new season with a pair of rookie drivers. Their contrasting backgrounds make for an interesting match-up.

Pascal Wehrlein was climbing the single-seater ladder until he was picked up by Mercedes and diverted into the DTM. He spent the last three seasons there and clinched the title last season. Rio Haryanto’s path was more conventional but a largely unsuccessful spell in GP2 and the Pertamina cash backing his seat does not invite the view that a major talent has been discovered.

Which Manor driver will finish ahead in the championship?

Esteban Gutierrez has been given a second chance at F1 but he’s going to have to prove himself against one of the rising stars this year. Romain Grosjean gave Pastor Maldonado a hammering at Lotus last year.

In his two previous seasons Gutierrez had a very tough season against Hulkenberg in 2013 but was neck-and-neck with Adrian Sutil in 2014.